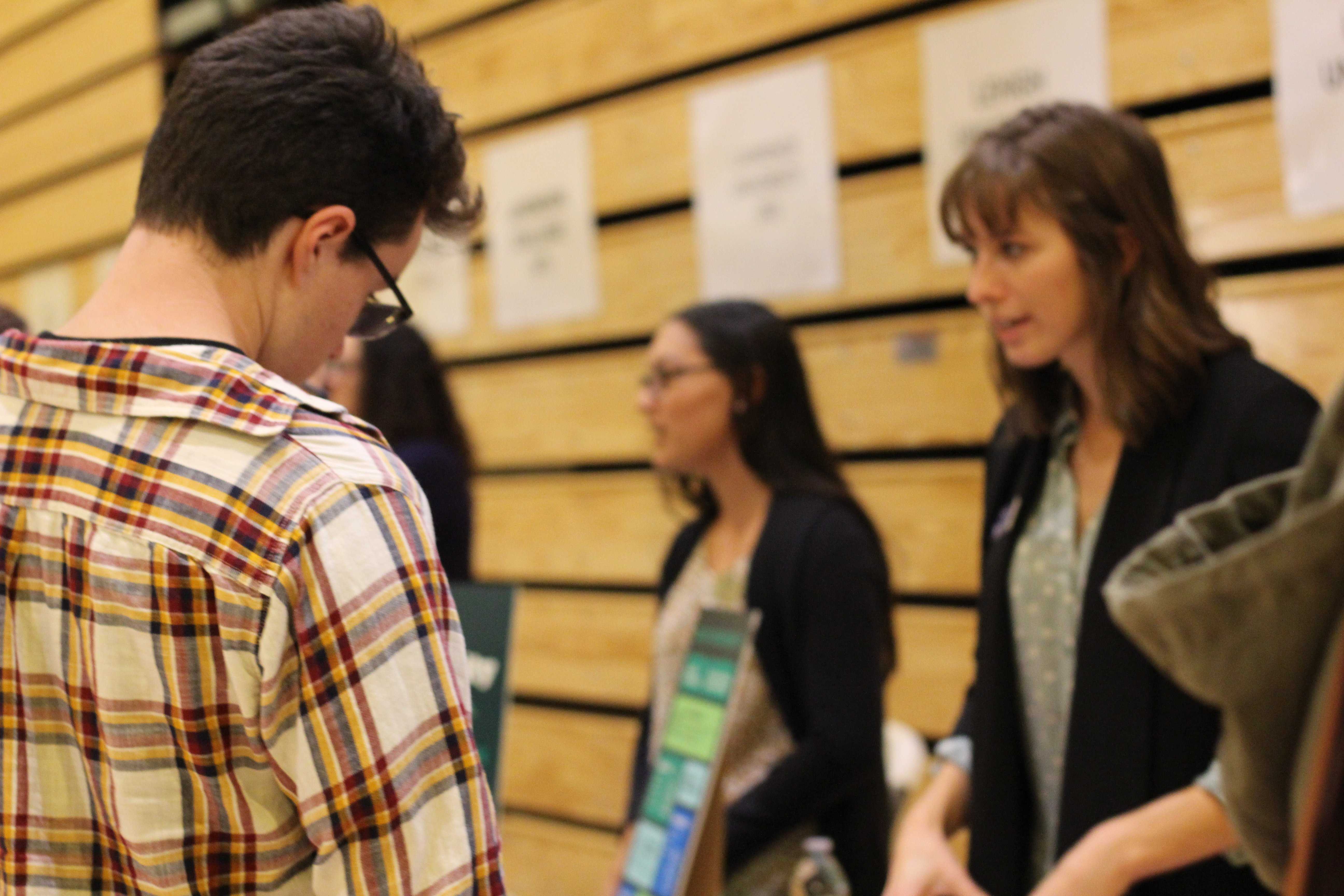 Paly held the annual College Fair in the Peery Center on Oct. 14, which showcased an array of colleges from all over the world.

One of the booths at the fair was Carleton College, where two almuna came to speak about their personal experiences at the school in hopes of helping students to get a more personal sense of what the school has to offer. Caroline Wheeler graduated from Carlton in 2018 and was interested in coming to meet prospective students at Paly.

“For us in particular, we don’t work for the school, we’re alumni, we’re just volunteering, we’re just here to share our experiences with perspective students so I think that’s a key thing that pulls students to a school, that personal connection,” said Caroline Wheeler.

The fair showcased a multitude of pathways, including  recruiters from the Armed Forces and The U.S. Coast Guard.

The U.S. Coast Guard attended the fair to show students different pathways after college and the different ways students can pay for college through the Minuteman scholarship and the ROTC program. Richard Chapman, commander of South Bay recruiting, was one representative hoping to inform juniors and the seniors on alternative career paths and ways to pay for college.

“I’m not actually the recruiter (for Paly), but I have a good visibility of the entire country when it comes to this,”Chapman said. “ So I’m in the San Francisco Bay, we have seen a 10% increase in people interested. And in fact, we actually have to turn away nearly 70% of people because they don’t qualify,”

Both Peery Center big and small gyms were filled with students from Paly and Gunn. Paly junior, Dani Colman said she went to the fair to find out more about colleges and universities.

“We’d like to welcome more international students to Waseda University… so we have an English-based program we started 10 years ago.” Dr. Yoichi Aizawa said.

Some students deem it necessary to attend events like the college because of the mounting pressure they feel to get ahead of the college process ahead of them and learn more about the options and what they want for themselves.

“I just feel like especially where we live, there is a lot of pressure to start applying and start thinking about college early,” Colman said. “A lot of my friends, I know, are doing their ACT and SATs really early and try to figure out where they want to go to school.