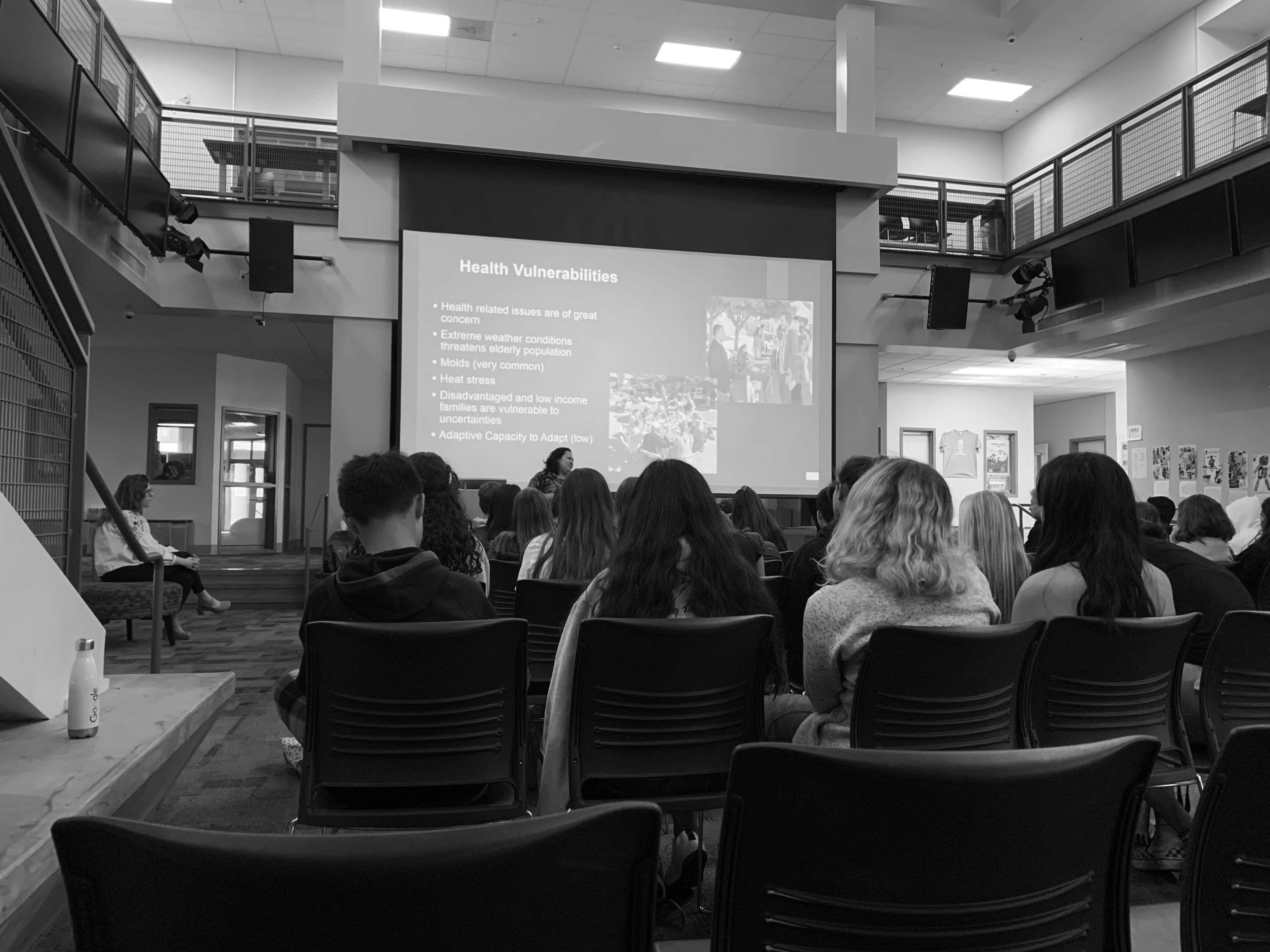 Acterra, a local nonprofit whose mission is to create solutions for a healthy planet, is working to inform students of the aspects of climate change that could affect nearby communities.

Seana discussed the impact of climate change on communities and how it could affect areas like East Palo Alto. Students learned why the area is vulnerable to flooding and were shown a computer-generated map of the different areas near Palo Alto that could submerge in water in the event of a flood.

“It was surprising to me that (residents of East Palo Alto) are directly in danger,” Social Justice Pathway teacher Lizzie DeKraai said. “But because (climate change is) not affecting them right now, they don’t know that they need to make changes, and they don’t have access to being able to make those changes.”

Seana’s role at Acterra is to remedy this lack of access and to make communities like East Palo Alto aware of the resources that they have available to them to combat climate change, including events sponsored by Acterra that help residents learn how to protect their homes against flooding.

She helps members of low-income communities to find viable solutions and has been giving talks like these to spread awareness about climate change.

“Climate change directly affects a town that’s right across from us,” said sophomore Phoebe Kim, a student who attended Seana’s talk. “That was something I didn’t realize because I thought it only affected the least developed countries that are far away from where we live.”

Seana, who was born and raised in Samboa, Panama, felt effects of climate change firsthand.  She spoke about her experience  through ten severe tropical cyclones in her hometown, as well as the increased hurricane danger along the eastern seaboard of America.

Students learned of the detrimental effects climate change has on global communities, including the increase in severity of storms and subsequent outbreaks of disease and destruction of homes.

“Before, I wasn’t educated in the effects of climate change and the direct impact it has had on people,” Kim said. “After this talk, I realized how many lives it really affects.”