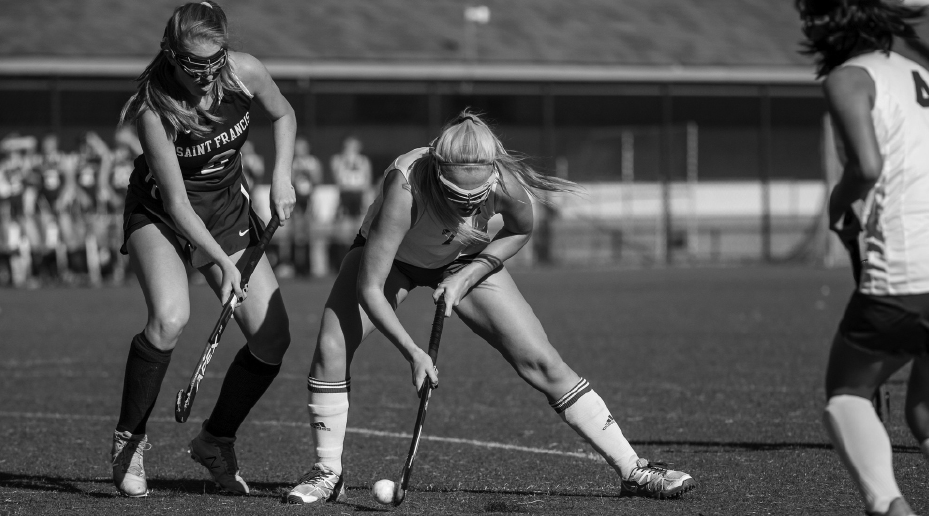 Following a disappointing first season last year, the field hockey team has used its previous experiences and its will to work on basic fundamentals to exceed last season’s record.

This year, the team has already more than doubled last year’s results in the win category, and they still have matches to play.

The team has managed to stay competitive with teams who beat them last year, such as St. Francis and Archbishop Mitty.

According to junior captain Lexi Gwyn, the team has already improved in all aspects of the game since last season, and it is fun to show this on the field. The team has stayed competitive, and won against many teams they lost to last year. Gwyn said the team has emphasized learning lessons from each game.

“This season is all about execution,” Gwyn said. “We have experience playing, and we are working on utilizing what we have learned and applying it into our gameplay.”

Since the program is only two years old, coach Jennifer Crane said she wants the team to focus on the basics.

“I strongly feel we can improve upon everything,” Crane said. “I believe a strong foundation of basics is essential to a team’s success. Stronger passing, accurate passing, dribbling on the move and receiving are all basic skills I hope to improve upon this season.”

Crane said the team is focusing more on what it can control, instead of worrying about the other team.

“If we focus on the things that are in our control and prepare for them, then no matter the outcome of the game, we can hold our heads high,” Crane said.

Crane said there are many reasons to feel encouraged for this season, due to the enhanced preparation and focus at practice.

“We played Saratoga at home and won 1-0,” Crane said. “Saratoga beat us twice last year, so it was encouraging to see the girls come out a year later and pull out a win.”

With the momentum from the Saratoga game, junior Madeline Lohse credits the team’s win against Monta Vista High School to their quick shots.

“Our last game was against Monta Vista and we won 2-0,” Lohse said. “I think we performed well because we kept trying to get quick shots on goal and create space so that passing would be easier.”

Looking forward, Crane said she wants the team to play hard and maintain a good attitude on and off the field. She also expects the team to continue to use their new knowledge of the game to stay competitive against tougher opponents.

“I will encourage the team to play with as much heart and hustle as they did (against Saratoga),” Crane said.

The team hopes to continue the recent success against Lynbrook on Oct. 22, making a push for a Central Cost Section playoff run at the end of the season