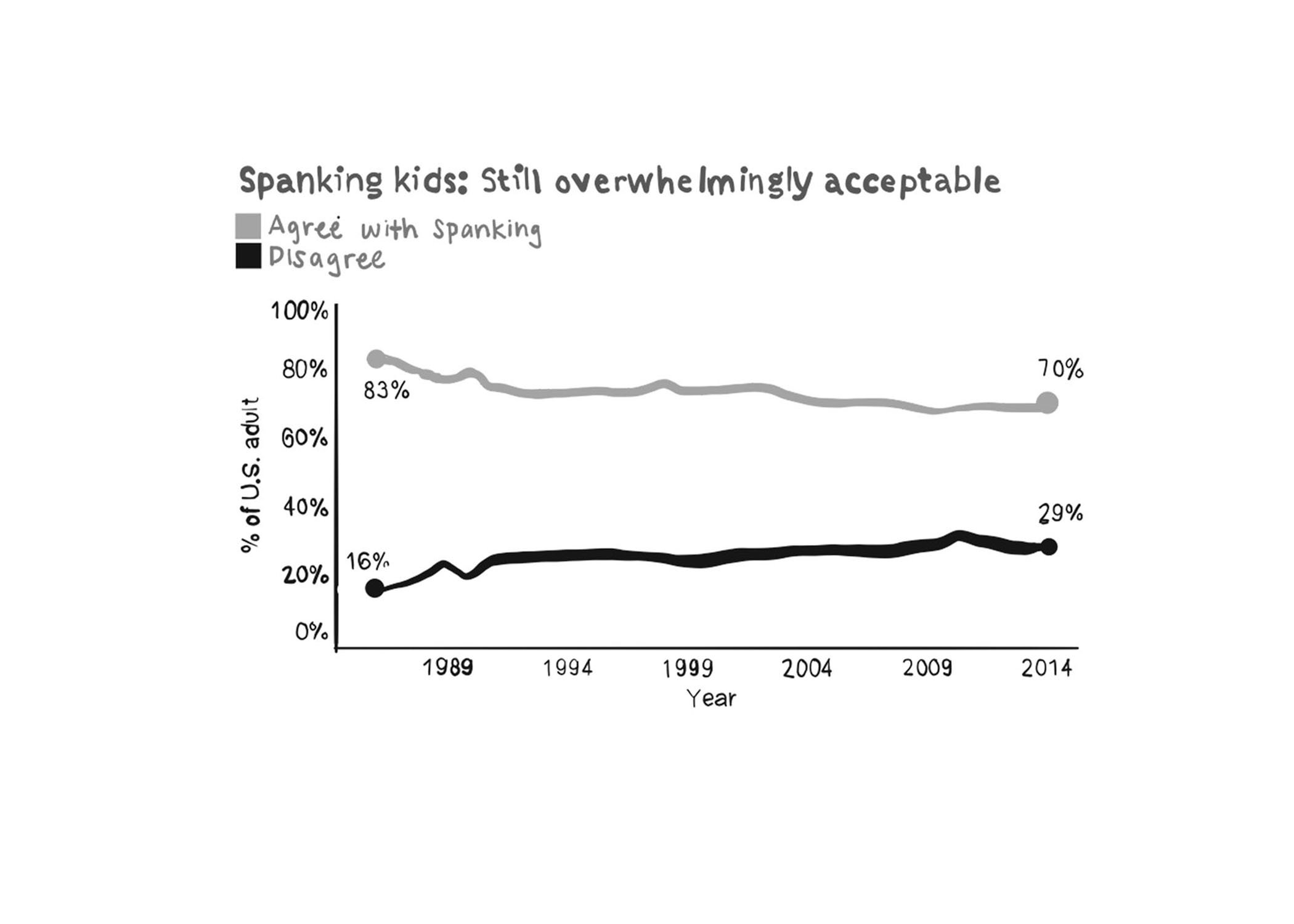 When a male Paly junior got in trouble with his eighth-grade teacher, his only request was that the teacher didn’t tell his parents.

He, like many other students, grew up in a family that used physical discipline to keep him in line.

“My parents hit my rear end or my hand with a big salad spoon,” said the student, who agreed to be interviewed on the condition that his name not be used. “It happened quite a bit until I was 13.”

Spanking. Wrist-slapping. Ear-pulling. The list of corporal punishments goes on.

Despite several state laws banning physical discipline at school and attempting to curtail it at home, some parents continue to practice physical discipline on their children. For students who grew up in homes where corporal punishment was used as a form of discipline, the issue is polarizing.

While some students praise the effectiveness of corporal punishment, others decry its long-term effects. Physical discipline typically occurs when children are younger and more prone to breaking rules, but the specifics of how corporal punishment is dealt vary by case. For most, the punishment came in the form of hitting, wrist slapping, and in the case of another male Paly junior, who did not want his family to be identified and asked that his name not be used in the story, even being hit with a plastic sword. The usual actions that elicited corporal punishment were misbehaving in school and breaking household rules.

“One cause would be if I got in trouble at school,” the second student said. “(Another would be) if I got physical or got into fights with other people.”

Another Paly student, who asked to remain anonymous because of the sensitivity of the topic, said the threshold for physical discipline in his household was much lower.

“It was the norm,” the student said. “When I displeased my parents, they hit me.”

“Imagine that there is one kid that gets slapped and another that gets a talking-to,” the third student said. “What would prevent the kid from not breaking the rules again? Obviously the kid that got slapped wouldn’t want to get slapped again.”

A female Paly junior, who did not want to be named to avoid recognition, said that physical discipline was a way for her parents to teach her a lesson so that she wouldn’t be able to ignore or disregard.

“It got me to listen to them,” the student said. “It is definitely harsh, but in terms of effectiveness, it got me in line quickly.”

However, early childhood development teacher Hilary McDaniel said that physical discipline does not teach children the right type of lesson.

“(Corporal punishment) doesn’t teach them the lesson as much as it teaches them to fear the punisher,” McDaniel said. “Children do not learn why their actions are wrong, just that they get hurt when they do them.”

Paly psychology teacher Christopher Farina also said that corporal punishment is less effective for two main reasons: it has the effect of teaching children that violence solves problems and does not help children distinguish between what they should and shouldn’t do.

“The child may think that they can use that general principle of violence to deal with other issues,” Farina said. “(Corporal punishment also) teaches kids to circumvent or mask bad behavior rather than entirely ceasing that bad behavior.”

When it comes to the long-term effects of corporal punishment, disparities emerge between the experiences of different students. According to the student, while some people regard the discipline as instrumental in their upbringing and a way in which their parents taught them what not to do, others feel that it has fractured their relationship with their parents.

Farina said that this is primarily because different people have unique reactions to different events.

“So for one person, (physical discipline) may have been cathartic, or it may have taught them life lessons,” Farina said. “But for another person it may have traumatized them from the first moment.”

In McDaniel’s eyes, the risk of causing lasting psychological harm to a child does not outweigh the possible benefits of corporal punishment.

Regardless, the student whose parents used a salad spoon to discipline him considers the punishment as beneficial and that he would likely use corporal punishment with his future children.

“I’m already pretty poorly behaved, and I think I would be worse (if I did not receive physical discipline),” the student said. “I would physically discipline my kids.”

McDaniel attributes this attitude to the psychological theme of regression toward the familiar.

“It is very easy and natural to revert back to how you were raised and what happened to you (when raising you own children),” McDaniel said.

In contrast to the reaction of the male junior, the female junior said that the physical discipline confused and scared her as a child, and has had lasting effects on how she interacts with her parents.

“I guess their actions kind of confused me when I was younger because I loved my parents, but at the same time they caused the most pain I have ever experienced and I had trouble feeling completely comfortable around them,” the student said. “This defined our relationship because I still find it difficult to feel completely at ease around them and flinch if they make any sudden movements.”

“(Initially), I may verbally scold or warn my child,” Farina said. “However, the ultimate long term goal would be to replace that (bad) behavior with a desired behavior by reinforcing that behavior instead.”