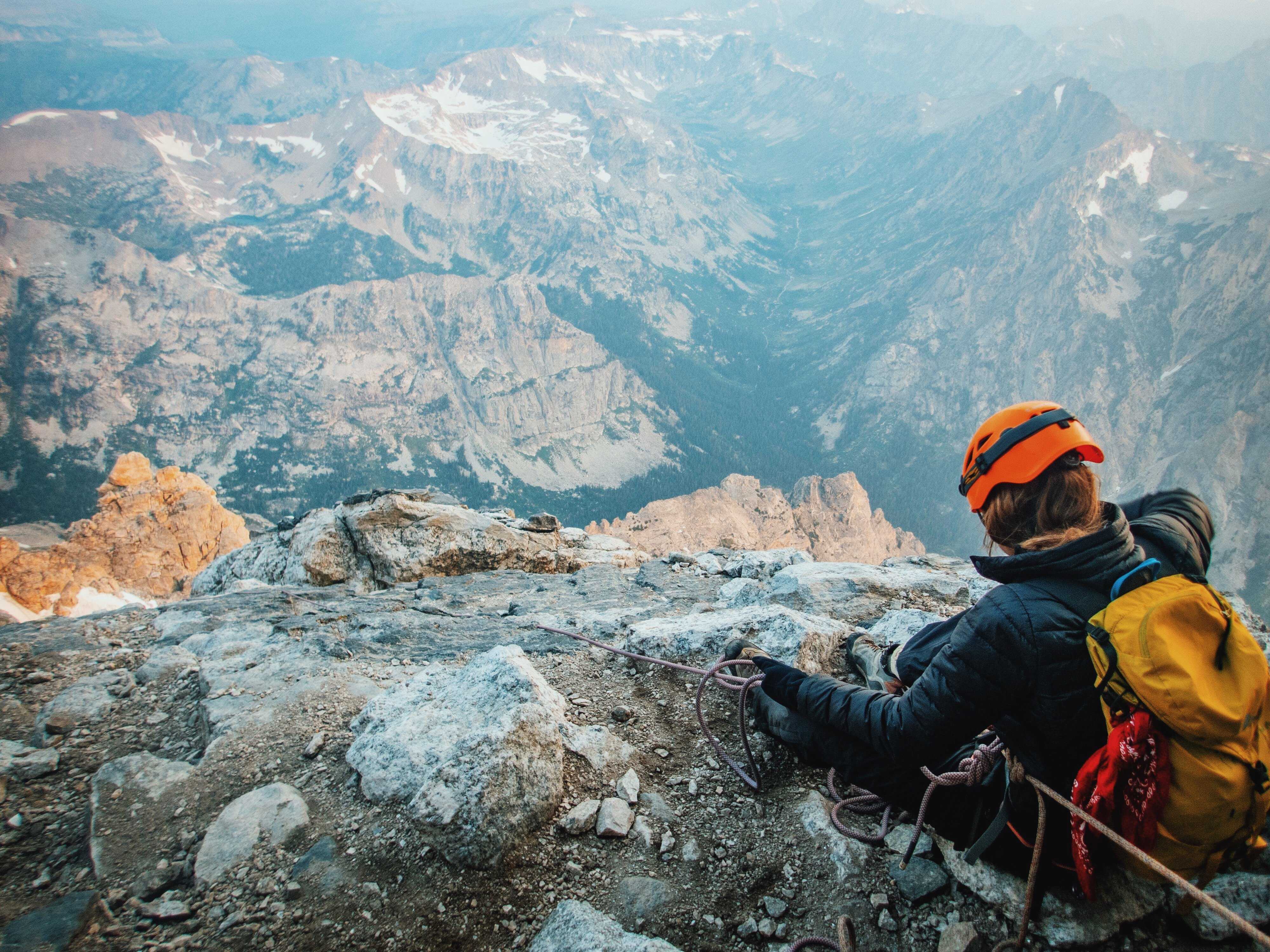 Situated on the ridges of the Teton range, junior Alexa Gwyn peers above the jagged lines encapsulating Wyoming’s natural artistry. Looming over the Idaho border, the Teton range rises to an altitude of approximately 14,000 feet. While scaling a mountain this tall might strike fear in most people, Gwyn is not most people.

“I realized I wanted to push myself and try something new and to retain my athleticism during the off-season for field hockey,” Gwyn said. “My brother had done a backpacking trip before and loved it, so I decided to give it a try and I was soon hooked.”

Backpacking, although seemingly uncomplicated, can be a gruesome and mentally challenging sport. It requires one to carry their life necessities on their backs for up to months at a time, according to Gwyn.

“Backpacking isn’t always going to be fun while you’re doing it,” Gwyn said. “It can be cold, difficult and painful. Gusts of wind could blow away your kitchen tarp as rain pierces your face at 60 mph. It truly is a sport both mentally and physically and tests your limits.”

Because of these challenges, Gwyn said backpacking can be beneficial in expanding an athlete’s physical and mental strength.

“Backpacking improves your endurance, improves your mental state and pushes your limits in every aspect, which is helpful if you’re trying to improve in sports,” Gwyn said.

The benefits of backpacking are also supported by scientific evidence. Paly biology and human anatomy teacher Randy Scilingo, an avid backpacker, notes the physiological changes in human adaptation when backpacking.

“When in high-altitude environments like in backpacking, humans produce new red blood cells that are more capable of supplying oxygen as they’re acclimated to a more intensive environment,” Scilingo said. “Those new and improved red blood cells are sent to their muscles and organs, which can then improve physicality and endurance.”

“Going backpacking is a big stress reliever for me because it reminds me that there are other things that are worth experiencing and dedicating time to,” Lehrer said. “Taking time to let my brain just think helps me mentally and physically by giving me more energy, but, more importantly, more focused energy that I can put towards my sports.”

Junior Benny McShea, a decathlete, said student athletes should find time for mental relaxation because it is key to strong athletic performance.

“If you’re overwhelmed by school or sports, you have to set aside time to relax your headspace and backpacking is a great way to do just that,” McShea said.

Gwyn notes that mental relaxation and physical exercise cultivates a healthy mindset that most may find unachievable. And in attaining this aspired, serene mindset, one will often transform their values and priorities.

“Through backpacking, I’ve learned that life isn’t so complicated; at least, it doesn’t have to be,” Gwyn said. “If we look out for one another, listen to ourselves, and listen to others, life becomes a whole lot easier.”

Mental and physical restoration through activities like backpacking is instrumental to achieving a physiological equilibrium and peace of mind, Gwyn said. And in her case, she achieved just that through her treacherous uphill treks.

Gwyn said, “You’ll step foot where no man has ever stepped foot, and when you reach that peak where the horizon uncovers itself from behind the sharp moving rocks and you feel the sun touch your face, you can exhale, because it was all worth it and things that seemed so important in your stressful, pressure-filled life, suddenly don’t seem so important anymore.”