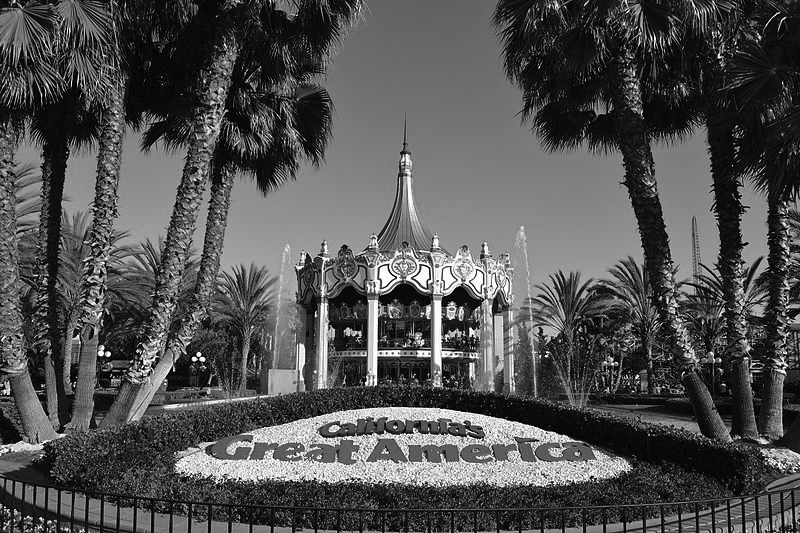 Panic swept through the Great America Halloween Haunt when theme park security misreported a robbery as an active shooter situation, sending attendees running for the exits on Oct. 26.

The Santa Clara Police Department confirmed that no shots were fired, and said the robbery led to a fight. Chaos ensued, and someone screamed about an active shooter.

The Halloween Haunt is an event popular with Paly students, as it is geared towards young people. Every year, Great America transforms into a haunted house that includes conventional attractions such as mazes and scare zones, but also novelties such as live performances.

Sophomore Tony Jeon attended the Haunt on the night of the chaos and said he was with his friends when he heard screams and saw people sprinting for the exits.

“It was a really scary moment because of how many times I had seen shootings on the news, and I thought that I might be experiencing it,” Jeon said. “I was just trying to keep my friends and myself safe from whatever was in that park.”

While the reports of a shooting ended up being unsubstantiated, Jeon said he still found the experience scarring.

“It was very traumatic for me because of the feelings of adrenaline and fear,” Jeon said.

Sophomore Hadar Shoval was also at the park during the incident. Shoval ran to a nearby hotel when he heard rumors of a shooter.

“It was really intense in the moment,” Shoval said. “There was a lot of screaming and crying, but I was just trying to get as far from the park as possible.”

Shoval said that he was deeply affected by the reactions of others around him.

“There were people crying, but mostly people were in shock,” Shoval said. “It was kind of weird because the incident just felt like a big misunderstanding.”

Great America returned to normal operations later that night, once police had confirmed that there was no threat at the park.

“The safety and security of our guests and associates is our highest priority,” the park said in a Tweet.

In order to aid students who feel traumatized as a result of this incident, Paly Assistant Principal Dr. Clarisse Haxton said she urges students who want help to communicate with any of the guidance and counseling services that Paly offers.

“If there is any issue that they want to talk about, students can go to any of the four support systems,” Haxton said. “You can talk with your teacher, teacher advisor and guidance or wellness.”

Haxton also said teachers have been informed about the incident per the District Student Services office policy.

“Our approach is to communicate about these events to staff,” Haxton said. “Because staff are aware, when students come to talk teachers know about the event and are able to help.”