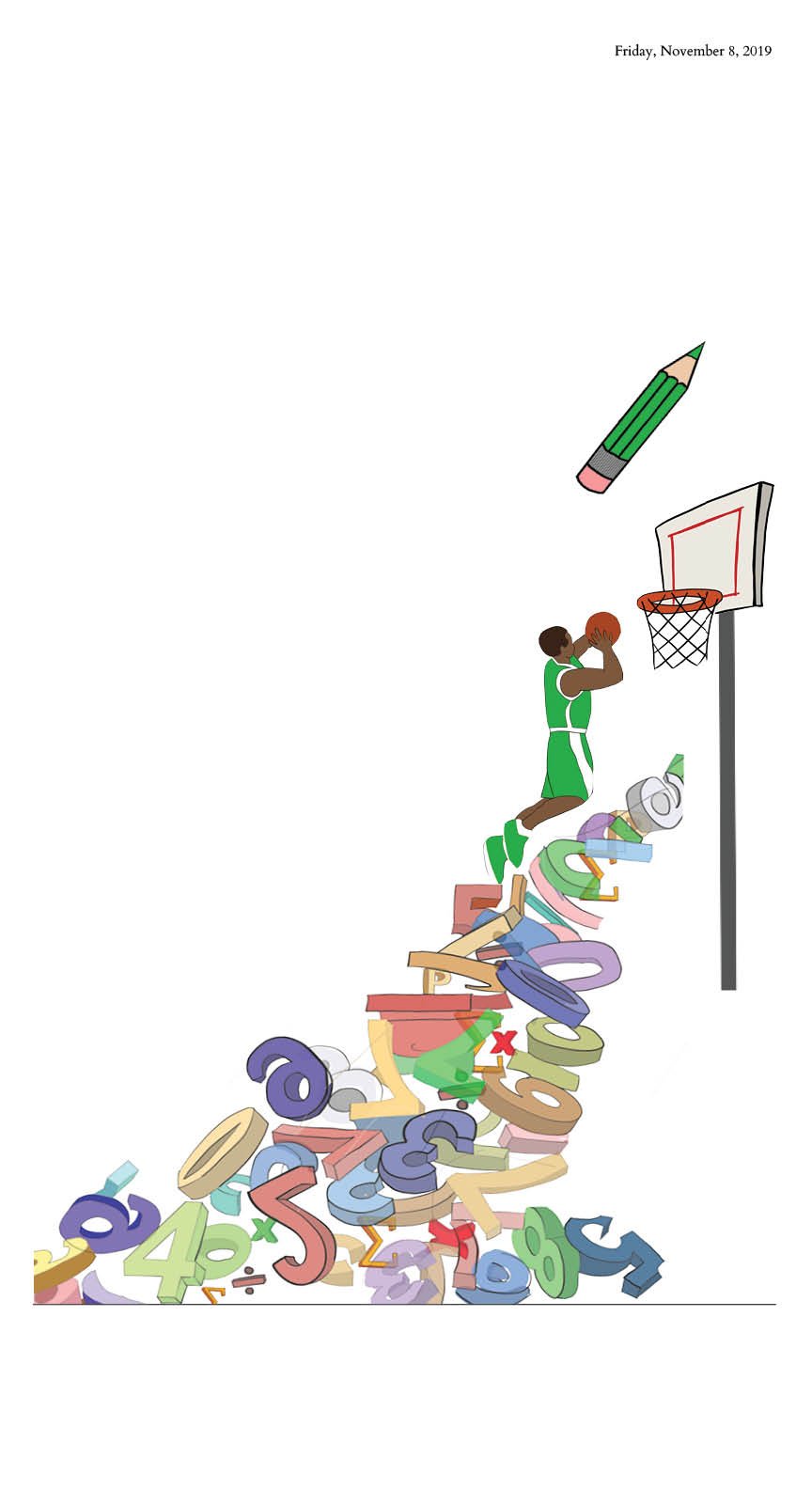 After every baseball game they play, junior Zander Darby and his team are always eager to check the game statistics to see if their averages and percentages went up or down, as these numbers can make or break their futures.

When assessing the skill of a player or athlete, oftentimes one of the only criteria considered by coaches, scouts, players and even everyday consumers of sports is statistics. However, these numbers don’t always tell the whole story, and can lead to many capable players being overlooked simply because their stats are not up to par with their peers.

Senior  soccer goalkeeper Jackson Druker said statistics are not the best measurement of skill. Rather, usually the team on top gets the recognition despite worse individual performances.

“The best player on the field is not necessarily the one from the winning team, and stats sometimes don’t reflect that,” Druker said.

According to Druker, for some sports and positions, stats play a bigger role than others.

“It depends on the sport. For track, stats are super important because that’s all they do,” Druker said. “For goalkeepers, the only stats you have are shots saved versus shot on targets saved, so it is important to me.”

At its essence, according to Darby,  a baseball, basketball and  waterpolo player, stats do a good job as a general reflection of skill, but should not affect how someone plays.

“Stats are something I look at to gage how I’m doing,” Darby said. “But it’s important to forget about them in the moment. But it can also apply pressure to you. I try to forget, but in baseball, it is a good general reflection on how you are as a player.”

Druker said stats can often be inflated by other factors and be misleading.

“If you’re looking at a forward’s stats, they could have had 10 shots in a game and only three shots were on target and two goals,” Druker said. “So it looks good on them since they scored two out three shots on target, but it took them three tries. Whereas a good striker would have most of their shots on target.”

This, he said, can be deceitful since it makes some players appear more skilled than they are.

Another factor that can sway statistics is the inconsistencies of each game, which may provide outliers that can skew the data.

“You can have a bad game,” Darby said. “You aren’t always gonna play the same, and it’s also an intimidation factor on a day to day basis. You can’t expect everything to be the same.”

Druker said he has personal experience with this issue.

“Everyone has a bad game every once in a while, and everyone has amazing games,” Druker said. “It’s not a good measurement.”

These misleading stats become especially detrimental when an athlete wants to play in college.

“The thing that originally attracts coaches and scouts to you are your stats,” Druker said. “Coaches, when they are looking for a goalkeeper, they go, ‘He’s 6’6,’ and come watch me play.”

This means thousands of athletes across the country go unnoticed because they did not check every box on a list of traits scouts looks at.

“For recruitment, my stats are important because at the beginning, it gives the coaches a better gage of who you are,” Darby said.

Another aspect of statistics that influence athletic performance is how stats reflect opponents.

“The only stats we look at in baseball is how hard a pitcher throws, and we adjust our playstyle,” Darby said.

While many teams like Darby’s change how they play depending on the stats of the opposition, Druker said he does not give much consideration to other team’s data.

“I don’t take stats into consideration with opponents,” Druker said. “There have been times where we played teams ranked 200 below us, but we get destroyed.”

While scouts and recruiters may   look at stats closely, coaches generally are less concerned with the numbers. Los Altos boys varsity tennis coach Thor Holt said ratings in tennis are not important to him.

“Tennis players that play in USTA (United States Tennis Association) tournaments have a Universal Tennis Rating, or UTR,” Holt said.  “I would not build my team using a player’s UTR. It’s more of a way for the players themselves to see how they hold up to their teammates and opponents.”

Players generally don’t stress about stats as much with regards to the roster of their team, Druker said.

“My coach knows me more as a player, so stats aren’t as important to me,” Druker said.

However, both coaches and players agree  that statistics over a long period of time can be an accurate measure of skill.

“As you play more games, you are going to see a more accurate UTR,” Holt said. “The system is generally accurate.  The only time someone might not trust UTR is when a player is coming back from an injury and hasn’t played in tournaments for a while.”

Druker adds that aggregate stats over a window of time can be trusted.

“The best way to determine how good a player is by looking at stats over the whole season instead of just a game,” Druker said.

Holt said this type of statistic can give athletes confidence if their rating is higher than their opponent.

“Let’s say you know that an opponent has a higher UTR than you,” Holt said. “If you are getting beaten really badly —down four sets — you can find a bit of comfort because statistically they outperform you anyway.  That’s not to say that you should give up, but you know that it was likely that you were not going to win.  On the other hand, if the match is really close, knowing that an opponent’s UTR is higher than yours is still helpful, because you know that you are doing really well.”

According to Druker, statistics can be a great tool to sift out the best athletes. However it can also be altered, misleading and discount deserving athletes.

“Stats do their job,” Druker said. “But right now, they are more important than they should be.”