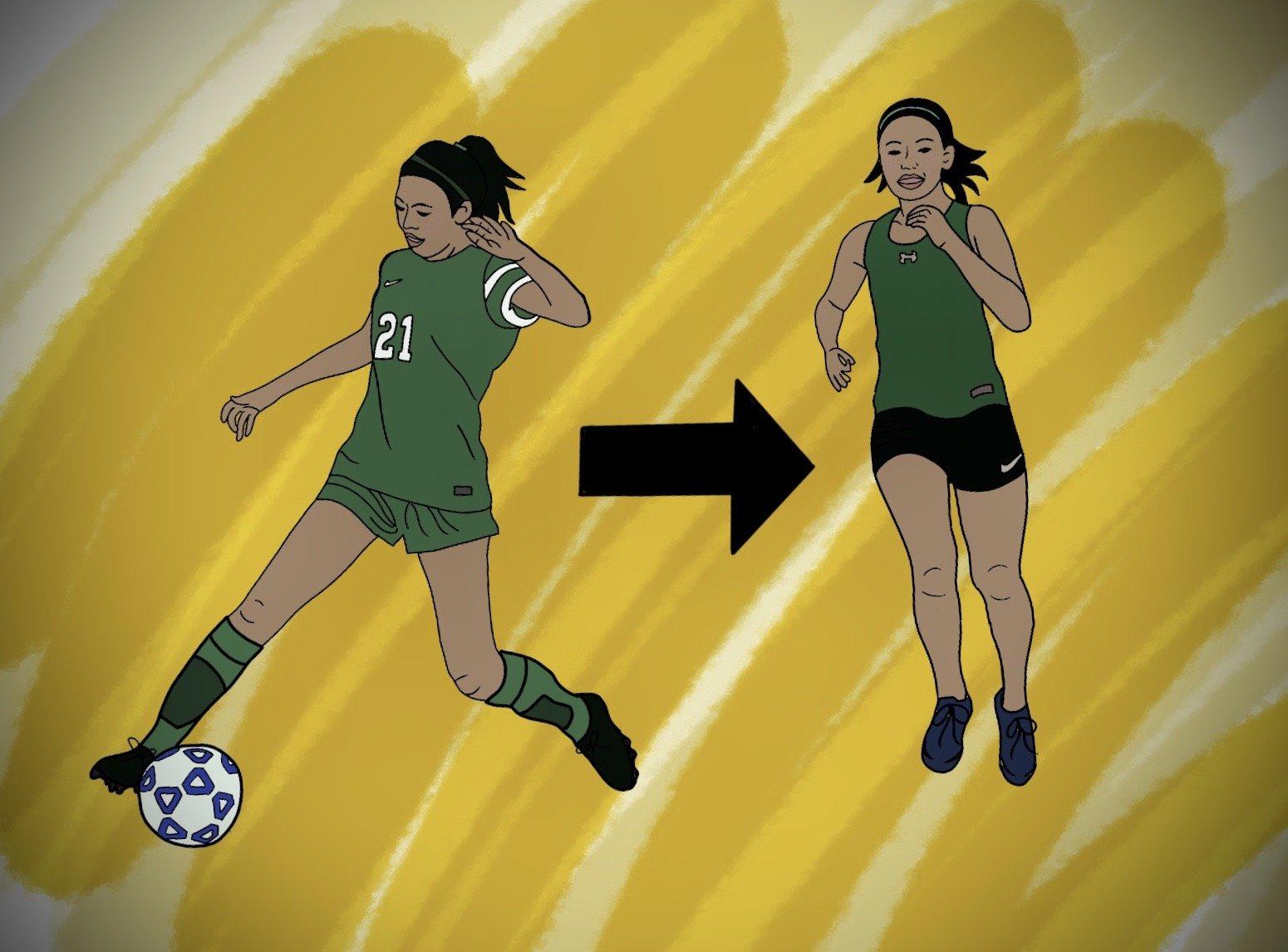 When a friend recommended junior Luke Thieman try water polo during the fall season of his sophomore year, the lifelong baseball player never thought that it would soon become his primary sport.

Thieman had played baseball since elementary school, competing in year-round club leagues. Throughout these years, Thieman developed a love for the game as well as many fond memories.

However, upon entering high school, Thieman wanted to expand his athletic horizons and take up an additional sport.

“I realized that it would be good for me to play different sports because playing multiple sports increases your overall athleticism by giving you a wider range of athletic abilities,” Thieman said.

For Thieman, this new sport came in the form of water polo.

“I swam in the past, and I had an arm from baseball, so water polo was a clear choice,” Thieman said. “Now, I devote a lot of time to it, and I still really enjoy playing.”

Thieman, like many other Paly athletes, started to play a new sport in high school. Beginning a new sport in high school comes with many challenges, most notably the fact that an athlete needs to compete with others who have likely been playing the sport for years. However, athletes say the benefits derived from switching their athletic focus often outweigh these difficulties. Students try new sports for many reasons that range from dissatisfaction or boredom to not seeing future prospects in their current sport.

Junior Charles Mitz played varsity water polo and swam during his freshman and sophomore years but switched sports altogether in his junior year.

“I got bored and wasn’t really enjoying water polo that much,” Mitz said. “I wanted to try something new.”

Mitz still wanted to play a water sport, so he decided to take the muscles he developed from years of swimming and try his hand in crew. He has already seen success in crew, winning first place in the men’s varsity four race at the Head of the Lake Regatta in Seattle. Mitz said that being engaged and interested in a sport helps athletes practice and perform at a higher level.

“I think it’s important to do what you want to do, not something that you have been doing,” Mitz said.

Junior Hailey Hwang, who began to run cross country and track after playing soccer her whole life, decided to transition out of soccer after taking stock of her college options. She now runs competitively and has placed highly in varsity races.

“I figured that if I’m not going to play collegiate soccer then why am I investing all of my time into soccer?”  Hwang said. “So then I decided I should try something new.”

For Hwang, the decision to play less soccer was bittersweet. While she said she misses certain elements of the sport, she also said playing at a lower level makes the sport more enjoyable.

“I miss the intensity of soccer because I was playing at a high level, and I was at my peak performance,” Hwang said. “But I wasn’t very happy playing soccer. I would get really nervous and stressed, but now I am much happier playing more recreationally.”

According to Hwang, it is important to gauge the mental toll that a sport is taking on you, and make changes if you feel that you are not enjoying your current sport.

“If it is something that’s causing stress in your life then maybe you should try something new and diversify,” Hwang said.

Often, athletes who switch sports will have various regrets about what could have been had they continued to play the same sport. For Thieman, the move to water polo came with its share of consequences.

“When you play a sport for a long time, you develop as a player,” Thieman said. “I was in that process of development for baseball, and I felt that I was losing all of my progress when I started to play water polo.”

Thieman also misses specific elements of baseball, such as practicing his hitting and taking ground balls.

“I really miss the little things in baseball that you can work on by yourself and the ways in which you can take yourself further as a player by paying attention to the small details,” Thieman said.

This factor made the decision to commit fully to water polo and not play baseball in his sophomore year very difficult.

“It was hard to let that go,” Thieman said. “It’s kind of like losing a part of myself. But on the other hand, that was kind of compensated for by finding this new outlet.”

In an atmosphere where kids grow up specializing in individual sports and playing them at a high level, Thieman believes that some athletes have lost sight of the benefits to playing multiple sports or even switching sports altogether.

“You can still remain at an elite level in one sport while playing other sports,” Thieman said. “And by playing multiple sports, you can not only become a well-rounded athlete but also build connections and make friends within different sports, which is really special.”