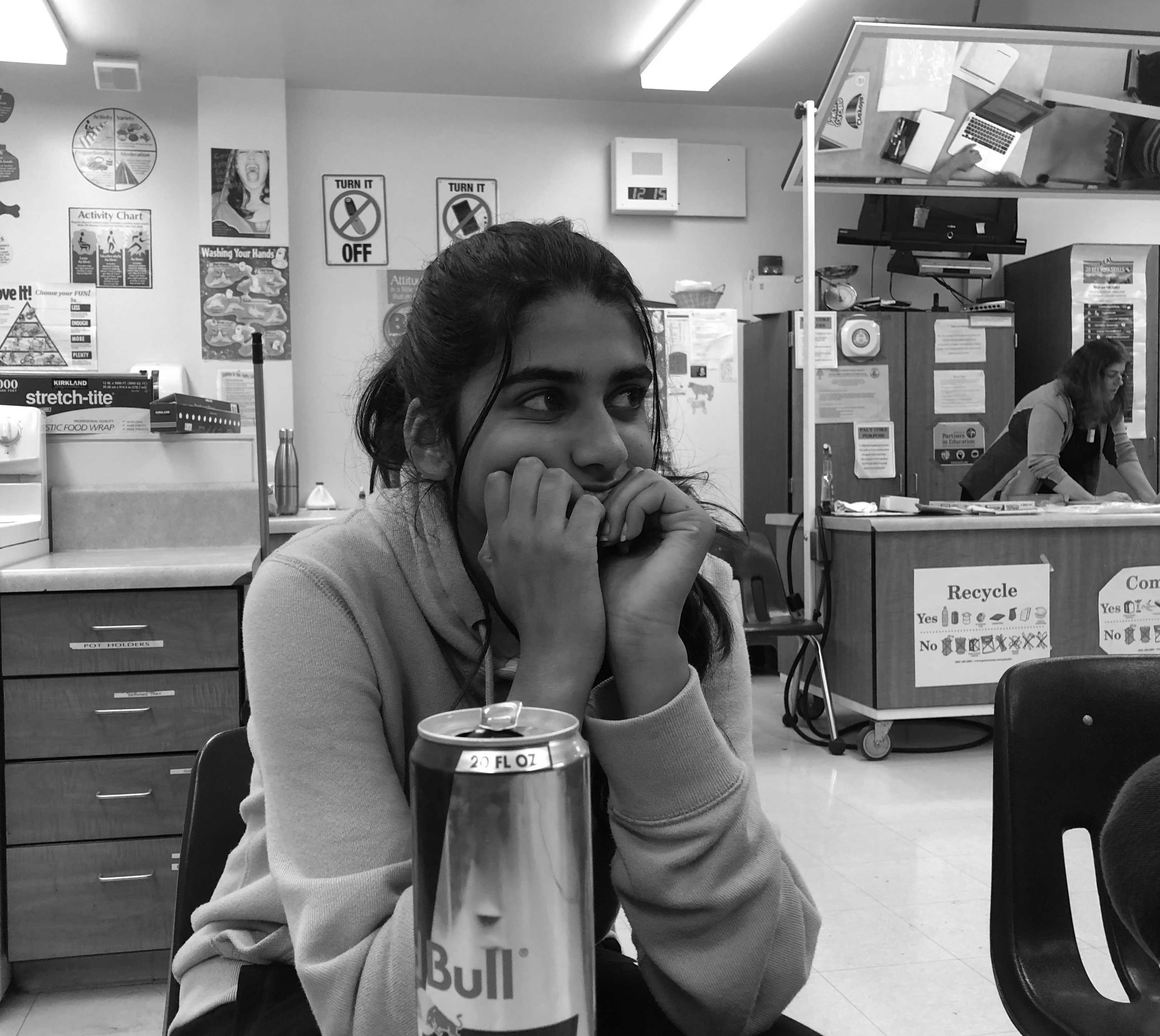 For junior Aarushi Khuranax, it is difficult to get enough sleep while balancing extracurriculars and the homework junior year entails. This lack of sleep has led Khuranax to seek other sources of energy.

There are many ways to boost energy besides the most common source, caffeine. According to Harvard Medical School, people can increase energy by drinking water, getting exercise, eating healthy foods and getting more sleep. According to the National Sleep Foundation, the recommended amount of sleep for a high school student is 8-10 hours, which many students fail to meet.

However, at any school, there will inevitably be students who do not reach the recommended amount of sleep. At Paly, students are turning to various resources to help remedy this issue, which often take the form of caffeinated beverages.

According to a 2014 Stanford study, many students listed excessive homework as the main cause of their sleep deprivation. This study sampled over 4,000 high school students, and the data showed that these students were averaging over three hours of homework per night.

“I do not get enough sleep nightly, because I am always staying up late studying for my classes,” Khuranax said.

Coffee is one option many students who struggle with low energy turn to. Many notice a boost in their energy levels after drinking it — however, coffee is just a temporary boost, and one cup typically does not provide sufficient energy to get through the entire day.

Once students begin to rely on coffee for an energy boost, the possibility that they will need a beverage that contains more caffeine increases, according to a study by the Department of Behavioral Sciences at Johns Hopkins University.

“I used to drink coffee in the mornings before school, but after a while I was not getting the same uplift of energy that it was giving me in the start,” junior Leon Romeo said. “I began looking for drinks that tasted better, and had more caffeine than one cup of coffee in the energy drink sections.”

While coffee generally has more caffeine than energy drinks, students are often drawn to other energy drinks because of their cheap price, better taste and accessibility.

“I used to always turn to drinks such as Red Bull, especially when I was on the go,” Romeo said.

According to Romeo, healthier alternatives to energy drinks such as Monster and Red Bull do exist. Romeo said that Yerba Mate is a highly caffeinated drink that has less sugar and more naturally added caffeine  than energy drinks.

The caffeine concentration in a 15.5 oz. can of Yerba Mate is more than double that of a 8.4 oz can of Red Bull, but they often contain the same sugar content. Some types of Yerba Mate have less sugar than an energy drink or no sugar at all.

“Yerba Mate keeps me more energized without having to worry about the health concerns of the artificially added caffeine in Red Bull,” Romeo said.

However, science teacher Joshua Bloom does not recommend caffeinated beverages for students. Bloom said students should try to address the root cause of the problem instead of attempting to mitigate the effects.

“I’d prefer someone focus on the root causes of their low energy and address those,” Bloom said. “That is a wellness approach. Addressing long-term well-being means examining and working to change the habits and circumstances influencing how we use our time, energy, and resources.”

Bloom said exercise is a crucial part of staying energized. For students, it is important that they try to find time to exercise during the day. However,  it can be difficult to do this due to their busy schedules.

Bloom mentioned that it is important to eat balanced meals, especially breakfast. However, overeating weighs the body down due to body diverse energy towards digestion in addition to feeling overfull.