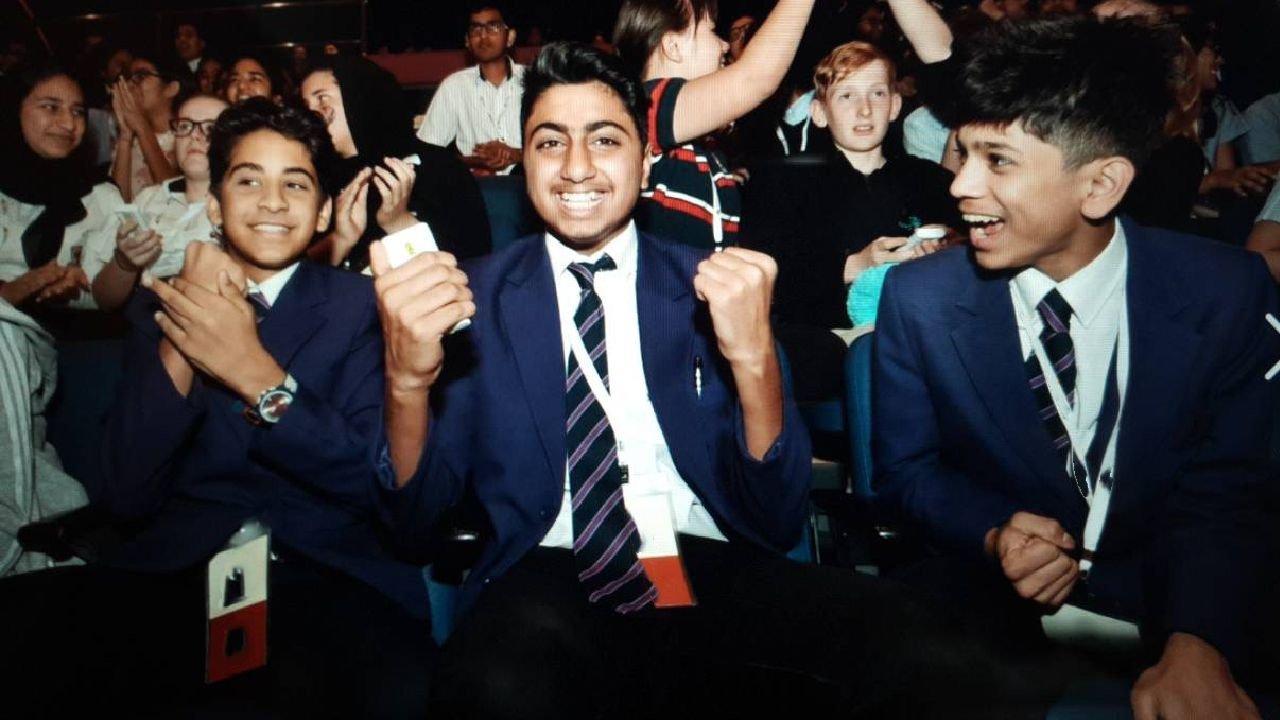 Not many teenagers have lived in three continents. Or studied at two high schools. Or persuaded their parents to move to Palo Alto.

But for junior Ehsaan Mohammed, these uncommon experiences are central to his multicultural life story, capturing a part of Paly’s diverse student body.

“I’ve lived in a lot of different places, in different countries, so I have a really international background, which is unique,” Mohammed said.

Mohammed came to Paly in the fall of 2018 during the middle of his sophomore year. Born in Pretoria, South Africa, Mohammed said his family originally hails from India.

“Several generations ago, my ancestors came to South Africa for opportunity,” Mohammed said. “My family has been there since.”

While South Africa brought economic opportunity — Mohammed’s mother worked in software while his father worked at the family-owned store called Casey’s — living there also came with challenges, including unsafe streets and the slow social progress in its post-apartheid state.

“South Africa was really dangerous,” Mohammed said. “I couldn’t just walk home by myself after school. I had to wait for my mom to come pick me up inside. It just wasn’t safe, and I’m glad I don’t live there anymore.”

One incident in particular stood out. One night, Mohammed was getting picked up from soccer practice by his aunt. When they stopped at a traffic light, a man shot at the car door window, bullets just barely whizzing past the two of them.

“Luckily, we survived, but it was a very scary incident, and soon after we decided to leave South Africa,” Mohammed said. “We wanted to go somewhere safe, somewhere nice.”

That wish brought his family to Dubai when Mohammed was six years old. While safer than South Africa, he said Dubai’s social and academic culture were a stark contrast from Pretoria.

“Dubai was an amazing place,” Mohammed said. “I had to leave behind my life there, all my friends and school, and I still haven’t gotten a bunch of my stuff from Dubai. But the teachers were kind of mean sometimes and would yell at us. And school, the British curriculum, was so much easier there. I was the smartest kid in the class, taking triple science, but at Paly I’m just normal.”

However, Dubai’s exorbitant living expenses motivated Mohammed’s family to try to move to Vancouver, Canada last summer. But first, in the process to get to the Great White North, Mohammed moved temporarily to Istanbul, Turkey for two months as he awaited his Canadian papers to come through.

“Moving (to Istanbul) was not so easy,” Mohammed said. “I had to leave Dubai at the end of the school year in April, when important exams were going on, kind of like AP exams. So I missed some of my exams to go to Istanbul. It was just temporary, so I couldn’t go to school for two months because Dubai schools finish at the end of June.”

Around the time Mohammed moved to Istanbul, his older brother Yusuf began attending college in London.

“When the time for me to go to college came, although saddened, Ehsaan always knew I was there for him and can help with anything,” Yusuf said.

After visiting him on vacation in Ireland for a few weeks, Mohammed’s family moved to San Francisco at the end of summer last year, where they stayed with a friend while waiting to hear if they could go to Vancouver.

“Around fall of last year, I hadn’t gone to school in like six months,” Mohammed said. “I began to get really bored, just staying inside all day. I would wake up, do some math or English, then play video games, and then sleep and repeat the whole cycle. My parents were hoping our papers to Canada would come through soon, but I couldn’t take it anymore, not going to school.”

However, Mohammed’s papers were rejected. Eager for an education, Mohammed persuaded his parents to move to Palo Alto.

“I searched where the best schools in California were, and it said Henry Gunn and Palo Alto High Schools were number one in the state,” Mohammed said. “I visited Paly, and I liked it more than Gunn because Paly was less depressing. I researched the apartment I’m living in now and convinced my parents to move there.”

“Everyone is so competitive,” Mohammed said. “It’s cutthroat here…No one cares about their life at all. It’s just about grades, grades, grades. The first thing people ask me here is ‘What’s your grade?’ No one in Dubai asked about each other’s grades. It didn’t matter as much. I don’t like that aspect at all.”

However, Mohammed said he appreciates the good relationship between teachers and students.

“It’s a new thing for me to have teachers that respect you, that talk to you nicely, and I like that,” Mohammed said. “In Dubai, the teachers were hated because they were disrespectful to students.”

“I feel like I’m learning more, but I’m not really enjoying my life like in Dubai,” Mohammed said. “It’s so different here due to the competition, and it’s more suburban. Plus here, most people were born and raised here, whereas in Dubai, everyone was international.”

Mohammed said some of his credits transferred from Dubai, but he had to take freshman year credits, mostly for history.

“For the second half of first semester, I was in a quiet room by myself, just grinding away history assignments, so I could get my credits caught up,” Mohammed said. “I had three preps, and it sucked. I didn’t really get to know Paly. I didn’t even understand Spirit Week. But I caught up and started going to regular classes the last few weeks of the semester.”

Mohammed’s former math peer tutor, junior Ethan Hwang, who he met in their sophomore PE class, said the difference in school curriculum made the transition to Paly challenging.

“Ehsaan struck me as a smart, hardworking kid who just needed a little help making the transition,” Hwang said. “I offered to help…and he told me that the transition from the British system of math to Paly’s system of math was tough. I agreed to meet with him once or twice a week, and saw that (he) really benefitted from individualized attention that he otherwise wouldn’t have gotten from an instructional teacher.”

“I wasn’t sure whether my papers to Canada would go through, but I decided to continue at Paly,” Mohammed said. “I think it was the right decision for my education because I didn’t want to miss any more school.”

Although moving around the world may have been challenging, Yusuf said the family supports each other whenever needed.

“Ehsaan and I have always been there for each other as we moved around, and taking care of our little sister together,” Yusuf said. “He still constantly asks me for help with his work in math and science and sometimes just to talk and catch up.”

In fact, Yusuf credits Mohammed’s experiences after Dubai with making him stronger.

“Ehsaan has grown up a lot since leaving Dubai,” Yusuf said. “In the past two years, I have been witness to the growth in his ambitions and strong work ethic. He has developed into a very passionate and hardworking young man. I see him on track to achieve all his goals and much more.”

Even with his success as a student here, Mohammed maintains a balanced view of Paly.

Mohammed said, “Paly is a nice place but I don’t think I’ll enjoy it as much as Dubai because I’m not from here, and my childhood is in Dubai.”