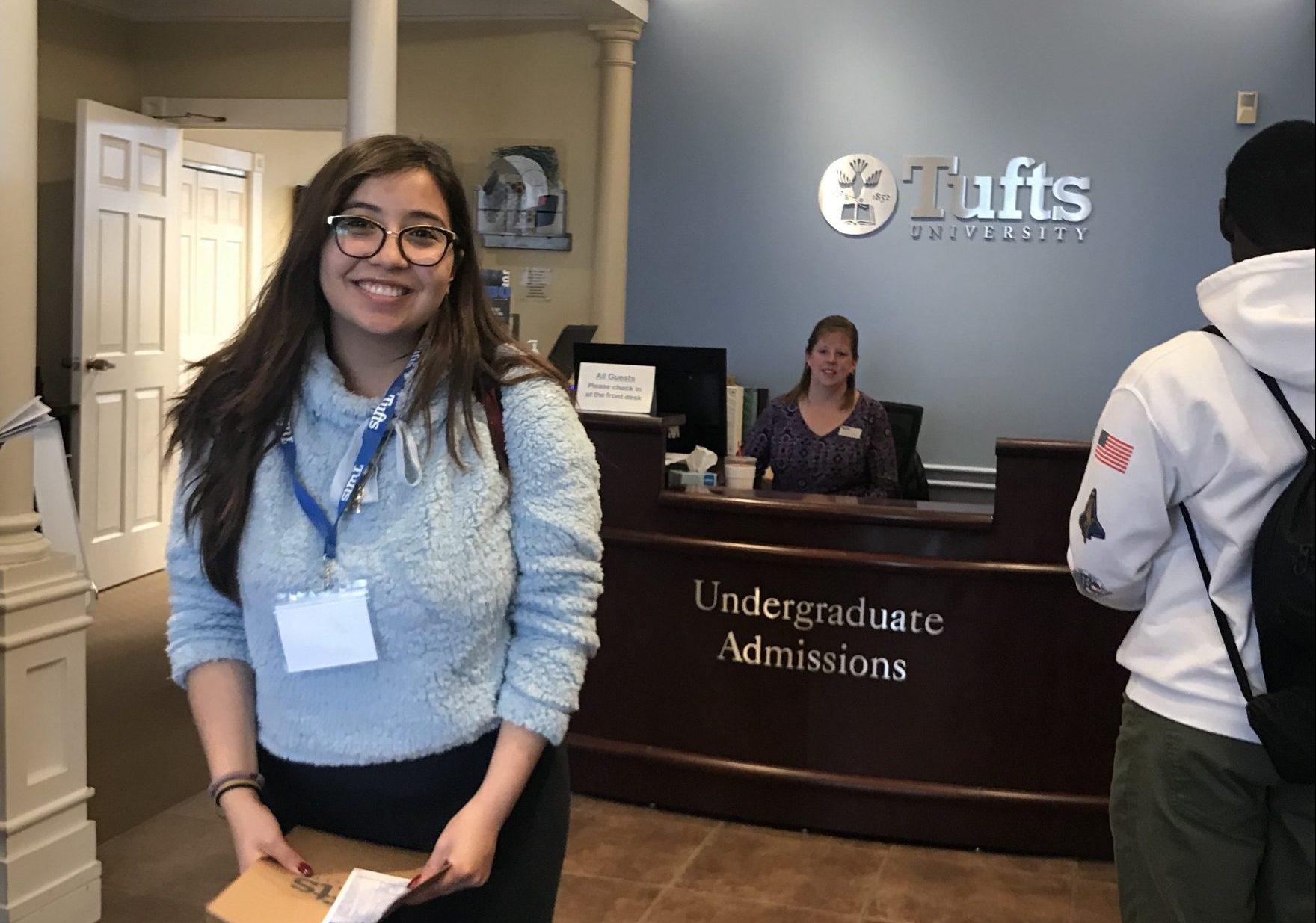 Rise Together Education/Used with permission

The program, whose members consist of Palo Alto residents and Paly staff, aims to provide financial and preparatory aid to students with low-income backgrounds during the college application window and continuing through college.

With a median home value of approximately $2,843,600, according to Zillow, Palo Alto is one of the most expensive places to live in the nation. However, this reputation obscures the families who are on the lower end of the financial spectrum, said Pallavi Homan, a member of RTE’s  board and the parent of both a Paly junior and graduate of the Class of 2019.

“The thing about a place like Palo Alto is that there’s such great wealth, that the fact that there are also these families that are struggling financially is a hidden problem,” Homan said. “Even people that live in the community may not know.”

These students, according to Kimberly Schwan, a director of RTE and a parent of a Paly  senior, may undertake a larger role in the family: managing the house and siblings and at the same time dealing with school load.

According to Schwan, approximately 10% of the 525 students in the 2020 class qualify for the free or reduced lunch, a significantly high statistic.

RTE grants scholarships to these students who are accepted to a four year college or a community college with a direct transfer agreement.

Schwan said students apply by filling out a one page application form. RTE then verifies that they qualify for the free or reduced lunch at Paly and are eligible to receive a scholarship.

“Students usually apply for the program their senior year,” said Schwan. “The challenge is being able to identify students in need. We rely on the College and Career Counseling Center, Guidance Office and their teachers and advisors to inform the students of our scholarship.  We would like to start identifying students earlier than their senior year to connect with them and provide more resources earlier on.”

To be able to provide these students with scholarship money, RTE hosts an annual Gala, a silent and live auction event to gain donations.

“We netted about $62,000 from the 2019 fundraising gala,” said Tida Violante, secretary of RTE and parent of a Paly student.  “We are hoping to raise even more money in March 2020 at the next gala because at this point, that is our main source of income.”

According to Violante, 97% of RTE donations go to scholarships and the Board are all volunteers.

Allison Salinas, a 2019 Paly graduate, is currently able to attend Tufts University through the help of RTE.

“I felt insecure, inadequate and, ultimately, inferior as an overall candidate for the colleges I was applying for,” Salinas said.

As a low-income, first-generation student, Salinas said that she was at a huge disadvantage.

“Since the beginning, it was clear that I could not afford the same luxuries as my peers,” Salinas said. “My parents didn’t work at Stanford or Google or have a Silicon Valley career. They were immigrants whose college education was cut short once they had to abandon their home country and could not continue it once they migrated due to their need to survive.”

Salinas said low-income students who live in Palo Alto or East Palo Alto have a slim chance of receiving any sort of scholarships or funding.

“The thing about EPA students, and many other Peninsula students, is that according to our parents’ tax forms, we seem more than well off,” Salinas said. “Our housing prices make us appear as just another high-middle class family in the Bay Area, when the truth is that we are living paycheck to paycheck.”

She applied for five national and state scholarships hoping to receive financial aid, but was unsuccessful.

“Even the small scholarships did not recognize me in the slightest,” Salinas said. “All it took was one glance at our seemingly high income to dismiss us. The stress that this put on me was immense: without any scholarships, I knew I would never be able to afford college.”

“With their support, I was able to pay the housing deposit for my college application, and finally, commit to a school,” Salinas said. “RTE truly is the manifestation of the city’s sentiment to help their Tinsley students, something I will always be grateful for.”

Senior Nicole Brand is currently one of the students benefiting from the resources available through RTE during the college process.

“I have used this resource to help me write all of my college essays as well as using their financial support,” Brand said. “They have not only motivated me to aim high with all of the universities that I am applying to, but they are also giving me financial assistance.”

Brand is a first-generation, low-income student at Paly who has utilized the many benefits that RTE has to offer in polishing her college applications.

“By taking a look at my scholarship essay, they are reassuring me that I could get enough scholarship money to fulfill my dream of attending a four-year university,” Brand said.

Senior Tati Taylor, who just started using RTE as a resource, said many people assume all Paly families come from wealthy families. Due to Paly’s reputation, it is typical to discredit the number of low-income families who bring their children to Palo Alto for a better education, Taylor said.

For example, Brand said she grew up without the same financial stability as her peers. She did not receive tutoring or other expensive college preparation that she said can aid students from families with stable incomes.

“A lot of my peers have had a lot of tutoring for tests such as the ACT or SAT, which makes the test average for Paly extremely high,” Brand said. “My scores are not nearly as high as my peers. However, schools think that since I attend Paly, it should be at the same level as them.”

Although the majority of Palo Alto families have stable incomes, there are still a significant number of students that do not have the extreme luxuries and have to work even harder, Brand said.

RTE works towards combating this issue by providing financial support consultation for low-income students and reviewing essays for college applications and scholarships.

“It is a resource that can improve the lives of all low-income students,” Brand said. “It has helped me feel confident in this tough time of college apps and has made me believe in how a group of people can change the way you look at college.”