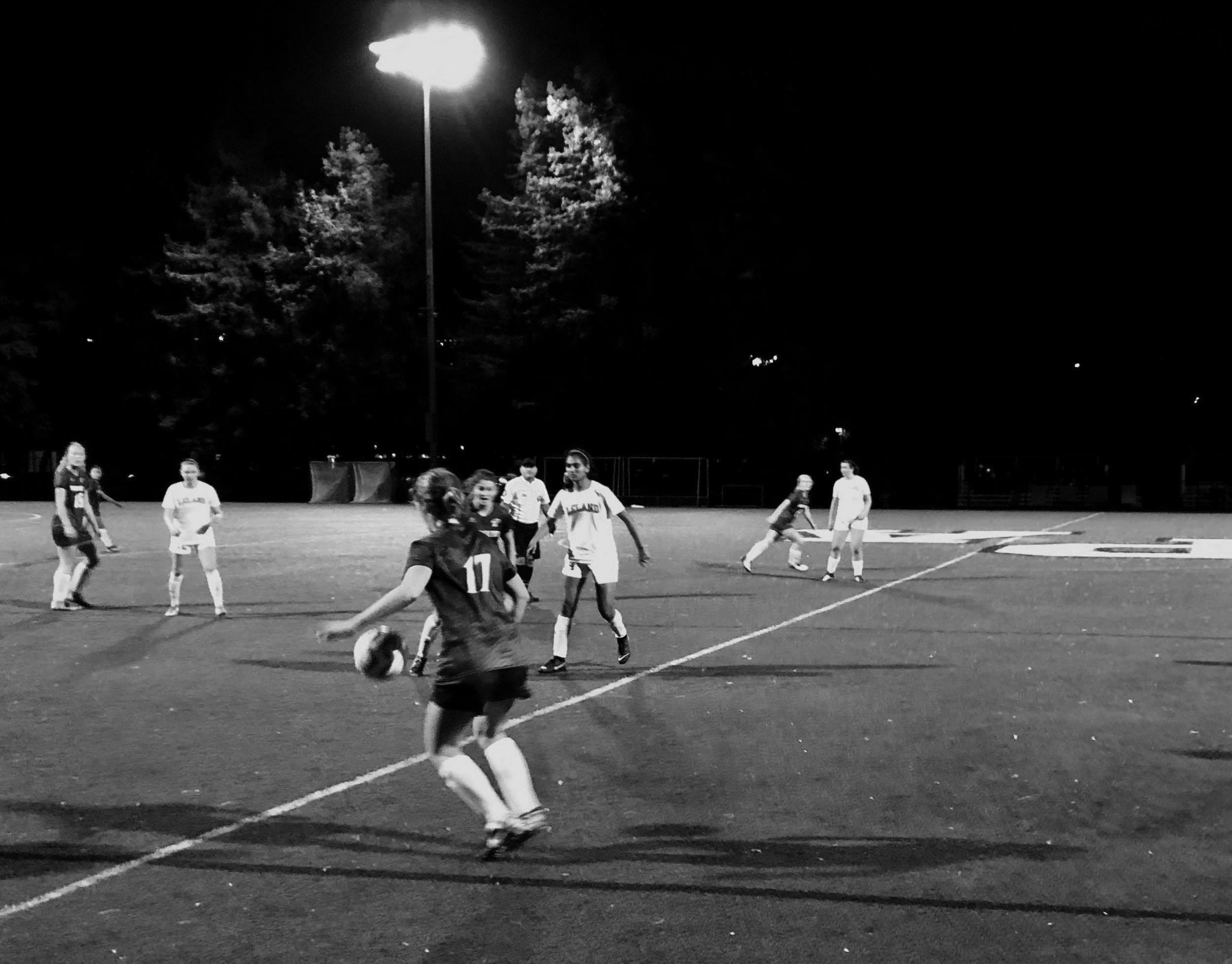 “The team is looking good,” Luna said. “I am very excited. We have a lot of very unique, special players that bring something different to the playing field: not your typical technical, (safe-playing) player.”

Captain and senior Kaitlin Meyer says she has high hopes for the team in the upcoming weeks of the season.

“Last year, we faced a lot of difficulties, and the losses made it tough on us,” Meyer said. “I am really hopeful and optimistic about how the season is going to play out.”

The team kicked off the season with a 1-1 draw against Leland High School on Dec. 3, with sophomore Mariana Kessinger striking a goal to tie the game.

Coaching the players in a game for the first time, Luna said he witnessed both moments of struggle and moments of triumph.

“Not only is it the first game of the season, it is also the first game for me to coach them (…) and for players who were not on varsity last season to play,” Luna said. “A lot of players stepped up and impressed me for the level of playing and pressure they could handle.”

Meyer says she appreciates how well Coach Armando is working with the team and his communication. After tying their first game,  Meyer says the team has great potential.

“It is disappointing that we tied, and we definitely had a hard time when we were attacking and staying calm,” Meyer said. “However, it’s only the first game, and we have a lot of room for improvement. I am proud of our starting base and I know we will build up from that.”

From observing the game and  practice, Luna said he gained numerous insights on the areas of improvement that the team will work on as the season progresses.

As captain, Meyer hopes to better the team through bonding.

“We really need to build good relationships,” Meyer said. “I think that was something that was lacking last year, so I want to organize some social events to create and further the team’s chemistry.”

The Vikings face off against Menlo-Atherton High School at home on Dec. 5.