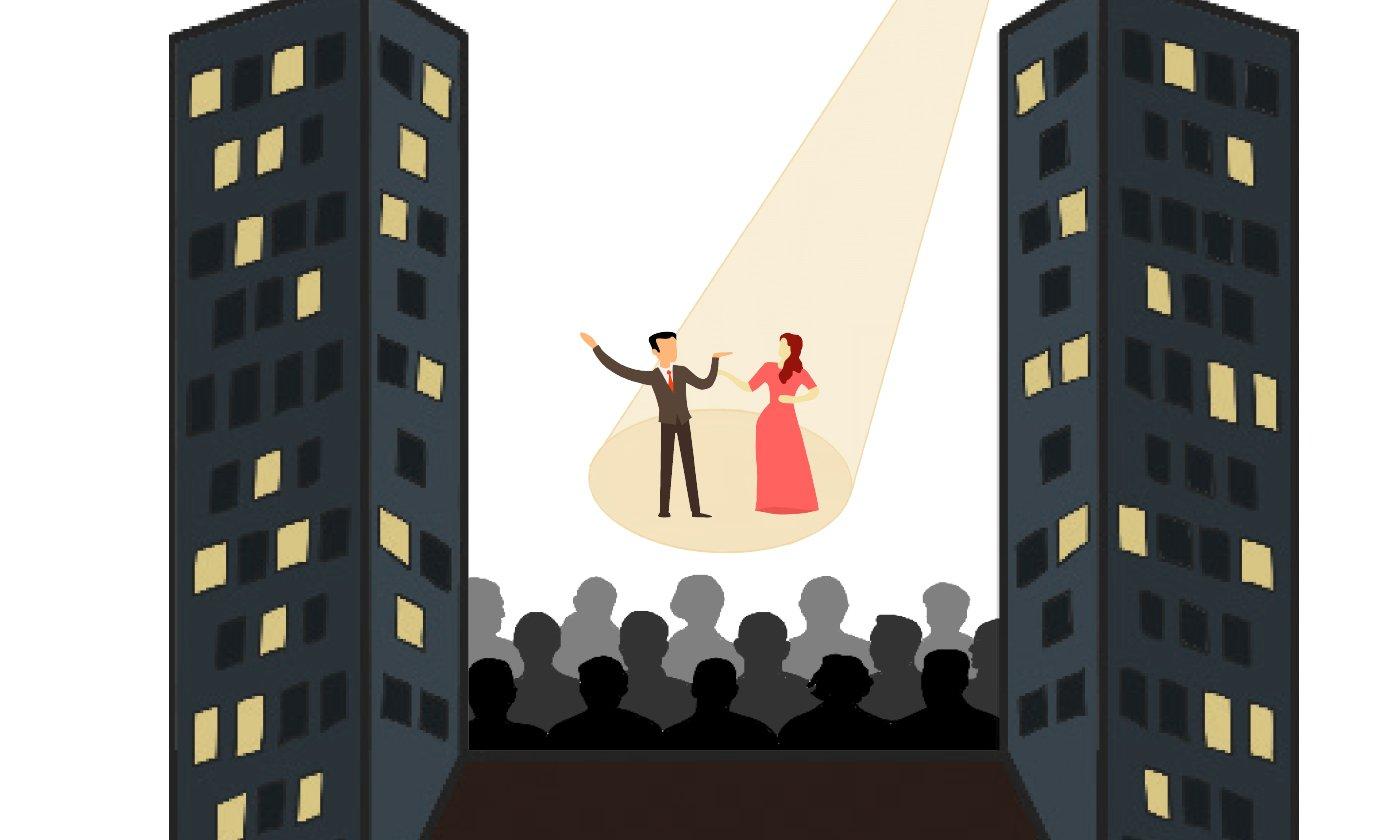 Onto The Next Stage

Studying the intricate systems of  human anatomy by day,  and replacing her lab coat with false eyelashes and a microphone attached to her cheek at night, senior Emilia Massoudi imagines herself in a two-pronged approach at a successful future.

Several students involved in Paly theatre aim to pursue the crossover of a higher education with acting and performing in large productions as they enter the next chapter of their lives. Massoudi is one of these students — she plans to attend a four-year liberal arts college while pursuing her interests in science and acting simultaneously. Massoudi said she is open to applying to graduate school after discovering which subject she enjoys the most during college.

“I enjoy acting because it allows me to express myself, which is critical to maintaining my mental health,” Massoudi said. “Whenever I receive a character, I first try to find points of connection so I can act realistically. So when I walk on stage, I’m not someone else, I am myself.”

Despite the minimal number of lines, Massoudi recalls her role as a touchy old lady in a children’s theatre camp as one of the most memorable experiences of her acting career.

“I had three lines and one of them was ‘Happy Birthday, Rosie. I wrote you into my will,’” Massoudi said. “It was super fun and I got to be very physical (on stage).”

A common theme among actors at Paly is the importance of self-expression: acting can be an outlet for overwhelming emotions or a way to forget about other things, according to senior Isabel Harding.

“I enjoy acting because it gives me a feeling that nothing else does,” Harding said. “Whenever I’m performing, whether that’s dancing or acting or singing, I feel like I’m totally in the moment and like everything else in the world stops except for me on stage.”

“My plans after high school are to go to college as either a musical theatre or dance major,” Harding said. “I plan on pursuing my career by going to school and learning and making connections.”

To get a jumpstart on her acting and dance career, Harding is planning to find work in these fields during college.

“Most programs have agent showcases to help you find management and get you started after school,” Harding said. “My dream job is to be a dancer and actor and also a dance teacher.”

Kathleen Woods is the theatre program director at Paly, directing the majority of the afterschool productions and teaching theatre classes on campus.

“We offer any student a sequence of classes and production opportunities where they can build their skills and they can experiment,” Woods said. “(Students) can work with professionals in the field, both in the performance arena and in the technical arena, in the theatre class and can be part of the productions.”

Along with providing students with a solid foundation of acting experience in high school, the theatre department prepares its students who are interested in pursuing acting in the future by providing them with professional guidance.

“If their goal is to study theatre in college, which is usually the next step, they’re not usually going to launch right into professional theatre,” Woods said. “We have a process that helps them in Theatre 3 and Theatre 4 for honors students. We do what’s called a professional audition unit every year where students prepare an audition package and I bring professionals in to give them feedback.”

Students can either choose to rehearse two monologues for the acting package, or one monologue and a song. They then show this package of pieces to visiting professional performers in class, according to Woods. A monologue is a short speech done by one character that portrays contrast in emotion or style.

Many students who are interested in pursuing acting later in life are involved in the Thespian troupe at Paly, which is in coherence with the International Thespian Society, according to Woods. A group of Paly actors attends a state festival at the end of the year in which they showcase both performance and technical theatre. Last year, the group made it to the international festival in June.

Senior Aida Mohamed is planning on attending a four-year college while majoring in acting or musical theater once she reaches post-graduate education.

“The most important way to pursue an acting career as a young adult is to just keep doing shows,” Mohamed said. “College is a fantastic opportunity to do new and exciting types of theatre, so I’m looking forward to that.”

Mohamed, who began acting in operas at the age of six, recalls her favorite role of her acting career as playing Puck in ‘A Midsummer Night’s Dream’ through the Paly theater department.

“What I love most about acting is how human it is,” Mohamed said. “Acting is an art that evolved out of the need to tell stories, and I love how many ways of storytelling have come from it.”

Mohamed hopes to end up working in the theatre world, either as an actress, writer or director in residence with a theatre company.

“I’d love to be working at a regional theatre or acting with a touring show,” Mohamed said.

The theater coaches are partnering with professional actors to help aspiring young actors pursue their dreams of becoming future actors by providing them with ample support and expertise in both the performance and technical aspect of theatre.