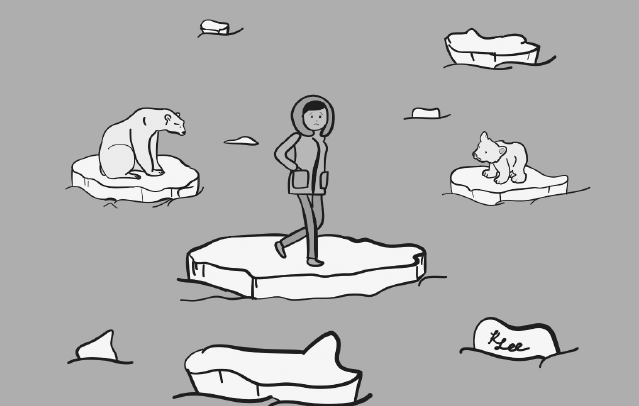 Scientists ought to clarify consequences of climate change

Temperatures in Greenland have increased, melting over 40 billion tons of ice sheets since the 1970s, according to National Geographic. This summer, Europe underwent a huge heat wave in parts that typically do not experience very high temperatures, and they passed through with temperatures over 80 degrees. For many years, scientists have viewed climate change as a distant problem. However, as we have seen, this thinking is wrong. This is why environmentalists need to better communicate the grave consequences of climate change.

If scientists would have predicted that heat waves, increases in temperatures and sea level rise would happen earlier, the casualties that we experience today may as a result have minimized.  Even though science is a process of discovery, it is important that scientists estimate disasters and their severity earlier, rather than saying that they will unfold hundreds of years from now, even though we have clearly seen this happening in the past couple of years.

CNN news said parts of Earth has seen temperatures beyond what is typically seen and therefore in parts of France, for example, a striking number of deaths have resulted. With temperatures over 116 degrees Fahrenheit, 1,435 deaths have been reported with a link to the vast temperature fluctuation that has caused such an increase in the overall Earth’s temperature.

An article from the National Academies reports, that scientist Dr. Broecker reported carbon dioxide emissions would not raise global temperatures significantly in the 21st century. However, it is clear that we will see an increase in the average global temperature will rise five degrees by the end of the century.

For the past decades we have experienced for the past couple of years with permafrost melting and increasing temperatures. If we would have known the consequences would contribute to many natural occurrences like Hurricane Harvey or Hurricane Irma, we could have been better equipped for disasters.

In addition, according to Science Daily, scientists have predicted that the swing between cold and warm periods would take much longer than what has happened. With many scientists  conclusions that these periodic changes would take more years than expected, however, these cooling and warming periods have changed in a matter of years. For instance, the amount of ice sheets in the Antarctic and other glaciers has been decreasing as a result of the increase in global temperature.

A survey done by Climate Change Communication reported that only 54% of the American population think human-induced global warming is happening. Even with clear evidence of climate change, many Americans are still unaware that it is actually taking place.

In regards to the sea level rise in oceans around the globe, there is some very bad news. As the oceans begin to warm up, marine animals such as polar bears and seals are unable to adapt to the extreme temperature changes and as a result, according to WorldWildlife. In addition, more powerful storms are on the horizon due to the extensive increase in carbon dioxide emissions, according to the New York Times, who say that sea levels will rise 30 centimeters by 2050.

Business Outsider said one can predict that in a couple decades, San Francisco will be under water and Palo Alto will be at an increased risk for flood surges.

According to The Balance, $24 billion is going to have to be paid to help reconstruct California after its devastating fires. If scientists would communicate the grave consequences that climate change has on the environment and on Palo Alto, we would much better we able to prepare for disasters such as floods and harsh storms.

The portion of our economy used to help build up cities and reconstruct areas could go towards better things such as poverty, inequality and helping to provide future generations with a good environment.