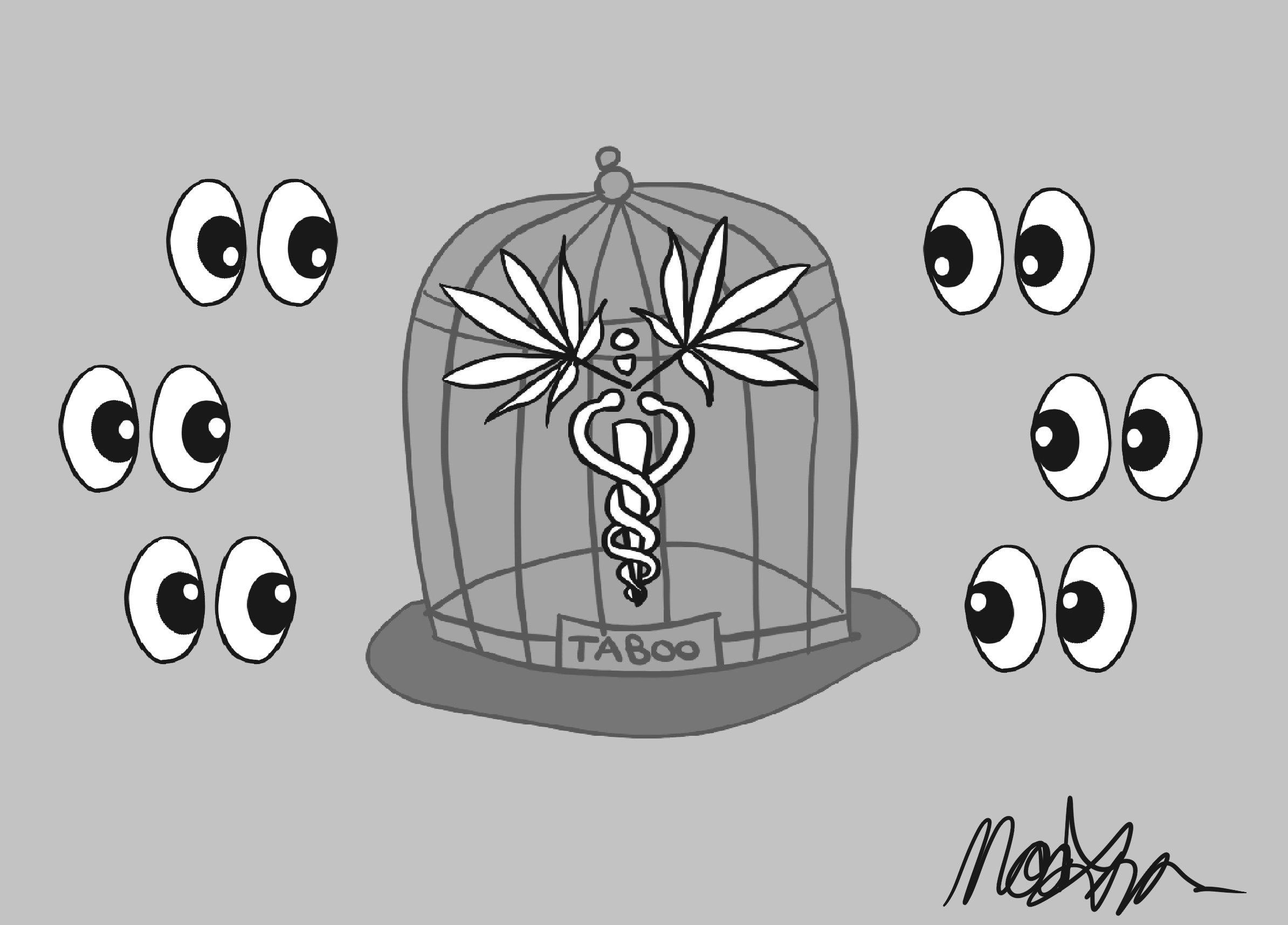 It’s been three years since California legalized the recreational use of marijuana, a milestone achievement for the movement to decriminalize pot. Despite this advancement,  the fire of public stigma against the plant roars stronger than ever, fueled most recently by the hysteria-stirring vaping crisis, which has been responsible for deaths across the country.

Because of this, vaping — and THC consumption of any kind — has become taboo; both society and the media now often portray people who vape or smoke as unclean and uninformed about what they put in their bodies. But not all forms of cannabis are created equal, and that extends to vaping, therefore we must take a look into the cause vape illnesses.

Prescribing marijuana as a medicine has been legal in California since 1996, when it became the first state to do so. According to family physician and Doctors for Cannabis Regulation (DFCR) member Hugh Blumenfeld, cannabis is a legitimate medication and legalization and de-stigmatization efforts should be continued nationwide, especially when comparing its effects to those of other drugs.

“Unlike alcohol, cannabis dependence is not associated with cirrhosis, pancreatitis, seizures and dementia, nor is its use linked to sexual assault or other forms of violence,” Blumenfeld said, going on to point out that no one has ever died from cannabis consumption.

“Meanwhile, a growing body of research suggests that there are real benefits of cannabis for a wide variety of medical problems, though studies have been hindered by legal red tape.”

In an open letter written to the NFL, the DFCR cited studies and research done on the medical use of cannabis.

“According to another recent study in JAMA Internal Medicine, states with legal medical marijuana programs have a 25% lower incidence of fatal overdose on prescription opioid drugs, which suggests that cannabis is a much safer alternative for patients with chronic pain,” the letter said.

The DFCR also cited a clinical trial in Israel which reported that cannabis was effective in alleviating the symptoms of Crohn’s disease, even curing it in some cases.

In a letter written to “The American Journal of Nursing”, former registered nurse Patricia R. Skidmore attested to the benefits of cannabis as medicine.

“I saw firsthand how marijuana helped my son, who had AIDS, eat and even sing in a concert,” Skidmore wrote.

She went on to say numerous states, and even the Public Health Association, have recognized the medicinal advantages of the plant.

“If my son were still alive, I would continue to risk going to jail to supply him with this medicine,” Skidmore wrote.

Regardless of these medicinal properties, inhaling smoke is an irritant to the lungs and therefore,  many medical marijuana patients searched for a way to consume THC and CBD without putting their lungs under stress. In addition to edibles, tinctures and drinks, a method of cannabis consumption that became popular was vaporization, or vaping.

Vaporization, in concept, was supposed to eliminate THC smoke and replace it with THC vapor. A vape pen consists of a battery and a cartridge. The cartridge is filled with a THC or CBD distillate — refined oil extracted from high-grade plants.

According to the DFCR, as legalization is implemented in various states around the nation, knockoff versions of legal cannabis cartridges could pop up in places where recreational or medicinal cannabis is not yet legalized, leading to potential health risks.

“Adults who choose to use cannabis recreationally or for its medicinal properties are endangered by-products that could be contaminated with pesticides and mold, or laced with PCP, K2, fentanyl or cocaine,” Blumenfeld said.

Now in 2019, an outbreak of what seemed to be a vaping illness caught the nation’s attention, causing the CDC to conduct extensive studies looking into the dangers of the black market and illegally sourced vapes.

According to the CDC’s continually updated article on the vaping crisis, what led adults and children around the nation to fall ill with the “vaping epidemic” is the presence of fungicides along with Vitamin E and other unsafe chemicals in both THC and nicotine vapes. In other words, the DFCR was right ­— THC is not the problem. Additives are.

In most cases of vaping illness, the CDC says the THC cartridge of the patients vape device was obtained from a black market source, such as  a friend, family member or drug dealer instead of a licensed dispensary or delivery service. Dispensaries and delivery services stock their products from lab-tested brands where a third party has confirmed that the brand’s product is solventless and additive-free.

Some THC concentrate brands have even published the results of lab tests done on their products. However, the looming judgment of the public could cause many patients in need of treatment to fear seeking help.

As a progressive and continually evolving community here in California, it’s important to remember that even in the face of challenges and legitimate problems, we must think critically about the cause and effect of the issue and the best way to solve it.

Instead of judging people who choose to vape THC because they are vaping, we should be encouraging people to be more careful about the sources of their THC and to become educated about the benefits and dangers of marijuana.

On a national scale, the U.S. should be treating cannabis as it does alcohol or cigarettes in terms of federal laws, for regulation is the key to making sure people don’t consume dangerous chemicals.