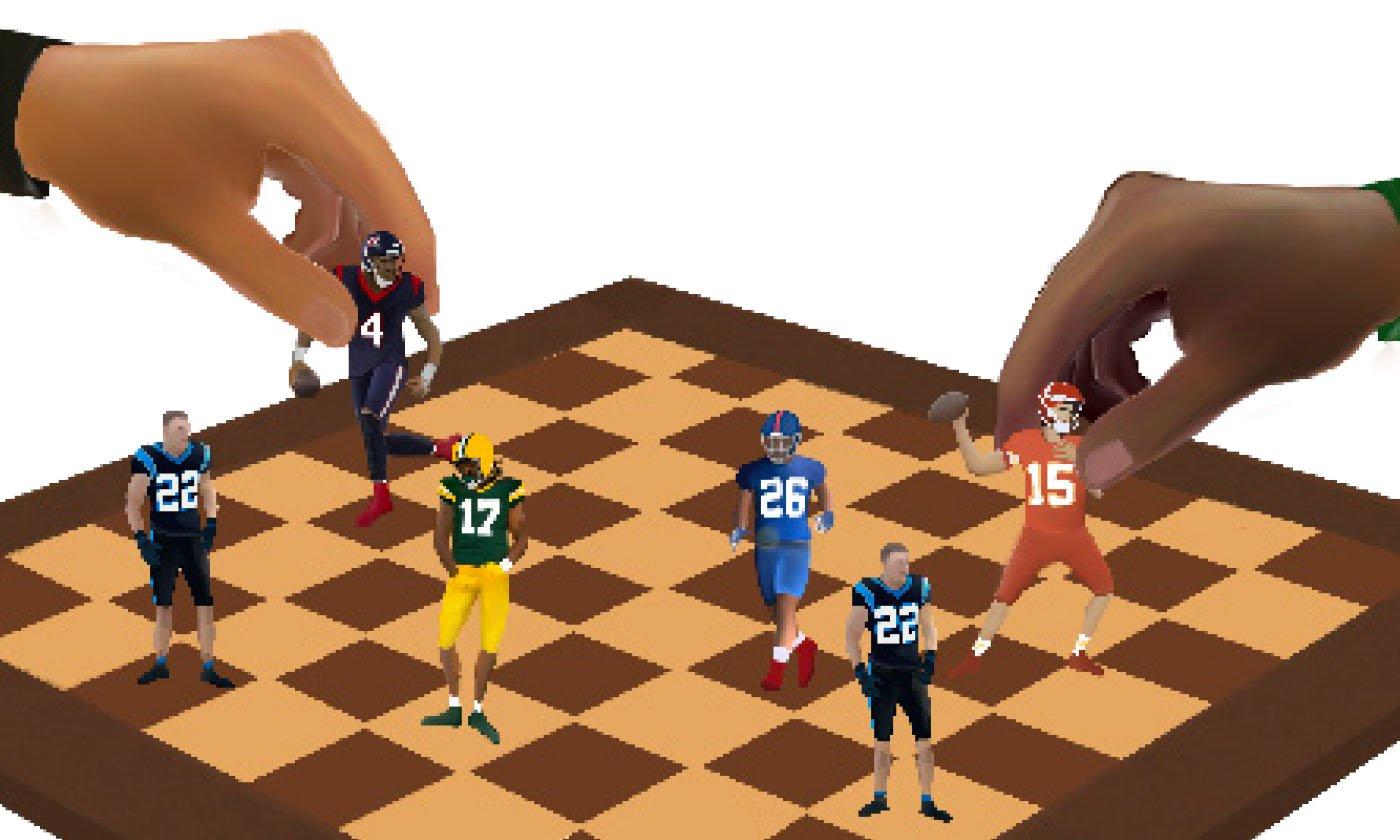 Every Sunday morning, sophomore Albert Cai hastily checks his phone to make last-minute changes to his fantasy football roster, with the goal of taking another step forward in winning it all. This fantasy sports craze has not only been prevalent at Paly, but also around the world.

Fantasy sports, originally invented in the 1980s, have recently been picking up steam, with Forbes reporting an increased rate in participation from an estimated 32 million players in 2012 to 59.3 million in 2017.

With fantasy sports, users are able to manage a team by drafting it before the fall season begins, trading with other members in their league and acquiring any other available free agents based on a player’s real-life statistics.

Throughout the whole season, fantasy users pray for their players’ good health and success, as their real-life performance directly translates to a fantasy team’s success.

However, all these processes are expedited with more expansive mobile apps dedicated to fantasy sports. With the rise in technology, fantasy sports apps are garnering more users than ever, as demonstrated in the Paly fantasy sports culture, according to senior Will DeAndre.

“Today, fantasy (sports) is way more popular than it used to be, and getting started is easier than ever with an abundance of insider knowledge and ranking websites,” DeAndre said.

Fantasy sports apps not only allow users to make transactions easily, but also allow people who don’t watch sports to  become submerged in the world of sports, according to Cai.

“I wanted to learn more about sports, but I didn’t want to watch all the games at the time (I began playing), so I thought fantasy was a good way to learn about the players and follow the game,” Cai said.

Another quality that makes fantasy sports appealing to students is the connection it has with live sports, which further allows fans to closely follow their favorite sports and teams, P.E. teacher Jason Fung said. Fung said playing fantasy sports, specifically fantasy football, has been a fun way to spend his Sundays, as they are filled with football games, starting in the morning and finishing at night.

“It allows some interest in games that really don’t matter to the general public, but you get to follow either your favorite players or the players you pick,” Fung said. “You start to follow reasons more than just who won the game.”

Fantasy sports allows fans to not only be knowledgeable about their own team, but opposing teams as well, according to DeAndre.

“Playing fantasy football has definitely deepened my understanding of football,” DeAndre said. “It allows me to name almost every offensive skill-position player in the NFL, and I could probably tell you how many yards they had this year, too.”

Cai said another quality of fantasy sports that intrigues sports fans to play is the managerial and analytical aspect of it, which allows you to manage your own team and, to an extent, control its destiny.

“Drafting is my favorite part of the year,” DeAndre said. “I like it because it is fun to create my own rankings as well as take risks with players you think are going to do well.”

On top of drafting, there are many mid-season transactions that fantasy users have to make in order to win it all. Although it may seem as if a lot of time must be dedicated to managing a roster and following the games, Cai believes that for many casual fantasy players, fantasy sports is a low-commitment activity that provides users with entertainment and something to chat about with friends throughout the week.

“Playing fantasy sports does not really require that much dedication,” Cai said. “For fantasy football, most of the time I check during the weekends.”

However, due to the fact that other sports have games that are scattered throughout the week, people who play other fantasy sports such as basketball or baseball may have to give a little more effort, according to DeAndre.

“Football is a better sport to start with than baseball or basketball because there are multiple games (on) one day of the week,” DeAndre said.

Cai said the goal of fantasy sports is to win, as this comes with bragging rights. However, others say it’s the money that motivates them to give fantasy sports their all.

“At the end of the day, a lot of kids do it for the fact that you can win some money,” Fung said. “Whether it’s a little or a lot, it’s still the drive of winning some money.”

For students like DeAndre though, money is a secondary thought to the bragging rights.

“Money is helpful to a league because it gives people an incentive to care and try to do well,” DeAndre said. “If you have a league of motivated players, I think the money doesn’t mean much.”

As shown by the popularity of fantasy sports at Paly, while playing fantasy sports has many benefits, it also has significant drawbacks. According to Fung, playing the game with money could ultimately lead to gambling addiction.

“The end goal is kind of how it starts, and that always segways into gambling because it is the gratification that comes with fantasy football,” Fung said.

Despite the potential risks involved, fantasy sports remain popular among students at Paly, as it encourages people to follow sports more closely and earn a little pocket change.

“I would definitely pick up fantasy football if you don’t play it already,” DeAndre said. “It is such a fun activity to do with your friends, and gets even better if you put a lot of time into it.”