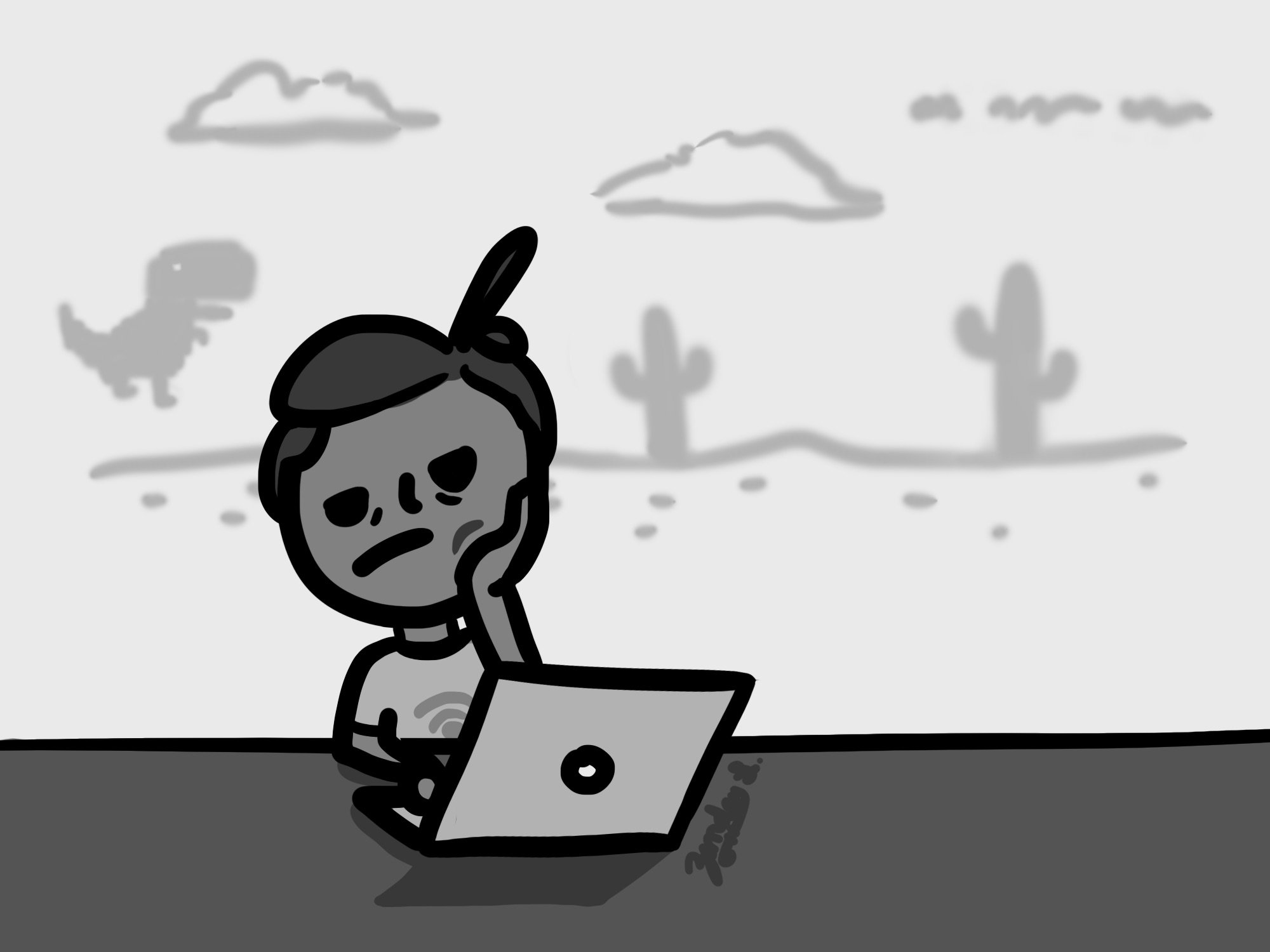 If you thought Pokemon has been around forever, so has the desire for high-speed internet in Palo Alto. But unlike fire-breathing Charizard, the ancient copper cables that connect Palo Altans to the outside world are anything but blazing fast.

The city of Palo Alto has been dithering on fully investing in internet infrastructure — the physical wires that connect family homes to the world wide web — for as long as Paly students have been alive. That must change.

The city needs to revisit the idea of sophisticated residential fiber-optic infrastructure in the heart of Silicon Valley, which we shockingly do not have, as high-speed internet quickly becomes a necessity for everyday life for  connected individuals.

Students use the internet for the majority of their schoolwork and entertainment, and the data requirements to download high-definition video or support 20 simultaneous Chrome tabs are only growing. Once a cinema standard, 480p (a measure of video resolution) requires less than one-sixth the internet speed necessary to stream modern 2160p (better known as 4K) video. Because of this need for faster service, internet service providers are beginning to install fiber-optic internet in Palo Alto and around the nation.

Fiber-optic technology allows for data speeds on average 10 times faster than conventional “coaxial” copper cable. In a fiber-optic cable, light is transmitted over a hair-thin glass core, as opposed to coaxial which sends data via electrical pulses over less-efficient copper wire.

Many students are surprised to learn that miles of cable have been sitting under their feet for ages, restricted only to the city’s large corporations that pay a premium for high speed “industrial service” though the city utility’s network.

To understand how the system got to this point, we have to go way back in time to 1996 — the year Pokemon was created. Nearly a quarter of a century ago, the Palo Alto City Council approved a $2 million investment in preliminary fiber-optic infrastructure. The goal was to create a “dark-fiber” network, where the cables were laid underground but not connected to houses.  With this first step achieved, Palo Alto looked set to become the first American city to offer gigabyte internet to the community.

To do this, a Fiber-to-the-Premises (referred to in the industry as the acronym FTTP) network needed to be constructed where fiber-optic cables were connected to homes from the dark-fiber system. After the initial dark-fiber installation, however, the project lost steam. Five years after the start of the project, only 67 homes were successfully set up with experimental connections.

Back then — in the age of floppy-disk drives — high-speed data transmission was just not a priority.

The nearly decade-long negotiations that followed for the third party installation of connections fell apart amid the 2009 recession, when the City decided that the projected costs would be too high. Instead, they put all their eggs in one basket: Google.

The Google Fiber program promised to bear the cost of laying expensive fiber-optic cables, and the city petitioned for Palo Alto to be Google Fiber’s first completed project. As with most ideas that sound too good to be true, the project was placed on hold “indefinitely” in 2014, and in 2019, Google announced the end to their foray into the ISP industry.

The Palo Alto City Council has evidently given up on the idea of providing fiber-optic internet to its residents as well, instead endorsing a project in June 2019 that would expand fiber to residents’ houses for the sole purpose of connecting smart meters to the city utility network that would allow for real-time monitoring of natural gas and electricity usage without the requirement of sending utility personnel to take readings for every home in the city.

The city of Chattanooga, Tenn. has found success by going in the opposite direction. The city initially got its start in providing high-speed fiber-optic after it realized its plan to link smart meters was just one step away from a community-wide high-speed network. Chattanooga became the first city in the U.S. to provide gigabyte internet in 2010, after years of legal battles with large ISPs, the likes of Comcast and AT&T. It’s likely that Palo Alto would face these same legal challenges if it tried to become an ISP — it is a shame Palo Alto did not have a 10-year headstart on the project.

Many vocal residents of the community say that with 5G wireless internet around the corner, along with the highly touted “10-gigabyte theoretical max” download speed, there is no need for a wired network.

The reasoning is to leapfrog from copper internet to 5G, skipping a costly FTTP middle step. In reality, fiber-optics are the backbone of 5G wireless transmitters: wherever 5G internet goes, a fiber connection has to follow. And as wireless signals increase their data speed, they give up the capability to travel long distances. This is for the same reason that a car radio can pick up low energy radio waves in an underground garage, but you lose a high energy cellular signal when under so many layers of dirt and concrete. Whereas one radio station with a long frequency wave can broadcast to the entire Peninsula, many 5G cell towers or their equivalent transmitters will be needed to cover the same area — and if the fiber cable needs to be run through neighborhoods anyway, why not plug those houses into the grid? Not only would this allow for lower latency, or delay, in internet connections, but it would silence Palo Alto’s small but influential slice of residents who make (scientifically unfounded) claims about the supposed health risks of high power 5G cell towers.

People were shocked when coaxial cable replaced dial-up, and doubly shocked when one-gigabyte storage drives hit the shelves. They thought they would never be able to type up enough Microsoft Word documents to fill the seemingly endless vacuum of space.

Even if they come to fruition, the 100-gigabyte speed offered by 5G telecom companies will one day be rendered obsolete. When teachers start posting one terabyte (the next step up from a gigabyte) 3D PowerPoint presentations on their lesson plans, we are going to wish we had more substantial networking infrastructure under our streets.