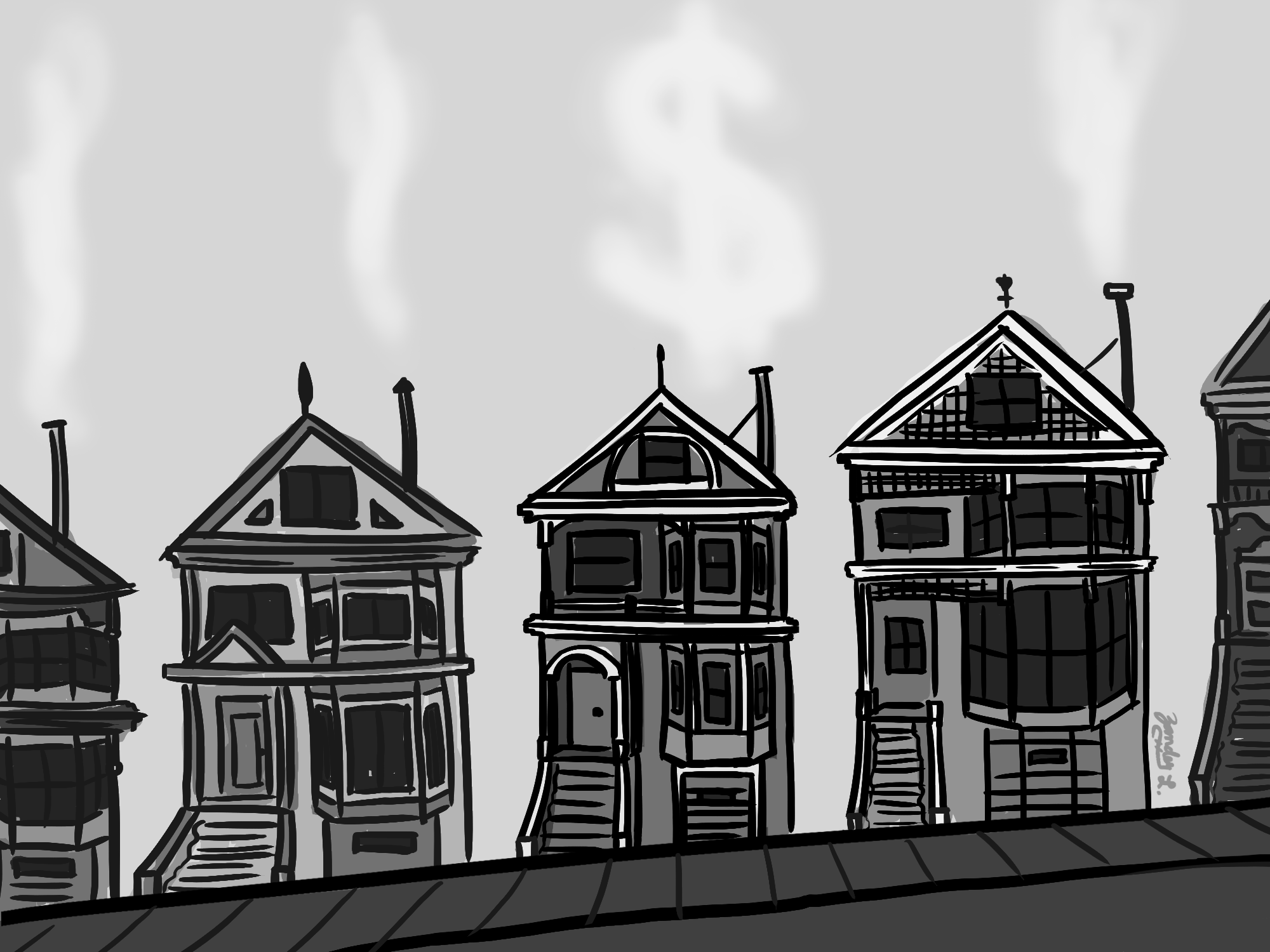 Dozens of recreational vehicles line the curb of El Camino Real, home to residents who have been forced into these circumstances by a lack of affordable housing in the area. RVs have become the subject of ire in Palo Alto in recent years.

The rapidly escalating housing crisis is one of the biggest problems facing California.   In Gov. Gavin Newsom’s recent State of the State address, he referred to the crisis as a “disgrace.” As of January 2019, the Department of Housing and Urban Development said 151,278 people in the state are homeless. However, this crisis may not just be because of a shortage of houses.

There are nearly four times as many houses as people in San Francisco, according to Curbed SF, a real estate and urban design site.

So, why the discrepancy? Because luxury apartments have difficulty finding tenants who can afford to buy or rent them, much of the housing is kept empty. In London, according to a Palgrave Communications study, as much as 30% of the housing in expensive neighborhoods is empty or low-use. And, according to the Mercury News, there are approximately 46,000 vacant homes in the Bay Area alone

To combat this issue, California should implement a vacant house tax to encourage the development of affordable housing in place of luxury housing.

The state government could then use the revenue generated by the tax to fund government services that place homeless people in shelters and permanent homes.

Although the number of vacant homes is a relatively small portion of the 2.3 million homes in the Bay Area, there are 28,200 homeless people in the Bay Area, two-thirds of which are currently unsheltered, according to the Bay Area Council Economic Institute.

Thus, there are more than enough homes in California to provide housing for all of the homeless people in the state. The vacant house tax would provide a disincentive for property owners to keep homes empty. This, in turn, would encourage landowners to lower rents in order to fill homes, which would enable more people to have shelter. According to CalMatters, a media organization focused on the California political realm, rising rents are one of the primary reasons for the rapidly diminishing supply of affordable housing. Already, the vacant house tax has proved effective in other cities where it has been implemented.

For example, Vancouver experienced a decrease in the number of vacant properties after implementing a vacant house tax in 2017.

Out of 2,538 properties that were declared vacant in 2017, 1,199, or 47%, were occupied in 2018, according to a report from the city of Vancouver. This increase in the percent of occupied houses indicates how a vacant house tax could help fill homes that currently remain empty.

Oakland also recently passed a vacant-property tax, which was set to go into effect at the beginning of 2020. Oakland Mayor Libby Schaaf’s spokesperson Justin Berton said in an email to the San Francisco Chronicle that the new legislation “taxes people who are failing to utilize their property during a housing shortage, which damages overall community vitality.”

In order to cope with the ever-worsening housing shortage, California must follow the lead of Oakland and other cities and consider a vacant house tax on a larger scale as a solution to maximize the utilization of properties and address the prominent issue of homelessness.