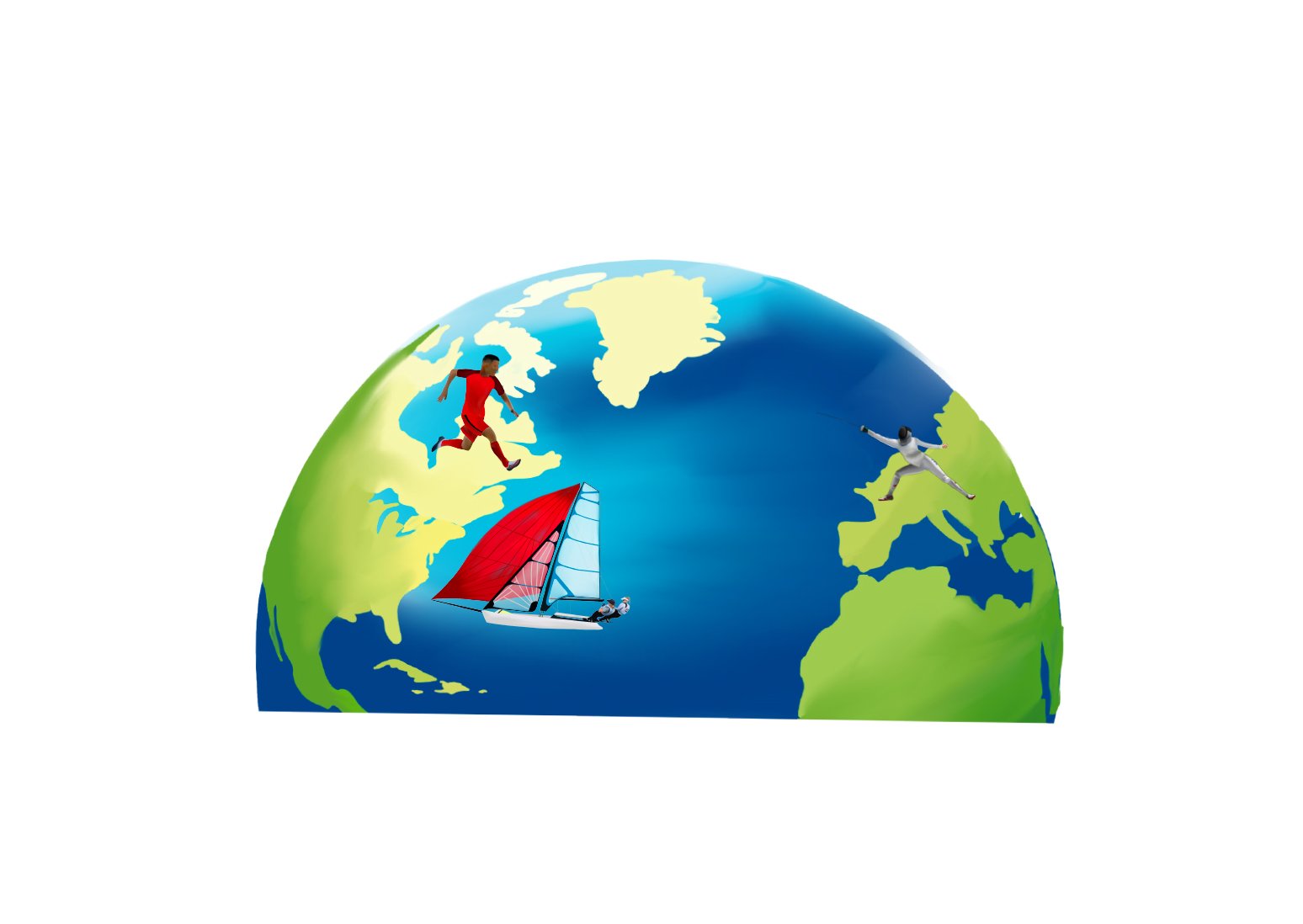 As junior Audrey Chu steps onto the 14-meter long metal fencing piste, she salutes her opponent and referee, then proceeds to lower her mask as she prepares for her next bout.

For Chu, a student athlete who competes internationally for her fencing team, traveling abroad provides her with opportunities to explore various cultures and meet new people.

Since 2018, Chu has fenced in European Cadet Circuits (16 and under fencing competitions in Europe) in Austria, Germany, Slovakia and Colombia. She started at 11 years old in a fencing club in Shanghai, China. Chu said she had to compete nationally to earn national points before competing internationally. After accumulating a sufficient number of points, Chu  she joined the USA Épée Cadet Travel Team, which is made up of the nation’s top 20 fencers in the 16 and under age group.

“When I went to Colombia, I (was able) to practice my Spanish with locals and bargained to buy some cheap trinkets,” Chu said. “The people there were filled with a different vibe; they were extremely chatty and welcoming. I didn’t feel like a foreigner at all.”

While some athletes feel immense pressure competing at high-level competitions, Chu said she feels proud, as she met a personal milestone.

“Simply being able to compete internationally was a great deal for me, and I had no expectations whatsoever,” Chu said. “I found out that it was just a normal competition, but better, because of the different culture and food that I enjoyed a lot.”

Chu’s USA Épée Cadet Travel Team is comprised of fencers from around the country, most of whom she had never spoken to prior to her competitions, but she said she connected quickly with them.

“Even though we have never talked before in the U.S., fencing together, especially knowing that we have the same goals and (are) representing the same country, just naturally brought us together,” Chu said.

Although her sport is time consuming, Chu said balancing school with competitions was not difficult for her.

“I feel that Paly is very encouraging for student athletes, and the attendance policies were lenient as well,” Chu said. “When I felt stressed out because of time management for competitions, I would talk to my teachers to work things out. Usually, they are very understanding.”

While Chu said initially she felt disappointed after a poor result. However, as she got better and more involved in fencing, she became more motivated.

“Now, I would not only think of fencing as a sport, but as a way of thinking,” Chu said. “Almost like playing chess because you want to out-do your opponent by thinking one step ahead.”

Versavel said the main difference between competing in the U.S. versus in Europe is that European sailors are smarter whereas American sailors are faster.

“It’s just the vibe of competing against a different selection of people who have different talents and different skills,” Versavel said.

Versavel, a current member of the U.S. Sailing Team, said she qualified through having connections with coaches and getting good sailing results in competition.

“Being on the national team means you get invites to all the Olympic development camps,” Versavel said. “The coaches will call you and check-in and make sure you’re (attending) events.”

Similarly to Chu, Versavel said a fond memory of competing internationally is meeting people from other countries.

“We made friends with the kids from Singapore at Open Worlds and heard how their school and their training (is) different,” Versavel said. “Definitely just making international friends is really fun.”

Versavel said managing school and sailing was not too difficult since her teachers were understanding.

“I talked to my teachers pretty early and most of them were fine with me leaving,” Versavel  said.

“I was able to get a lot of (work) done before I left. I was behind for maybe two weeks after, but then I caught up.”

In the summer, Versavel said she plans to attend Nacra 15 Open Worlds in the Netherlands and Youth Worlds in the winter, which is in Brazil.

Like Chu and Versavel, who compete internationally for fencing and sailing, respectively, sophomore Noah Adesnik has played soccer while representing the U.S. in Spain and Mexico.

Adesnik said European teams and American teams differ in the way they play.

“Internationally, they have different ways of passing and dribbling,” Adesnik said. “You get to play with teams that play really different from here. It just helps the whole team because you get to adapt to the competition.”

Compared to his club team, Adesnik said he felt his connection with his international team was lacking.

“We didn’t work as well together because (we) all met each other a month before we went to the tournament,” Adesnik said.

Japić said, in the beginning, a barrier between her and the Bosnian soccer team was language.

She attends school in the U.S. but travels to Europe to compete with the Bosnian team.

“There was a lot more strategy behind each game, and that was hard to get without knowing the language,” Japić said. “It was definitely a learning experience being in an uncomfortable environment and having to face that challenge and manage it with everything else that was going on like the pressure of the tournament.”

Although Japić has traveled throughout Europe, she said her favorite memory was from Bosnia, where her team played against Sweden and Belgium’s national teams and qualified for the next round in the Union of  European Football Associations.

“(It) was definitely like a big moment for me and being able to go on to the next round is definitely a highlight of my career,” Japić said.

Japić said she felt stressed going into the competition, as she had never played Sweden and Belgium, which had really high-level teams.

“Looking back, I wish I was a little more calm and confident (in) myself because I’ve practiced and played for so long I know what I’m doing,” Japić said.

Being able to represent Bosnia is a special opportunity for Japić, who said not many people know she’s Bosnian.

“When I finally had the opportunity to play for them, I thought it was a really good way to bring out that side of myself because I say I’m American,” Japić said. “I don’t identify myself as Bosnian much at all.”