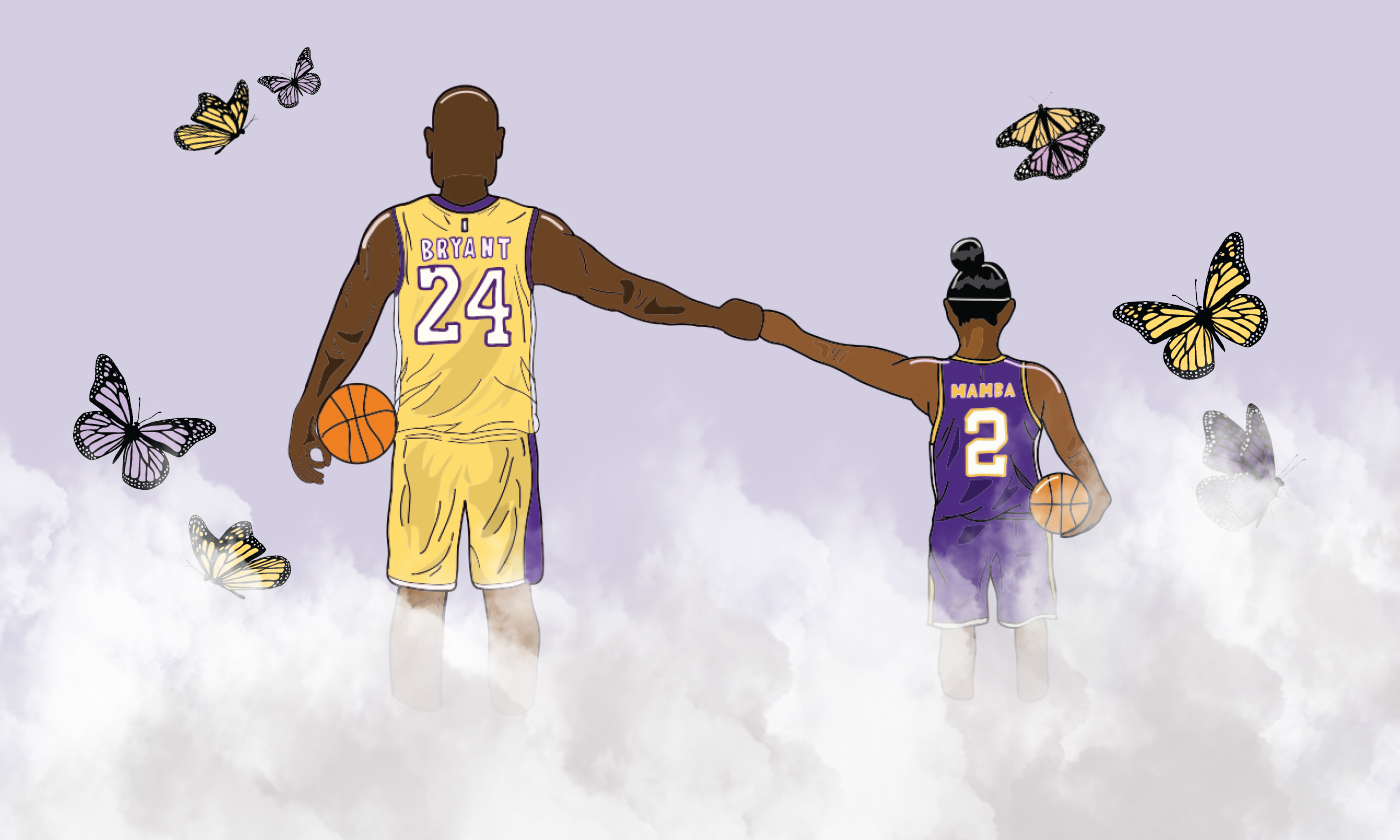 When asked which film he preferred, “Beauty and the Beast” or “Moana,” renowned professional basketball player Kobe Bryant broke out singing the Moana theme song “How Far I’ll Go” while speaking to then 13-year-old aspiring sports journalist and sophomore Max Bonnstetter. With an invitation to interview Bryant on the Tonight Show in 2017, Bonnstetter encountered the live brilliance and kindness of the 20-year Los Angeles Lakers shooting guard for the first time.

Bryant died on Jan. 24 in a helicopter crash alongside with his 13-year-old daughter Gianna and seven others in Calabasas, Calif. Although his direct influence is now in the past, his legacy and teachings will live on and continue to inspire fans around the world, according to Bonnstetter.

In his Tonight Show appearance with Bryant, Bonnstetter said he had a dressing room adjacent to Bryant’s and met him during rehearsals before the show. Bonnstetter was invited to interview Bryant after his NCAA tournament interview with South Carolina coach Frank Martin went viral.

“He was with his wife Vanessa and his three daughters at that time,” Bonnstetter said. “He was so friendly to me and my family, easy to talk to, brilliant and funny. It was obvious that he was so much more than one of the greatest basketball players of all time.”

This unforgettable experience for Bonnstetter is one that developed from his passion for basketball and a childhood admiration of Bryant. Their first interaction sparked a meaningful friendship with the player, Bonnstetter said.

“Kobe’s mentality, work ethic, devotion and commitment are what made him such a great player,” Bonnstetter said. “Off the court, Kobe was so smart, caring, kind and humble. He believed in hard work, achieving the impossible and inspiring others to be the best versions of themselves.”

Girls varsity basketball player and junior Annika Shah said she had been following Bryant’s career for as long as she can remember.

“When we were younger, he was pretty much the best player in the league which forced many of us to watch him play because (we) were always guaranteed an exciting game from his performance,” Shah said.

Bryant not only inspired players to have grit on the court and pursue their dreams in the athletic world, but was also an advocate for female empowerment and entrepreneurship, with firsthand experience as a father of four daughters, Shah said.

“He would take Gianna to many college and professional women’s basketball games, as Gianna followed her dad in the basketball pathway,” Shah said.

Shah said she shares a similar relationship with her father in that he supports her and they enjoy watching women’s sports together.

“I am able to experience the same bond that Kobe and Gianna had (with my father), and it’s very special,” Shah said.

Fans appreciated Bryant’s devotion to his family and his efforts in maintaining a modest attitude in the spotlight, according to Bonnstetter.

“Kobe is one of the most genuine and giving people that I’ve ever met,” Bonnstetter said. “He was so humble, so down to earth, so kind and so caring. He was a totally devoted dad, whose family came first and meant everything to him. He loved his family.”

After tearing her ACL and meniscus a couple months ago, Shah struggled with regaining her physical and mental strength to push herself through the recovery process, similar to Bryant’s achilles injury in 2013.

“Sometimes injuries can stop you from moving forward,” Shah said. “But knowing that Kobe recovered and came back strong from his achilles injury assured me that I can come back even stronger, just like Kobe did.”

Shah said she vividly remembers watching the game where Bryant tore his achilles but continued to fight for his team, stumbling off the court.

“I remember him hobbling out to the free throw line because he wanted to shoot his free throws after being fouled,” Shah said. “His fierceness and toughness he showed in every game, but this one especially inspired me to play every game like it’s my last and to never show weakness on the court.”

Five years after his achilles injury and two years past his retirement from the Lakers, Bryant published his autobiography “The Mamba Mentality” in October 2018. In it, he explains his philosophy surrounding the game of basketball and his principles for everyday life.

“He showed a lot of people that every little obstacle that comes in your way shouldn’t pull you down, but instead push you to work harder,” Shah said.

Through several more interviews and private interactions spent with Bryant, Bonnstetter said he also gained wisdom from him as a player and family man.

“Kobe encouraged me to follow my dreams,” Bonnstetter said. “He always told me to take risks and when in doubt, to go for it. He was such an inspiration to me — I was fortunate to have known him.”

Bryant’s statistics throughout his 20 years in the NBA and his perseverance make him stand out as a national hero, varsity basketball player and senior Will DeAndre said. Along with his inimitable athletic ability, Bryant is also remembered for his game intellect.

“He was a role model in his work ethic,” senior and avid fan Teddy Butler said. “He not only worked on his game physically, but he played the game mentally, too. By taking advantage of rules or reading his opponents and guessing their next move, the game became easy for him.”

Bonnstetter also said Bryant’s impact off the court is what made him so special.

“He single-handedly changed the game of basketball,” Bonnstetter said. “His goal in retirement was to create entertainment that brought education and inspiration together and he was a role model for kids all over the world, especially me.”

As fans from across the world mourn the death of Bryant, Shah said she hopes to preserve and honor his life through stories and lessons.

“I hope his legacy lives on by people seeing him as one of the best players to play the sport of basketball,” Shah said. “A loving husband who made mistakes but fought to regain his relationship, a father of four beautiful daughters, a strong supporter of women’s sports, an idol to many young basketball players and, most importantly, a girl dad.”