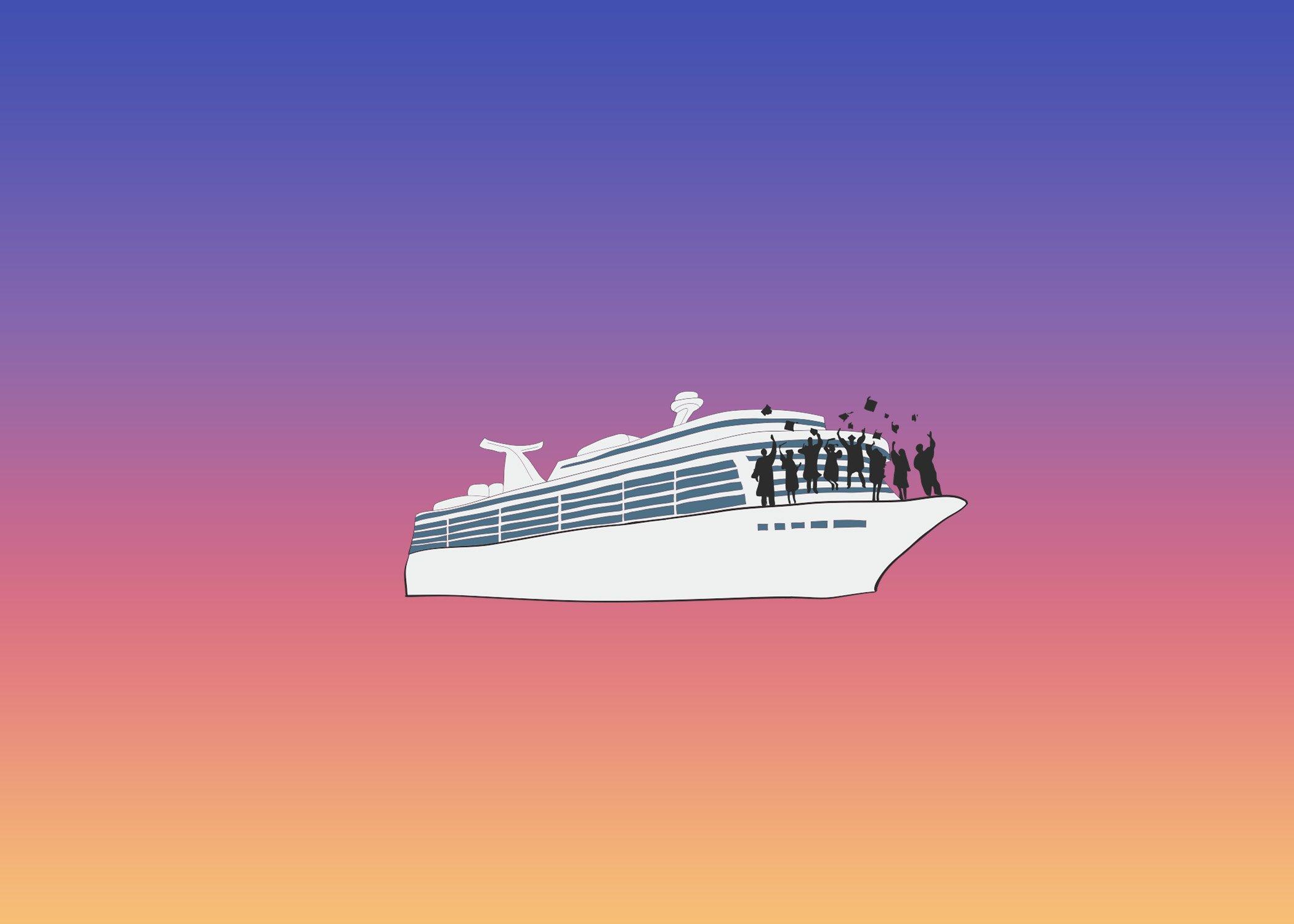 What’s next for the editors-in-chief?

Holding the Editor-in-Chief position of the renowned high school newspaper The Campakanillé is an experience not many people understand. This year, the ragtag group of five who made up the editors, or Theeds as we like to call them, had their fair share of ups and downs as well as a few lefts and rights.

After an (almost) full year of dealing with the staff’s shenanigans, let’s take a look at what happened once the Brady Bunch escaped the incessant wrath of Chez MAC-103.

To begin, let’s examine the fruitful life Annie Chen has led. After a virtual graduation, Chen decided her path to fame should begin early, so she dropped out of Wharton to realize her dream of stunt-doubling for actress Lana Condor in the third installment of “To All the Boys I’ve Loved Before” but failed miserably. The producers rejected Chen because she had too much potential and instead suggested she become TikTok famous to fulfill her passion of entertaining others.

“They wanted me to take my hair out of my ponytail, but I wouldn’t do it,” Chen said.

Currently, she is taking a break while icing a spinal injury from “throwing it back” too hard for her fans.

After memorizing the history of every piece of art on Earth, the biggest jokester of the group, Lucy Nemerov, concluded her life needed a stark change. She dyed her hair bright purple, packed her bags and moved to Italy to find a place to indulge in as much gnocchi as possible.

Nemerov’s gnocchi consumption snowballed into an increasingly laissez-faire lifestyle, and she became a hand model for her extremely soft palms.

“I decided to put my genetics to use,” Nemerov said. “My secret is shea butter.”

While Nemerov was at a hand shoot, a photographer from Cosmopolitan approached her and said she had the ‘perfect face for live television,’ and introduced her to his marketing team. Soon after, Nemerov landed a gig on Ellen then started her very own sitcom where she mimics foreigner’s accents and tries to speak Spanish with little kids on air.

After graduating from NYU with a PhD, Miranda Li felt disconnected from her roots, so she returned to Silicon Valley and opened up her own boba parlor “Boba Ti by Li.” Li was so generous to her employees that she paid them twice the minimum wage. She also decorated the entire store with indoor plants but watered them so much that the floors began to flood.

“I just wanted everyone to be happy,” Li said. “And the plants, they looked thirsty!”

At some point, Li’s business went bankrupt, so she went abroad and wrote a memoir about it. Li now lives off the copious proceeds of her international book tour — as well as her business’s flood insurance payout — writing new short stories infrequently from the spider-style position she assumes in her conventional office chair.

Not too far away, we find Frida Rivera galavanting across Europe in her hand-crafted outfits and biodegradable sandals. Because her food Instagram account took off at age 19 and put her on the top of everyone’s charts, Rivera quit her studies and began traveling the world to critique frittatas. She is a food critic by day, mad-man seamstress by night.

“I couldn’t decide between my two career options, so I will pursue them both,” Rivera said.

During a stressful week of embroidering, she reverted back to her carnivorous ways and is now awfully content with her choice.

Last but not least, during her time in New York, Jaures Yip landed an entry-level job at The New York Times and eventually became a column editor in 2025. Yip spends most of her days strolling through Central Park, perching herself on a rock with a loaf of bakery-fresh rye for the ducklings, waiting patiently for a story to unfold.

One day, a small child began singing Yip’s favorite 2000s song but incorrectly recited the chorus. In fury, Yip yelled at the child to leave the pond and learn the lyrics to the song or else she would publicly shame him for being so uncultured and rude.

“I was whispering, I swear,” Yip said. “The kids, they just never learn.”

She finally found a story when a few parents in the park ushered their children away from where she sat and called park security.

Clearly, Theeds20 carried with them their Theed-like expertise after leaving high school, and we are ever so proud of their accomplishments in the newspaper world and beyond. Check back in 10 years for updates on this story.