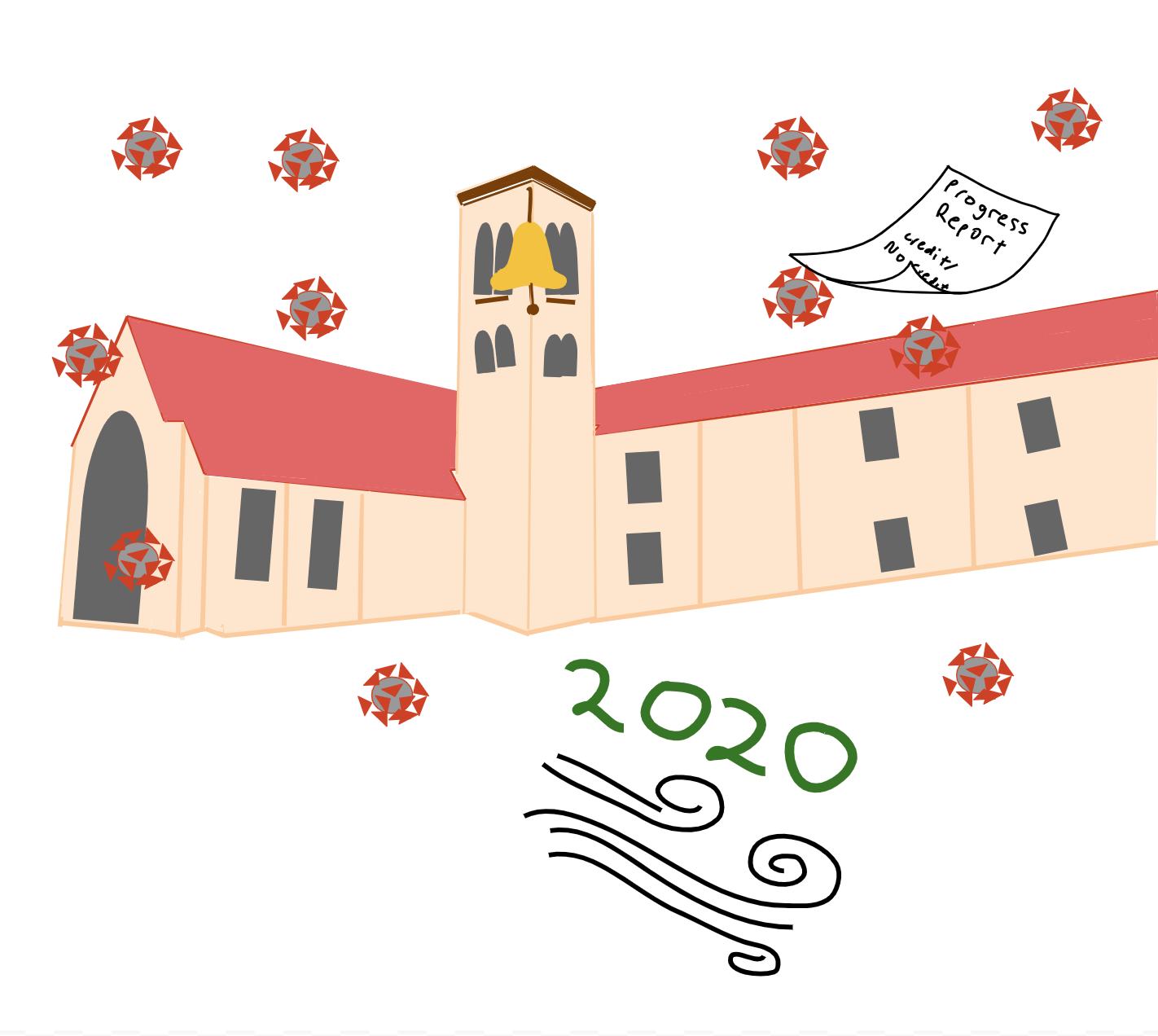 Column: Why school being canceled is actually the best

As students recover from incompetently administered Advanced Placement exams and face a never-ending stream of Schoology messages, they continue feeling the effects of the deadly and novel coronavirus from home. The pandemic has caused a community uproar, canceling beloved events such as Prom, alongside less beloved events like school plays, InFocus and, well, school. While school being canceled has led to unfortunate circumstances, there are some reasons why the cancelation of school is a positive.

For months, the class of 2020 has complained about its senior plans being scuttled. Their anger is certainly justified. In a timespan of a few weeks, this year’s senior class lost traditional events like graduation, Ditch Day and Baccalaureate (twice).

In fact, who is to say seniors losing their much-anticipated events isn’t some warped form of karmic justice? In the past four years, the class of 2020 has shattered boundaries. They’ve thrown water balloons during Spirit Week, frozen eggs, christened themselves with laughable gang names and embarrassed themselves at sports games and rallies.

And those are just the things that the class of 2020 members can take credit for. During the current seniors’ time at Paly, we’ve had a handful of principals resign, a student activities director abdicate his position, multiple First Amendment scandals, a bell schedule kerfuffle, multiple Spirit Week fiascos, a hazardous air controversy and the current COVID debacle.

I’m not saying that correlation is causation (Mr. Nguyen would yell at me if I did), but the last four years have been an eventful time in Paly’s history.

While the senior class is filled with a wide variety of individuals, all of whom will be honored, and while my fellow students and I will obviously miss them, when faced with the prospect of never going to school with them again, we can’t help but say “good riddance.”

This time of the year is generally marked by students preparing for finals and AP exams, leading to unintentional sleepovers in the library, skyrocketing levels of coffee consumption and students anxiously checking RogerHub.

This year? Nope. With Supt. Don Austin using his emergency powers to transition all Palo Alto Unified School District secondary schools to pass/fail grading, stress schoolwide has dropped and Palo Alto City libraries have closed for the time being.

Credit/No Credit classes have substantially decreased school-related stress for students. Without the pressure of grades, the toxic environment at Paly has fallen victim to climate change and nearly disappeared.

And Credit/No Credit classes allow students to not study every minute of their lives and leave them with free time to pursue other, more worthwhile activities such as getting a healthy amount of sleep and having fun on school days.

While the transition to Ridiculous Over-the-top Learning Experiences is filled with negatives, such as teachers exceeding their given mandate to assign three hours of work per week, Credit/No Credit grading stands out as a highlight in an otherwise bleak time.

At the end of the day, the best part about school being canceled, and the reason it was canceled in the first place, is safety.

As our parents have been telling us, we are living in unprecedented times.

As our teachers have been telling us, we are living in unprecedented times.

As the media has been telling us, we are living in unprecedented times.

As the President Dr. Fauci has been telling us, we are living in unprecedented times.

As PAUSD refused to tell us for days, we are living in unprecedented times.

Wow. You would think they’d have come up with a different adjective by now.

The cancelation of school has been instrumental in slowing the local spread of the novel coronavirus as the global struggle for a vaccine continues. The best thing about school being closed is that it is saving lives.

While there are a myriad of other reasons that make school cancelation a positive, including more free time and not having to see your teachers, the thing that shines through is that PAUSD students have stayed safe and have been able to continue their education in some capacity through well-meaning but ultimately ineffective and pointless ROLEs.