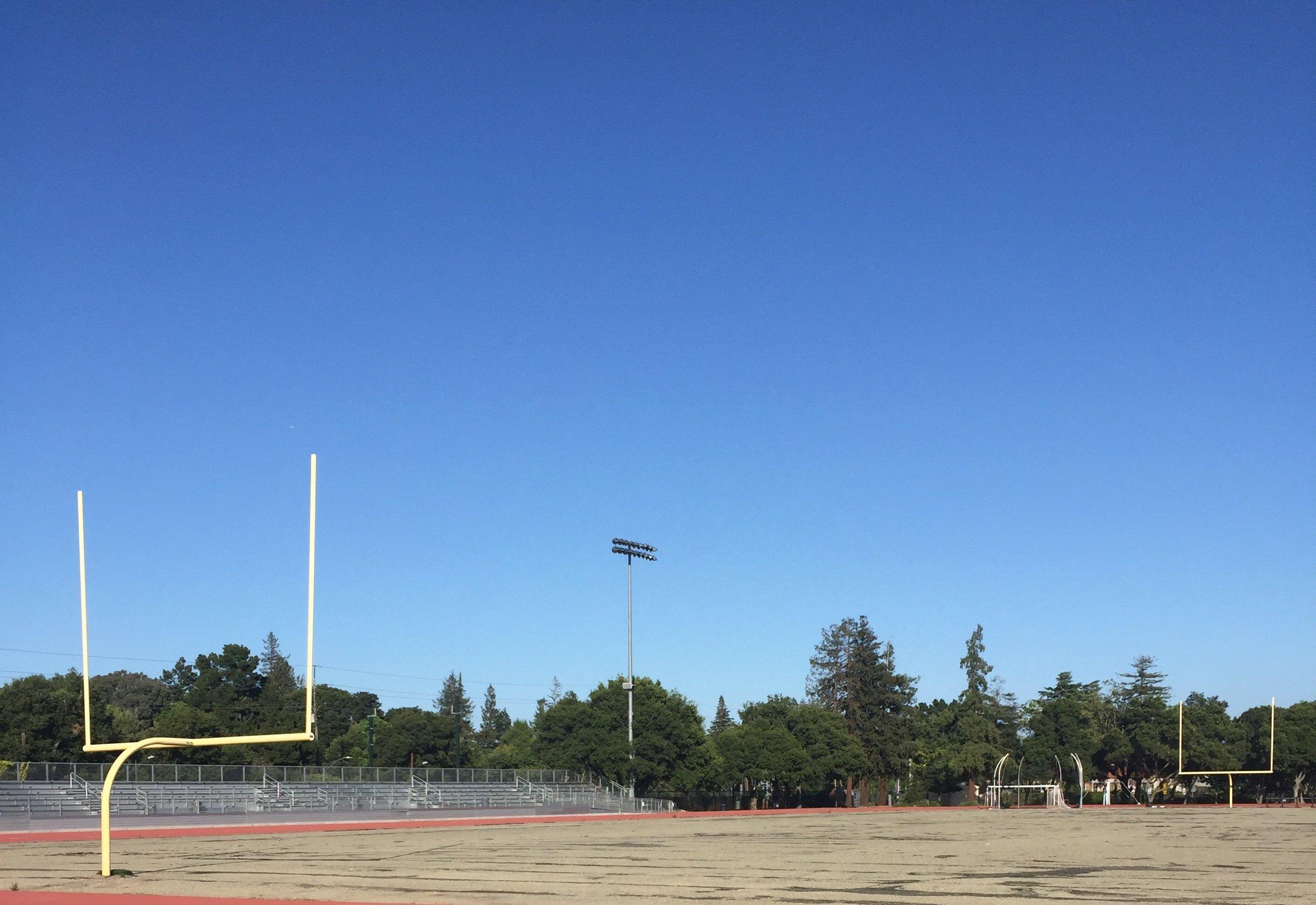 Paly baseball player Dominic De Feo had been preparing for the season for months, but as a result of the lockdown, his school season was cancelled, and his club season is on shaky ground.

With the end of lockdown presumably on the horizon, Paly athletes can hardly wait to see if and when their sports seasons will take place.

Some, like sophomore baseball catcher Dominic De Feo, will most likely have a chance to play sports again this season.

The Palo Alto Babe Ruth League, a baseball league for those ages 13 to 15, would normally run from May 16 to June 23. While the league cannot begin as usual, players and coaches say they remain hopeful that they can still play the full season by delaying the league’s starting date.

“I think the season will start in early July,” De Feo said. “Hopefully by then, the virus will be contained enough to allow us to play.”

Ron Fried, a team manager and a representative on the PABR league board, said he hopes to reopen the league either in June or July.

“Our plan right now is to try to reopen the beginning or middle of June, to have a couple of weeks of practices, with the season starting in the beginning of July and running into August,” Fried said.

But according to Fried, the league’s timeline remains dependent on county and state instructions.

“We’re waiting for all these different groups to say it’s safe to go out,” Fried said. “The very last phase of the release is to say that team sports are OK, and then we can go out and play.”

According to ABC news, non-spectator sports will begin in stage three of California Governor Gavin Newsom’s plan to reopen the state. California is currently in stage two, and Newsom says that stage three will likely begin in June.

In a normal year, youth baseball running into August would be unheard of. However, Fried said he thinks participation this year will be high no matter when the league starts.

“This is a unique year. Since everyone has basically canceled their summer vacation plans, they’re waiting around for something to do,” Fried said.

While players in the PABR league may get a chance to play this year, the same cannot be said for athletes in other sports.

Senior Kaitlin Meyer, a member of the Stanford Soccer Club 18U team, will most likely not get the chance to play this spring.

Meyer said the season would normally run from mid-March to early June, making it virtually impossible to start playing again after the lockdown.

“Even if the season were to resume right now, the majority of the season would have already passed,” Meyer said.

According to Meyer, sports cancellations have been especially heartbreaking for her because this is her last year with the team before she goes to college.

“It’s a letdown, because I’ve been with this team for so long, and now we can’t have a last season together,” Meyer said.

Many athletes will not get the chance to compete this season, and many others will do so under less-than-ideal circumstances. However, all these athletes share the same desire for a chance to play.

“I didn’t get a chance to play a full high school season because of the lockdown,” De Feo said. “Babe Ruth League would be an opportunity to play baseball again, which I would love.”