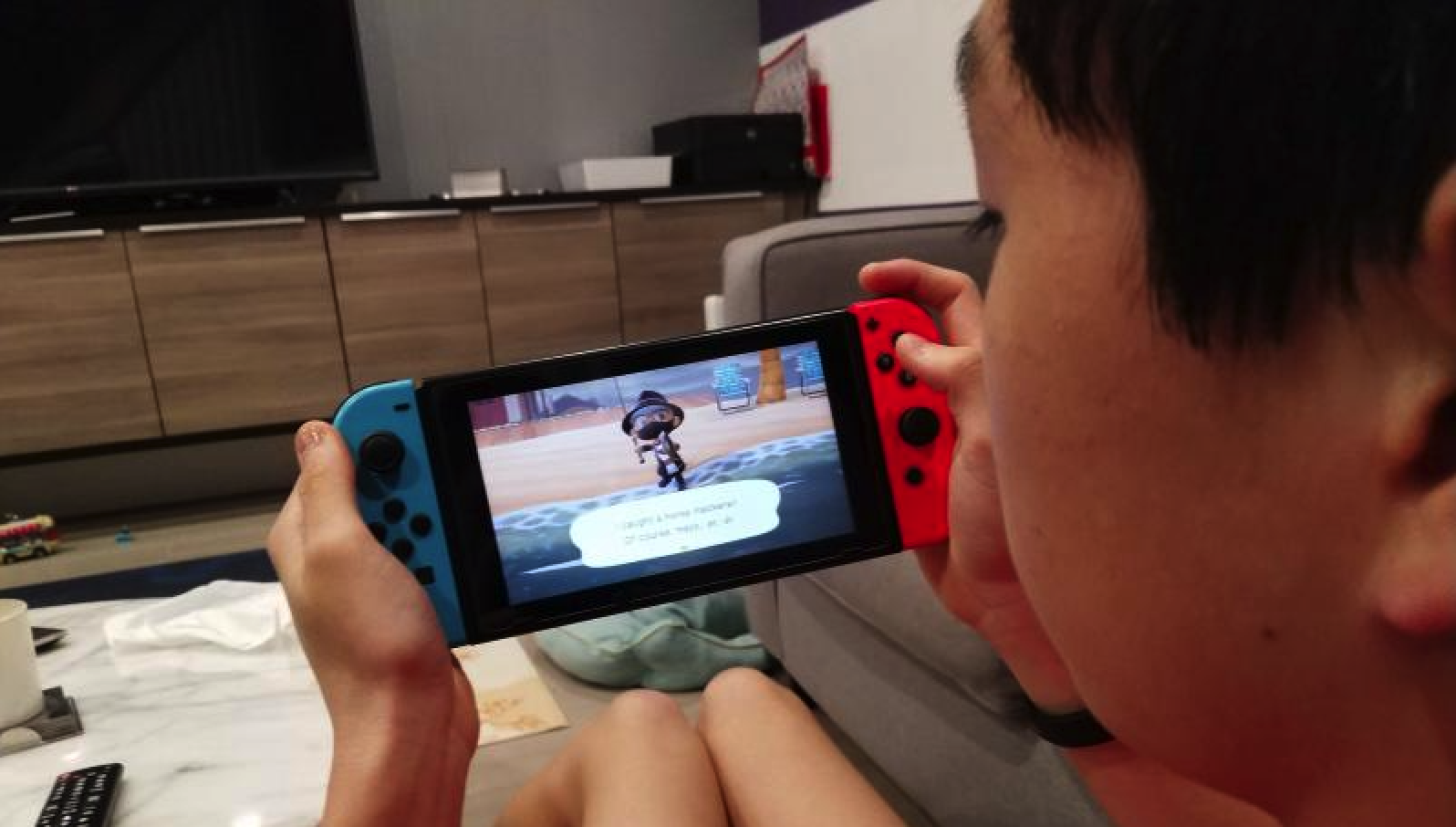 Sophomore Tyler Wang has escaped from the physical and mental constraints of the shelter-in place order, and has flown to a far-away island with his basic necessities. He lands and walks out of the island airport, immediately knowing that he is on his favorite island: one that specializes in fish and where more expensive fish can spawn.

“I spent 30 minutes trying to catch rarer fish to get the most money out of the island as I could,” Wang said. “Towards the point that I was going to finish up and head home, I had caught a blue marlin and a tuna, which are some of the rarest fish you could catch that month, meaning I could get a much better profit just by finding those two fish.”

In reality, though, Wang isn’t really on an island and he hasn’t become an expert fisherman. He has, however, been playing Nintendo’s Animal Crossing New Horizons to occupy his time during the school shut down caused by COVID-19.

With the current shelter-in-place order, many Paly students’ gaming habits are changing.

“Before the quarantine, I had only played it every so often, since I had been more preoccupied with school and athletics or other games,” Wang said. “Since the quarantine, I have been playing more Animal Crossing and other types of games because of the increase in free time.”

Sophomore Clea Kuo plays New Horizons to keep in touch with her friends and to strengthen her relationship with her sister.

“After the shelter in place and the cancelation of school, my schedule was more flexible and I was assigned less schoolwork, meaning that I could afford to dedicate lots of time to Animal Crossing,” Kuo said.

According to SuperData Research, Nintendo has sold more than five million digital units in the first month of New Horizons’ release, which approximately matches the first-month digital sales of Super Smash Bros Ultimate and Pokémon Sword and Shield, two of Nintendo’s most popular games, combined. Many people see New Horizons as a unique virtual world to escape to, where fantasy and creativity come into play in designing and expanding the village.

“The game’s graphics have definitely gotten much better over the times, and also I think that New Horizons is a very unique game among the Animal Crossing series because of islands,” Wang said.

Being a seasoned Animal Crossing player, Wang said he has played Wild World, a previous installment of the series, since seventh grade.

Wang says the basic mechanics of the game, including crafting and increased character customization, are new features of the latest release.

Other New Horizons users like sophomore Crystal Xin say they enjoy the mechanics of the game such as terraforming, a tool that can alter the terrain of their island and customize their furniture. Terraforming allows users to paint paths for their villagers to walk on and to break down cliffs to create waterfalls, making every Animal Crossing user’s island look more distinctive and less like a deserted island.

Xin said she enjoys watering and planting flowers on her island to make it look pretty. Terraforming is one of her favorite features, though.

Customization is a secondary method of decorating islands that has a much more peaceful and relaxing experience.

In addition, due to the popularity of New Horizons, those who do not want to pay $300 for the Nintendo Switch, the platform New Horizons is played on, are playing more Pocket Camp, a mobile Animal Crossing game.

With the Nintendo Switch nearly sold out everywhere, people are finding it nearly impossible to purchase one. Many students continue to see the free time quarantine has opened up as a way to relieve academic pressure and to stay connected to the community.

“It’s a great stress reliever to come back to after I’ve finished all my assignments,” Kuo said. “I’ve been playing more games since the shelter in place because they’re a good way to escape some of the stress in the media while connecting with my friends online.”