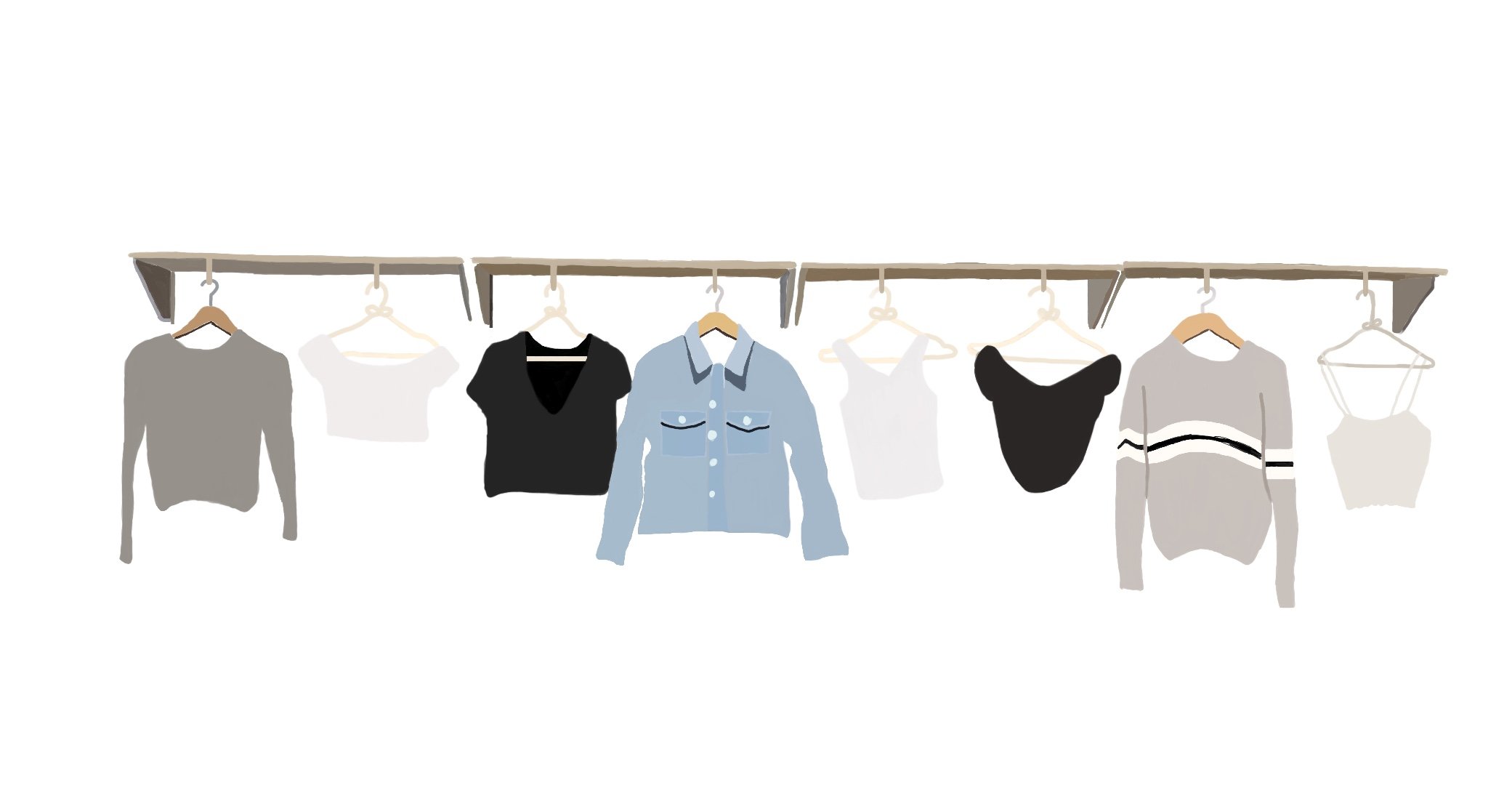 As junior Kirtana Romfh flips through the tank tops at Brandy Melville she can’t help but sense the occasional glare of other customers and workers at the back of her head. Suddenly uncomfortable, she quickly walks out of the store empty-handed, wondering if it was all in her head.

“Just every once in a while I walk in the store and feel like the black sheep, you know, the odd one out,” Romfh said.

With Black Lives Matter and other social justice movements gaining steam, Brandy Melville has recently been under fire from advocates for social justice.

Brandy Melville, an Italian fashion brand started by Silvio Marsan in 1970, was introduced to the U.S. in 2009. Brandy Melville uses a nontraditional, social media-driven advertising campaign. It gained popularity in 2014, claiming the number one rank in up-trending brands, and still to this day remains popular among young adults.

However, some customers are critical of Brandy Melville’s one-size-fits-all policy and a lack of diversity in its models, who are often tall, Caucasian, and size two or below.

“I don’t think that it is a brand I want to support because I don’t see representation for everyone, only a certain type of person,” Romfh said. “I just feel like it makes other people, and myself, feel kind of excluded.”

According to Romfh, this exclusivity has created an environment where there is only one beauty standard.

Its policies, though, have been constant since its beginning, and junior Diana Narancic said shopping there is still worthwhile.

“I like Brandy Melville. Their clothes are cute and trendy,” Narancic said. “But I also know that they do have some messages that can be considered bad, for example, the one-size-fits-all when in reality they don’t fit everybody.”

“I don’t shop there anymore because I don’t think that their newest clothes are the cutest,” Mcintosh said. “With regards to the sizing, obviously it’s up to Brandy to decide whether or not they want to change it, but I personally think that they should make more sizes.”

Brandy Melville representatives did not return multiple phone calls and an email seeking comment on this story.

For Romfh, the lack of diversity and underrepresentation of multiple body types adds fuel to the controversy surrounding the company and creates potential consequences for its business.

“I think the way that they advertise their clothes might cause other people who don’t fit their clothes or look like their models to feel like they aren’t beautiful when they still are,” Romfh said. “I think it might also cause self-image issues or body dysmorphia, but I can’t really speak for others.”

But students like junior Ella Kim say, Brandy Melville, although in need of reformation, is just a place that sells trendy clothing.

Kim said, “The exclusivity and lack of diversity in Brandy Melville might make some feel like there is only one beauty standard, but in reality, who has the authority to say who and what is beautiful?”