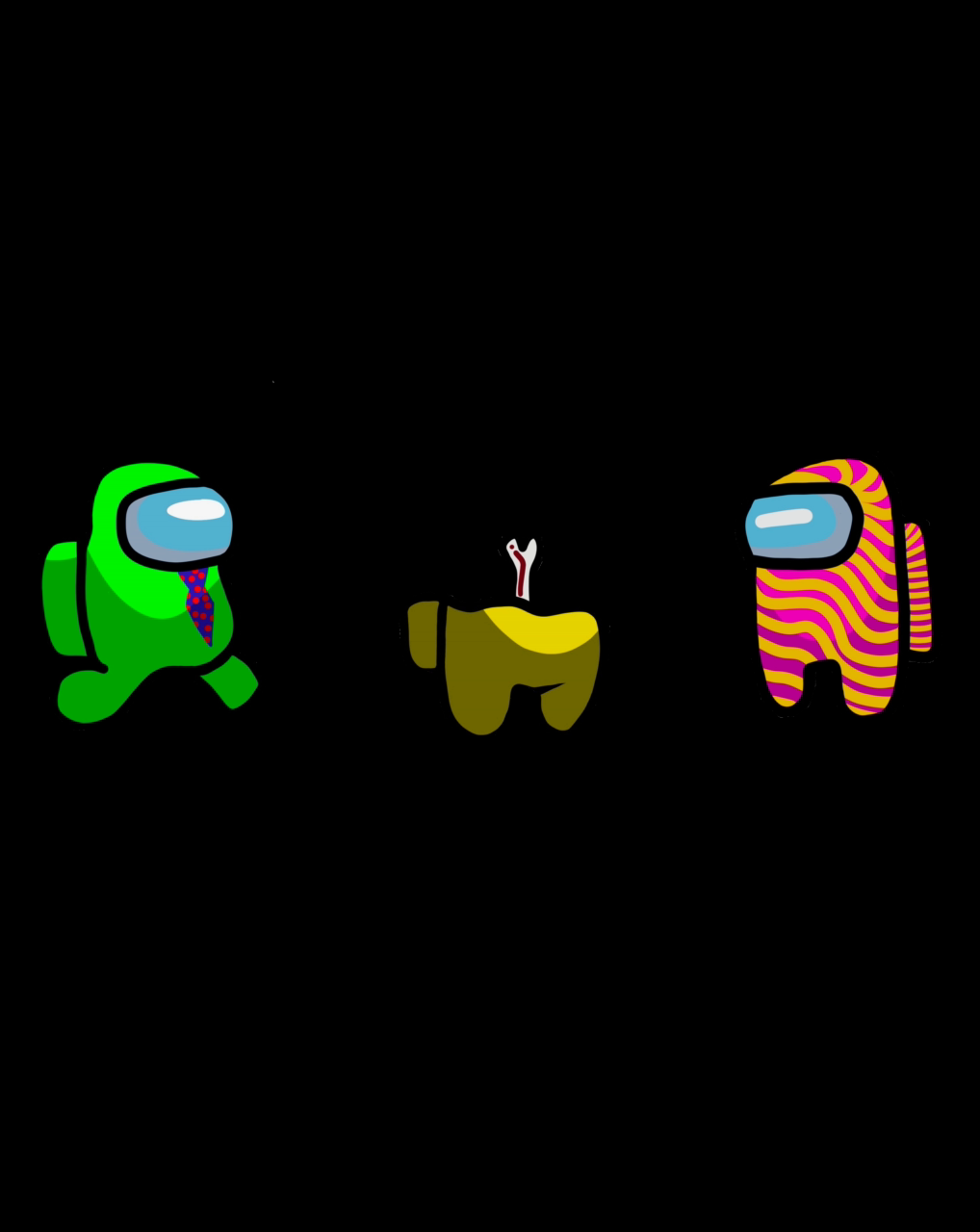 Among Us takes off

After a period of chaotic shouting in an effort to convince his friends of his innocence via Zoom, junior James Churchley slouches back in his seat by his bed and sulks over his failure as his Among Us screen reads “James was ejected … James was an impostor. 1 impostor remains.”

Among Us, released by Washington-based gaming company InnerSloth in June 2018, is a social deduction video game with a ruleset comparable to the in-person game Mafia. It consists of player classifications: crewmate and impostor. The crewmates prepare a spaceship for takeoff by completing different outlined tasks, while the unknown impostors kill the crewmates without being caught and before all the tasks are completed in order to win.

Senior Jenna Tetzlaff said the game’s recent surge in popularity, as shown by its ubiquitous presence on social media platforms such as TikTok and Instagram, can be attributed to its convenience and the fact that it’s free on mobile devices.

“A lot of games you can’t play with your friends,” Tetzlaff said. “Since this is a game that you can just download on your phone instead of a PC game or a PS4 game, I think it’s really accessible, and it’s really creative.

Spanish teacher Trevor Crowell said he knows of several influencers who started playing the game on Twitch, a live-streaming service, which may have sparked the game’s popularity.

“I think Twitch streamers (played) a big role in it because I read something that the developers invited them to play around with the makers of the game, and they enjoyed it,” Crowell said. “Then all the people who watched those streamers wanted to try it.”

However, sophomore Justin Gu said the game’s surge in popularity is because of the game’s content.

“It’s the aspects of the game (that make it popular) because I didn’t know any influencers playing it until after I started playing and watching stuff on YouTube,” Gu said. “The game is so suspenseful, and it’s one of those games that actually allows for interaction, and now that everyone’s at home, I think like everyone’s looking for that.”

“You get to lie a lot if you’re the imposter, and you have to find out if other people are lying so it’s social in that aspect as well and that’s probably why people like it so much,” he said. “There’s a lot of strategy because you have to pay attention to a lot of things at once and remember things so that you can know who the imposter is.”

In the game, users can report dead bodies, leading to a deliberation period where players attempt to deduce who the impostor is based on user activity and the location of the dead body. Tetzlaff said she uses this feature as one of her main tactics when attempting to get away with being the impostor.

“One strategy I use is if I kill someone in front of another player, I report it, and then I blame it on the person who was there who watched me kill them, because no one’s going to know if it’s me or them, and usually it works,” Tetzlaff said.

But Gu said he tries to take advantage of the cooldown time between kills when he’s the imposter.

“I like tagging along with the other imposter and looking for double kills because nobody really travels in packs of three,” Gu said.

He said this enables him and the other impostor to get away from killing a crewmate without being caught because, without a third person in sight, there is no one nearby to report the dead body.

The game concludes with an impostor victory if the number of impostors is equal to the number of crewmates, while the crewmates win if they can identify and eliminate all impostors or finish their tasks before the impostors reach their goal.

Churchley said there is a feeling of gratification when he wins the game, regardless of whether he’s a crewmate or an impostor.

“As a crewmate, you’re kind of like a detective because you don’t know who the impostor is and you have to pay attention to a lot of things at once and remember things so that you can know who the imposter is,” Churchley said. “When you’re the imposter, you feel smart when you win because (you get to fool people).”

But Crowell said he enjoys the process of figuring out who the impostor is.

“It’s kind of a logic puzzle — even when you’re not imposter, it’s fun to try to figure out: ‘If this person was over here and the crewmate was eaten over here, could he have had time to get over there and back?’” Crowell said. “It’s fun to try to puzzle things out individually and as a group.”

The process of discovering the impostor can become rowdy, with people yelling over each other to prove their innocence or accuse someone of being guilty. English teacher Hunter Reardon said he has noticed this rowdiness can be used as a way to figure out who the imposter is.

“Often, in my second-hand experience of listening to someone play this game, it’s simply the loudest and most persistent person who gets heard the most,” Reardon said in an email. “There is an expectation, though, that someone accused of being the impostor be allowed to speak, and the groups seem to adhere to that unwritten rule.”

Despite the constant arguing, Gu said he appreciates how the game allows him to interact more with others.

“It really allows me to connect my friends more because usually we’re in school, and we have stuff to talk about, but now that we’re at home, there’s not much interaction,” Gu said. “It’s really good for team bonding (because it) allows us to get to know other people through how they play and get to know their personality.”

Not only does this social aspect allow people to interact more often, but Reardon said it can help with rhetorical skills and ultimately school work.

“We can read short texts and practice the rhetorical analysis essay in AP Language until the cows come home, and yet neither of these skills students master in the course will necessarily translate to the spoken word unless we practice,” Reardon said. “And we do, sometimes, but not as often as I’d like to. Among Us is definitely a great way to try out some of the rhetorical strategies students are learning in any Paly courses that touch on (those) skills.”

In addition Crowell said Among Us is a game for all ages, as it is easy to learn. And Among Us, does not contain graphic content.

“A lot of my advisees are saying that they really enjoy playing this game, and I’ve got some older friends who also like playing it,” Crowell said. “I think it’s a game that you can pick up pretty easily regardless of your age.”

Crowell said those who haven’t played the game should give it a shot.

“I would say it has elevated my quarantine experience because it is a lot harder to get together with friends nowadays,” Crowell said. “Hopping on a Discord and playing a couple of rounds of Among Us is a great way to connect with friends during a time where it’s really tough to do that.”