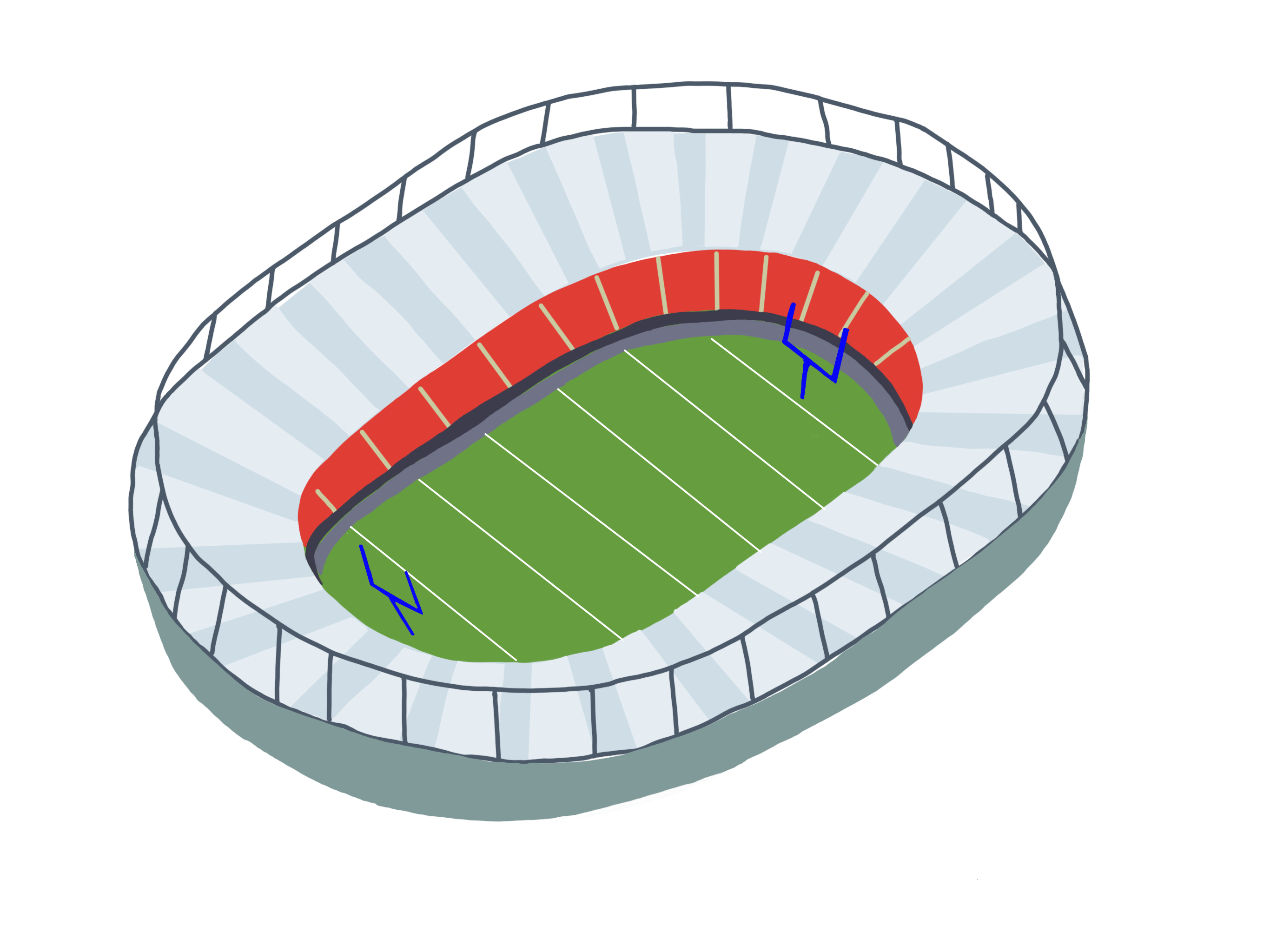 As junior Aidan Do watches his beloved San Francisco 49ers football team play on TV, the vast sea of empty red seats surrounding Levi’s Stadium’s football field hardly affects him. More than halfway through the NFL season, the lack of fan presence feels normal to Do and many other fans.

On Oct. 20, Gov. Gavin Newsom announced professional sports teams in Santa Clara, San Francisco and Alameda Counties could hold outdoor events at limited capacity because of their orange COVID-19 tier status. This status has since regressed to purple. Despite this reopening, the Santa Clara County Health Department said fans could not enter open-air stadiums.

“Watching sports in person is more exciting than on TV,” Do said. “Being at games makes me appreciate sports as a whole and its ability to bring so many people together.”

“It makes no sense whatsoever to have audiences at stadiums,” Santa Clara County Executive Jeff Smith said. “Putting an audience in a stadium in large groups is asking for trouble. It’s like a Petri dish.”

According to the Santa Clara County Health Department, due to the virus’s rapid accelerated transmission rate and contagiousness, it’s essential to maintain social distancing to ensure that the community’s safety isn’t compromised, and packing fans in a stadium may only increase the virus’s spread significantly.

Currently, the reigning National Football Conference champion 49ers’ empty stadiums have been met with mixed feelings from the Paly community.

Unlike Duong, Do empathizes with the county regulations.

“I understand the stance the county is taking,” Do said. “Preventing the increase in cases is important, especially for high-risk citizens. I live with both my little brother and grandma, and I definitely don’t want anything happening to them.”

Still, Do said adjusting to sports behind the screen has been a difficult transition.

“I miss waking up on game days, looking forward to going to the game,” Do said. “The atmosphere and culture in stadiums are unmatched. One of the things I miss most about attending games is watching my favorite teams win and connecting with others in the community.”

“I found myself checking online if there were colleges allowing partial attendance and if there were cheap flights,” Foug said. “I am finding myself increasingly frustrated and longing for a live football game.”

This year is providing members of the Paly community with an unusual fan experience. For Foug, this includes breaking traditions that have lasted decades.

“I realized a couple weeks ago that 2020 will be the first year I do not attend a live football game since the 1980s,” Foug said.

For Santa Clara County residents, waiting for the end of the pandemic looks to be the most probable solution in allowing fans back into Levi’s Stadium. In the meantime, 49ers fans must resort to their favorite players duke it out from home.

Do said, “As our community continues to persevere through the pandemic, watching sports through the screen isn’t too horrible considering the circumstances.”