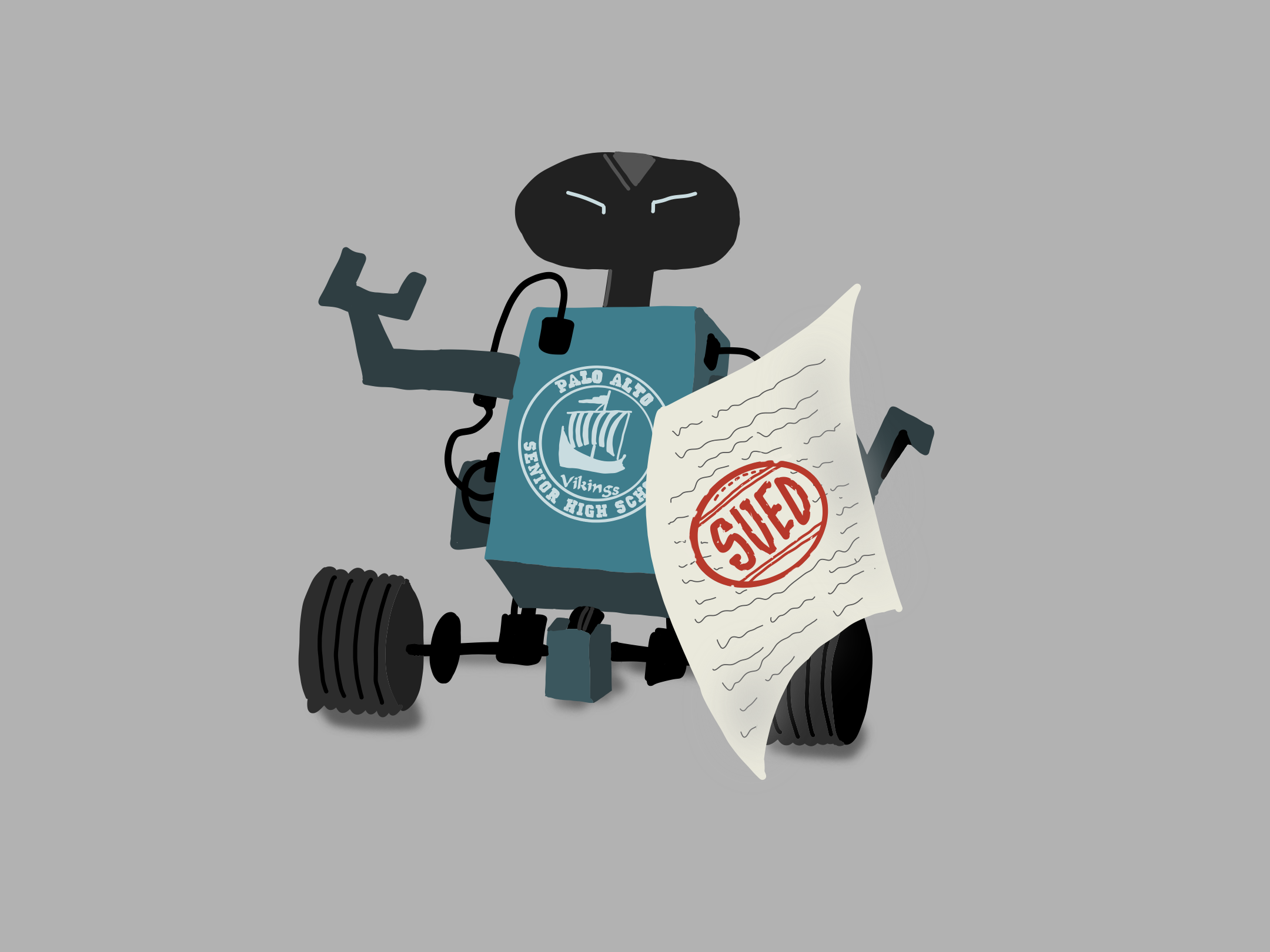 Former Paly Robotics coach and computer science instructor Kathleen Krier has filed a lawsuit against the school district alleging wrongful termination following her resignation in 2018. She is also pursuing legal action against a group of Paly parents, alleging incidents of bullying and homophobic behaviours. During the Nov. 10 Palo Alto Unified School District Board meeting, a closed session described the board’s settlement with a former employee, potentially Krier.

Krier resigned in Oct. 2018 after students submitted official complaints about her professionalism and response to laboratory safety culture. Team members, led by former co-captains Jennifer Xu and Bryan Yang, noted that Krier was often hostile toward students in a letter sent to school administrators in Aug. 2018.

“[She was] removing other students from the Java shop and locking the doors in on myself and Bryan Yang before promptly yelling at us and threatening to cut Bryan from the team,” Xu told The Campanile in 2018. “This was a clear example of intimidation towards us, and by locking the doors, she prevented eyewitnesses, but also violated the PAUSD Professional Standards for its staff.”

Krier joined the Paly faculty as a computer science teacher and the coach of the Robotics team at the beginning of the 2018-2019 school year.

According to court documents, Krier alleges Paly administration asked her to deal with safety problems and lack of diversity on the robotics team.

However, Krier said she experienced multiple instance of discrimination from parents and robotics team members when she tried to implement new protocols. She said she documented one instance where her pride flag was broken and put into the trash can. She also said her car windshield was broken after a discussion where Krier recommended several students for the robotics team that other team members didn’t want on the team.

Those students would have broadened the diversity of the robotics team, Krier said in her court filing.

Krier is asking for $450,000 in damages from the school district and $300,000 from the parents. Neither Krier nor her attorney responded to requests for comment. The district also did not respond to a request for comment.