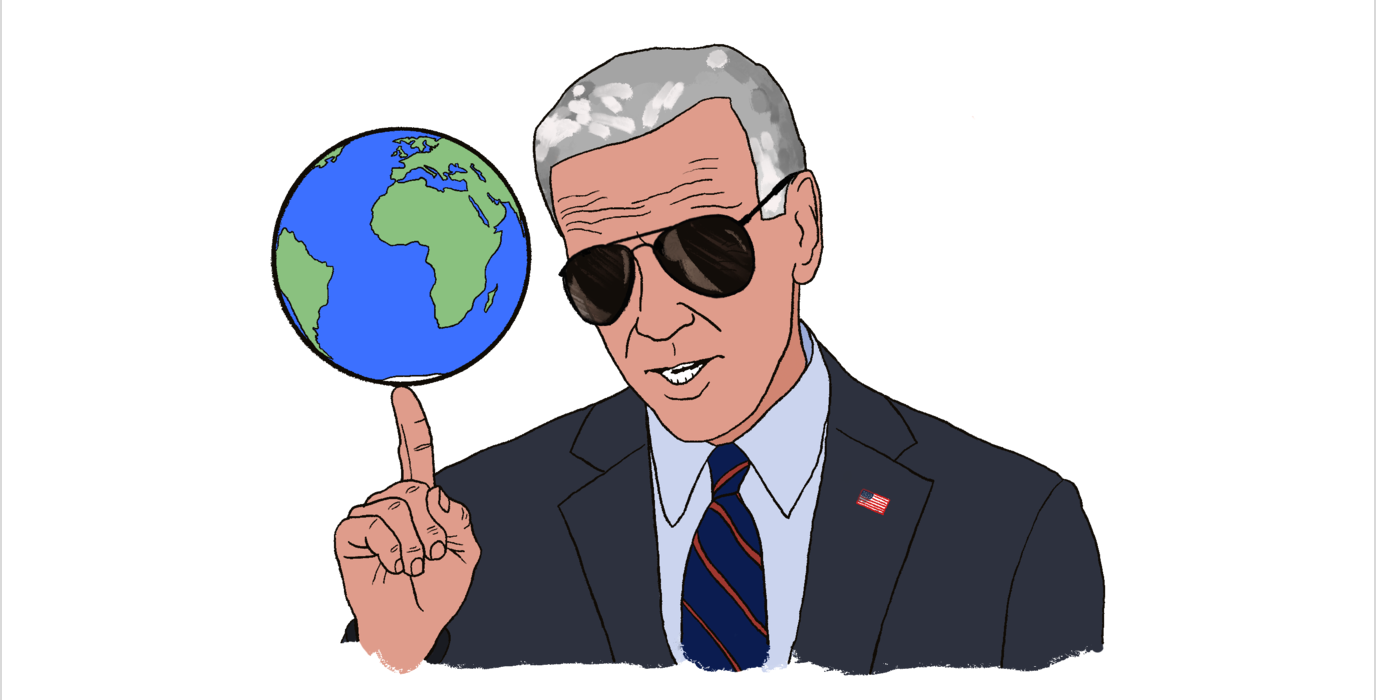 Renewing the fight against climate change

When news outlets called the 2020 presidential election for President-elect Joe Biden after a long week of vote tabulation, Stanford University Professor of Civil and Environmental Engineering Mark Jacobson breathed a sigh of relief. Jacobson said Biden is poised to stand behind the world of science to mitigate the environmental problems the nation faces, namely global warming and climate change.

“Biden’s election is definitely beneficial for science,” Jacobson said. “My life’s mission is to understand and solve these problems, so it is good that we now have a national leader who can be guided by science to speed up solutions.”

To achieve such a goal, Biden’s climate plan includes a $2 trillion investment in clean energy use and fossil fuel reduction in the transportation, electricity and infrastructure sectors. Biden said he plans to use this opportunity to create a burst of green jobs to achieve his goal of net-zero greenhouse gas emissions by 2050.

Deputy News Editor of Science Magazine David Malakoff, who specializes in the coverage of science policy, energy and the environment, said there are two ways to view Biden’s presidency and its effects on the U.S. science community — in terms of government funding for research and in terms of how the government employs scientific findings to create policy.

“In terms of federal funding for scientific research, President Donald Trump was never successful in persuading Congress to enact the deep cuts in research spending he proposed,” Malakoff said. “President-elect Biden, in contrast, is not likely to propose deep cuts to science funding, but he will face deep economic problems, caused by the pandemic, that could constrain big increases in research spending by the federal government. Republicans are likely to argue for efforts to reduce the national debt, which could lead to intense annual budget battles over how much to spend in different areas, such a defense and social welfare programs.”

Both Republicans and Democrats in Congress are likely to continue to support science research funding, Malakoff said. Biden could request significant increases in climate change research and alternative energy. Ultimately, it will be up to Congress to decide if it will approve such requests, he said.

With regard to policy, Malakoff said the Trump administration routinely attacked the use of scientific expertise in many areas. Many observers have said the Trump administration conducted a war against science. It dismissed findings on climate change, which supported stricter controls on pollution and exposure to toxins such as pesticides and highlighted the dangers of COVID-19. It actively blocked regulatory agencies such as the Environmental Protection Agency from using the best science available. It fired or demoted government scientists who disagreed with Trump’s policy positions and undermined committees that advise the government on technical issues.

“Biden has promised to reverse all of this, and to lead with science and listen to the scientists,” Malakoff said. “He has already appointed 13 noted researchers and experts to a panel that will help craft his response to the COVID-19 pandemic. And he is expected to appoint respected, world-renowned scientists to lead key science agencies, including the National Institutes of Health, the Centers for Disease Control and Prevention and the National Oceanic and Atmospheric Administration.”

Biden’s aggressive climate policies exceed the targets of the Paris Agreement — an agreement among the United Nations aimed to limit the global temperature rise to 1.5°C  — which he said he will rejoin.

“The Paris Agreement is one step, but is too weak,” Jacobson said. “We need an 80% transition to clean, renewable energy by 2030 and 100% no later than 2050. This will cost about $7.8 trillion up front. Biden proposes to spend $2 trillion over the next four years, so that is a fantastic start.”

Jacobson said Biden, along with the nation, should implement goals and policies to expedite the transition to clean energy — reduce the barriers to the growth of offshore wind, unleash the renewable energy potential of the U.S., speed up the transition to electric and hydrogen fuel cell vehicles, electrify industry and infrastructure faster and stop the use and subsidy of fossil fuels.

However, Malakoff said it won’t be enough for the U.S. to act alone. The U.S. is no longer the world’s biggest emitter of greenhouse gas emissions. The levels in China and India are rapidly rising. Malakoff said the world must act together, but the U.S. can play an important role by leading the way.The big challenge, he said, is whether science can be translated into ambitious policies and actions to cut emissions.

“Biden will have vast power to realize some of his climate plans, but the fact that Republicans are likely to control the U.S. Senate will greatly limit his ability to realize other ambitious proposals,” Malakoff said. “For example, Biden will be able to take action on his first day on the job using executive power —such as ordering federal agencies to do more without needing approval from Congress. But any big spending plan — such as the proposed $2 trillion investment — will need the approval of Congress. And under a divided Congress, that could be very difficult for Biden to win. ”

According to Malakoff, although the two parties agree on supporting robust research into renewable energy and climate change, powerful government action could be difficult to realize. And without sustained action, the fight against global warming could become more difficult.

Malakoff said this means the country will have to adapt to warmer climates, higher seas and shifting precipitation patterns. But he said humans have shown a remarkable ability to adapt to changing environments, and he is certain people can do so again.

“Climate problems will accumulate if we don’t act now, which means we will need to speed the transition even faster to avoid long-term damage,” Jacobson said. “That would put even more pressure on us all to implement changes. We need to keep our eye on the ball and focus only on solutions that we know work quickly.”