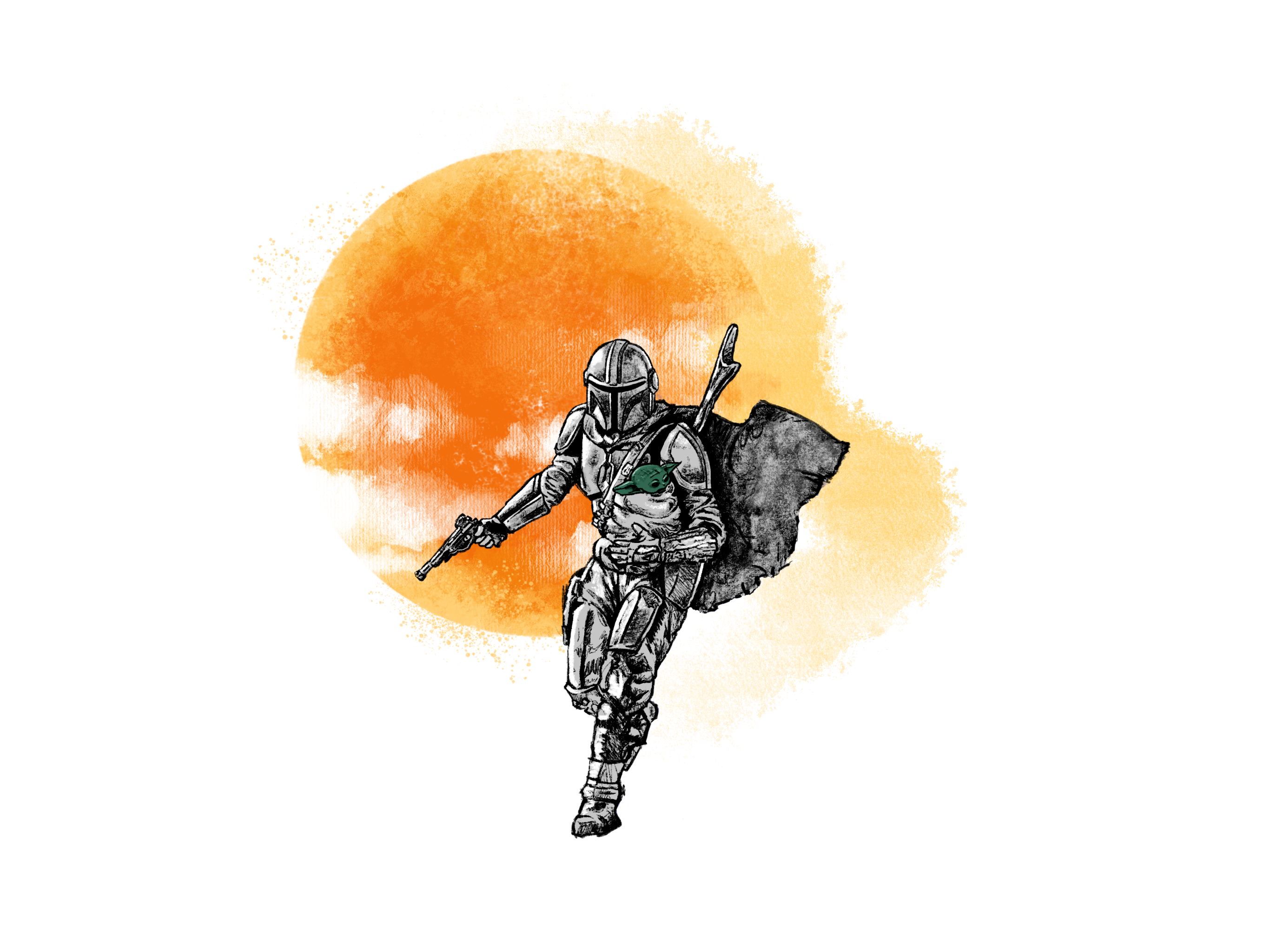 Star Wars is probably best known as a film franchise, but its most recent incarnation “The Mandalorian” shows the story translates to television as well. The series concluded its second season, building on the impact the franchise has already had on the entertainment industry.

Fans of the “The Mandalorian” are present all over the world, including in the Paly community. Senior Jett Ng is an avid Star Wars fan, and said he has been captivated by “The Mandalorian” for the past year. “The Mandalorian has definitely been one of the most popular TV shows. Everyone was obsessed with Baby Yoda and each episode was highly anticipated,” Ng said.

Junior James Churchley said he loved the original Star Wars movies when he was younger, and recently picked up “The Mandalorian.” He credits the majority of the show’s success to Baby Yoda: a miniature of the original Yoda who attracted troves of fans in the original trilogy.

“Baby Yoda currently has got a lot of people hooked to the show,” Churchley said. “This is great for Star Wars because some people who are now watching did not grow up with Star Wars.”

While the presence of an iconic character certainly helps rope in new supporters, “The Mandalorian” also provides a side of Star Wars that appeals to loyal fans, Ng said.

“It was really refreshing that they let us see a side of Star Wars that’s never shown in the movies, one without Jedi, instead focusing on the more forgotten aspects of Star Wars,” Ng said.

Greer Stone has been a lifetime Star Wars fan and said he loved how Season 2 of “The Mandalorian” ended.

“I thought it was a great finale,” Stone said. “the epic finish that the season deserved. People seem to really like the finale, from what I see on social media and from talking with friends.”

“I personally really liked the finale and thought it was a great way to end the season,” Ng said. “I like it so much that I would honestly be satisfied if they ended the show right then and there.”

The success of “The Mandalorian” could not have come at a more opportune time for Disney, the media company who acquired Star Wars in 2012. The reception of the Star Wars sequels released by Disney from 2015 to 2019 were mixed and left many Star Wars fans like Stone questioning Disney’s ability to tell a good Star Wars story.

“I was a little disappointed in the direction Disney took with Star Wars after the release of the sequels,” Stone said. “I think the Mandalorian is a great recovery and brings back the fun and energy that has been lacking a bit.”

The success of the show has also dramatically increased subscriptions to its Disney+ service. According to Churchley, with just the addition of “The Mandalorian” to the franchise, Star Wars has completely reversed the negative opinions and erased the doubt that arose following the sequel films.

“With everyone supporting the show and making it as popular as it is, Disney has definitely made a great decision with the Mandalorian and is definitely on track for big things,” Churchley said.

In the wake of the success of “The Mandalorian,” Star Wars is seeing a newgroup of younger fans. And Stone said Disney has crafted precisely what it needs to preserve the Star Wars legacy for decades.