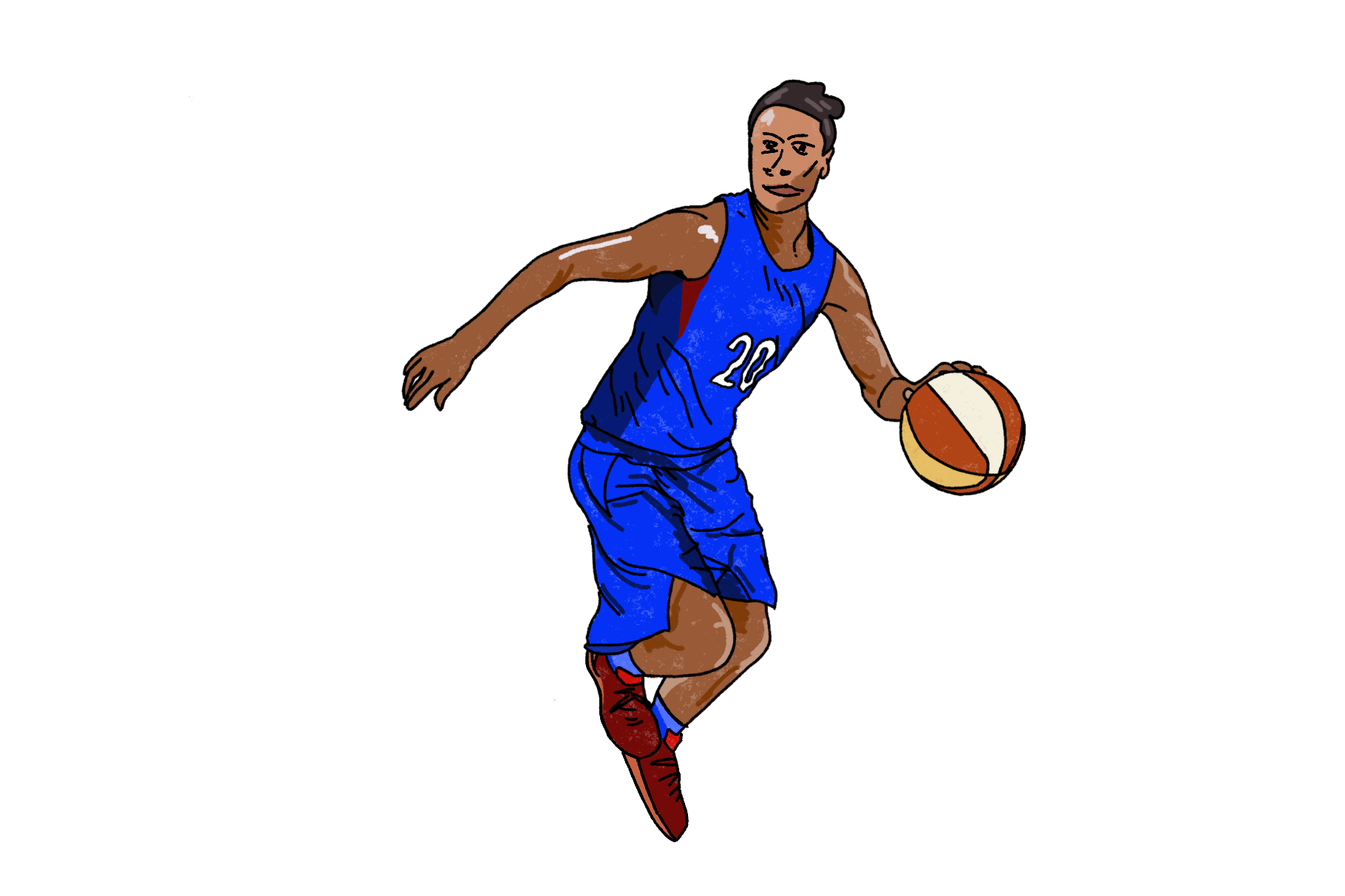 Every March, junior Max Bonnstetter has attended the NCAA college basketball tournament. As a Sports Illustrated and Jr. NBA reporter, Bonnstetter watches games like a hawk to prepare for post-game locker room interviews and press conferences with players and coaches.

At least, that’s what would’ve happened in a normal year.

Due to the COVID-19 pandemic, last year’s March Madness tournaments were canceled — this year they will return, but only under severe restrictions. This year, Bonnstetter will attend games and press conferences virtually. Still, he said he is grateful to have been able to attend in past years.

“Covering March Madness was a dream come true as a basketball fan,” Bonnstetter said. “It was surreal to be courtside on the press row watching Michigan beat Florida State to go to the Final Four, in the locker room asking Bol Bol or Rui Hachimura questions or getting grilled in a press conference by Coach Calipari.”

This year’s tournament is set to begin on March 18 under COVID-19 safety regulations. Unlike previous years, March Madness will occur in a single-location-bubble, similar to the NBA playoffs last year; the men’s NCAA tournament is set in Indianapolis while the women’s is in San Antonio.

Because of positive COVID-19 tests, many college players are missing games and practices, and some games have been canceled. In addition, no fans can attend the games this year, a limitation Bonnstetter said will detract from the March Madness experience.

“I hope this will change soon because I think it has a really negative effect,” Bonnstetter said. “It isn’t easy to establish a relationship, to tell a story, to get the emotion. The NCAA tournament is all about emotion.”

Regardless of these restrictions, junior David Gormley said because of the pandemic, he will appreciate the tournament even more this year.

“I think if there’s anything we’ve learned from our time without sports, it’s that you don’t want to take them for granted,” Gormley said. “You’re just so happy that it’s there. It’s nice to have it on even if it’s in the background in your house just adding a little buzz. I’m going to really try and take advantage of the tournament this year, the real excitement of it.”

Former Paly varsity basketball coach and PE teacher Peter Diepenbrock said he has been watching March Madness since he was 13. With a crowd of teams — 68 for men and 64 for women — vying for a place in college basketball history and a glowing trophy to bring back to their schools, Diepenbrock said the tension of the NCAA tournament is unlike anything else in sports.

“The drama, the intensity — it’s the fact that it all comes down to one game,” Diepenbrock said. “I mean, you just can’t beat it. You cannot beat the intensity of the one game.”

But it’s not just watching the games that fans are excited about — with every March Madness comes the opportunity to fill out and a bracket. This 63-game grid presents the filler-outer the tall task of attempting to correctly predict which teams will advance to the next round, and, potentially, making the perfect bracket. While a flawless bracket has never been achieved, Gormley said he uses filling out a bracket as a way to bond with his family.

“There are people in my family who totally love basketball and watch a lot of basketball,” Gormley said, “I watch a lot of basketball with my mom. There are also people in my family who don’t watch that much, and (when we fill out brackets) prefer to pick the fiercer looking mascot or the better color. I think that’s part of the fun. Because it’s single elimination, so we can all do our research and pretend to know about this dark horse team, but there’s gonna be stuff that nobody sees coming and that’s kind of the fun part.”

In past years, Diepenbrock said he attended March Madness in person, and the atmosphere there was perfect.

“It’s just too good,” Diepenbrock said. “You’re just surrounded by basketball nuts. It’s great energy, great energy. You get to watch the teams practice on Friday for an hour each. And then, obviously, the games on Saturday. Then normally, they’ll have an All-Star game on Sunday and then the finals on Monday. It’s just a four or five-day party with just all basketball people.”

And Diepenbrock said he’s already got his picks for the championship this year.

“I definitely would pick Connecticut women for sure,” Diepenbrock said. “For men, I’m hoping for Gonzaga. I know it’s not a stretch, and they’ve had so many good teams. I’d like to see them get it done one time.”

Bonnstetter also predicts Gonzaga will be the winner.

“I’m pretty confident that Gonzaga will win the tournament,” Bonnstetter said. “They are just too dominant, with unmatched leadership, experience and depth. And they have the best freshman in the country, Jalen Suggs.”

Bonnstetter said one of his favorite tournament memories was his question to South Carolina coach Frank Martin.

“(I was) at the 2017 Elite Eight at Madison Square Garden after South Carolina beat Baylor,” Bonnstetter said. “When I asked my question, ‘When you coach and teach your team defense, what’s more important: technique or attitude?’ it went viral, and I wound up on CBS with Charles Barkley that same weekend.”

Diepenbrock’s favorite memory was the 1987 men’s championship in New Orleans.

“Indiana vs. Syracuse,” Diepenbrock said. “Keith Smart (Syracuse guard and future Golden State Warriors head coach) hit a baseline jump shot for the game winner. That was the first Final Four I went to. That was pretty amazing.”

Gormley’s favorite tournament moment was the final seconds of the 2016 men’s tournament.

“I remember being at a restaurant downtown during the Villanova UNC title game, a couple years back,” Gormley said. “And it was a crazy sports bar atmosphere. Everyone’s going wild. I felt like that’s what made it perfect. We’re all looking at the screen, the final seconds. It doesn’t matter if this is your team or not. You’re excited because it’s a big deal for these teams. It’s just a whole lot of fun.”