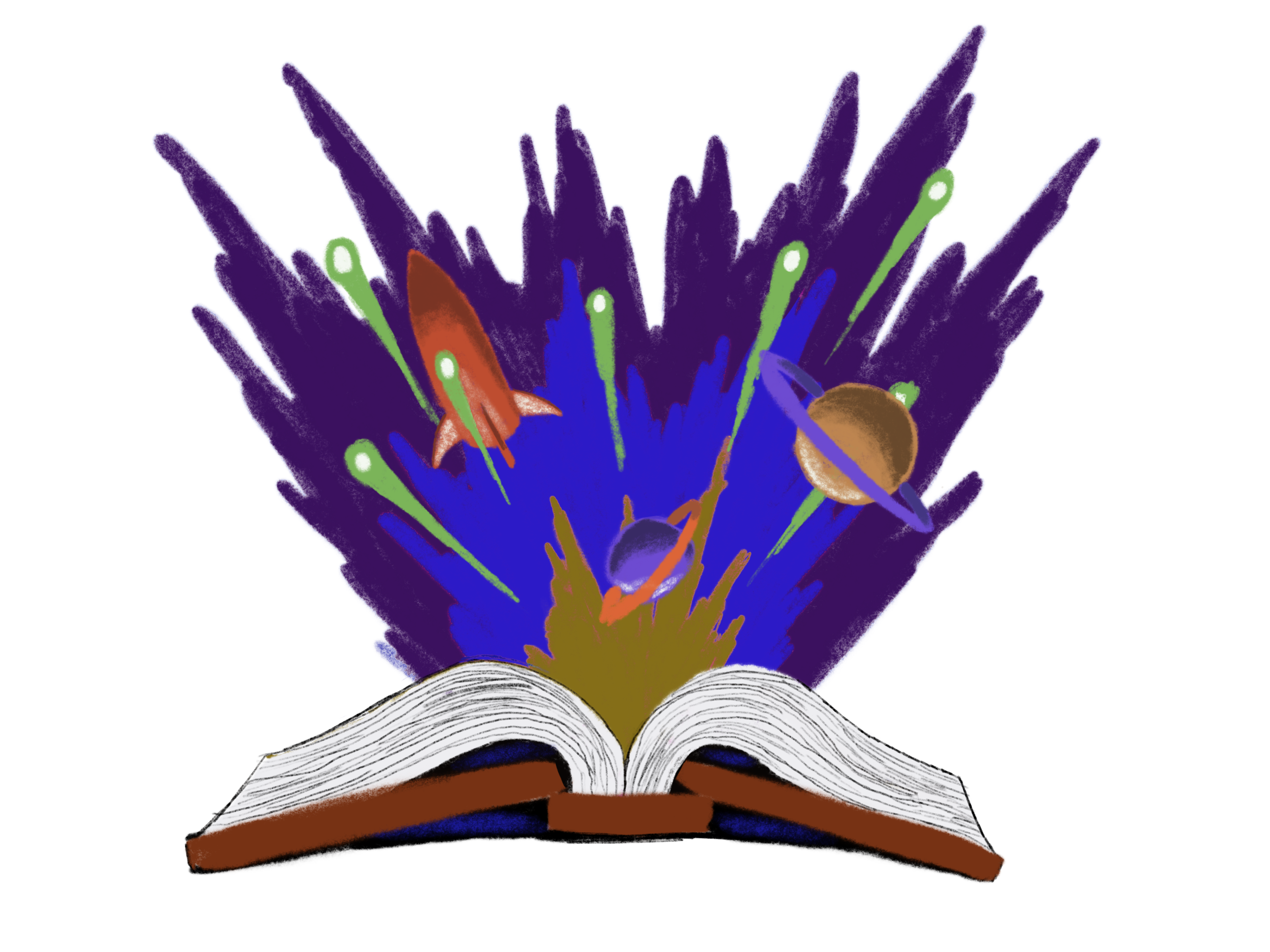 The Science Behind Science Fiction

Hundreds of pages sit in a folder on junior Natalie Nguyen’s computer, filled with stories of characters whose lives and relationships have been altered by the advent of technology. Nguyen said ever since she started writing science fiction and fantasy stories in elementary school, she has enjoyed diving into subgenres of science fiction such as cyberpunk, which explores themes like corruption in artificial technology, the nature of humanity and the influence of technology on health.

“There are a ton of sci-fi tropes like time travel and artificial intelligence, but I have an absolute favorite sci-fi trope of all time, and that’s the use of cyborgs as characters,” Nguyen said. “(They are) people who are partially human, partially machine, and I think it’s one of the best ways that sci-fi can explore the nature of humanity — by taking some of it away from a character. So it kind of asks, ‘At what point are you still alive? At what point are you not human anymore?’”

Escape Literature teacher Erin Angell said she has always gravitated toward the science fiction and fantasy sections of the library for the same reason — to dive into books that envision how technology might reshape humans in the future.

“What I really have always enjoyed about science fiction are some of the ways that you can create these really spectacular, amazing scenarios and worlds that still really speak to the human experience,” Angell said. “And I like that part of it where it’s recognizable. You still get to really stretch your imagination and take a break from the mundane, and at the same time, there’s a part of it that’s tethered to reality.”

For Angell, science fiction, like all other forms of literature, incorporates a human element in some way, whether through its portrayal of human nature when confronted with existential crises, or its portrayal of human relationships when the development of technology challenges the boundaries of science. But as an escape literature reader, Angell said her primary goal from reading science fiction is having fun while getting lost in a fictional world.

“There’s an element about (science fiction) that is not ashamed about the fact that it’s supposed to be entertaining,” Angell said. “It’s not just like the broccoli of the literary world where you know it’s good for you — it’s art.”

For many other readers like junior Mihir Gupta, science fiction is engaging not only because of its ability to look at human tendencies, but also because of the science woven into the heart of the story.

“Science fiction books have helped me realize a lot of things about science; they’ve made science a whole lot more interesting to learn, especially (since) it’s not so much like you’re learning these things just to solve problems (in class),” Gupta said.

Astrophysics teacher Josh Bloom said his passion for science fiction literature and film was what got him interested in astrophysics and fascinated by science fiction’s ability to entertain the idea of sheer possibility.

“When you dive deep into quantum mechanics and you dive deep into relativity, and you understand all the science and experiments that back them up, and how successful those theories are at actually accurately describing the way the universe really works at the extremely large and extremely small scales, you realize, ‘Holy crap, this is our universe — it really does this,’ and it’s insane,” Bloom said. “It’s almost fantastical, it’s almost fantasy — but it’s real.”

Bloom said he has been especially interested lately in reading about theories on parallel universes, a common science fiction trope.

“(Parallel universes) are real possibilities, and right now in astrophysics, they are matters of very real scientific debate,” Bloom said. “This used to be the realm of pure science fiction, but it is now very much the realm of legitimate scientific pursuit … And if I had to guess, there will come a point where we are pretty certain that we are part of a much larger reality.”

Bloom said part of what makes teaching astrophysics so fascinating to him is the idea of being able to teach a course that is constantly evolving in order to reflect the newest scientific discoveries.

“Particularly in the last 20 years, there has been a larger effort to make science fiction that’s truly trying to be as scientifically accurate as is possible without losing the story, and I love that science fiction,” Bloom said. “That really goes back to what I loved about Star Trek, which was things you could actually envision being possible.”

Nguyen said that in addition to being drawn to stories that depict the implications of biological and technological innovations on human society, there has always been one thing that stands out to her when it shows up in a book: when there are human aspects that she is able to resonate with emotionally.

“I definitely respect incredibly designed plots and really well-explained technology — that’s like a no-brainer in the sci-fi genre,” Nguyen said. “But I also like seeing something deeper. If you have all of the surface (level) stuff like a good plot and good explanations for technology, you have a really good world. But you need the additional depth and the great characters to make that something more and something a story worth telling.”