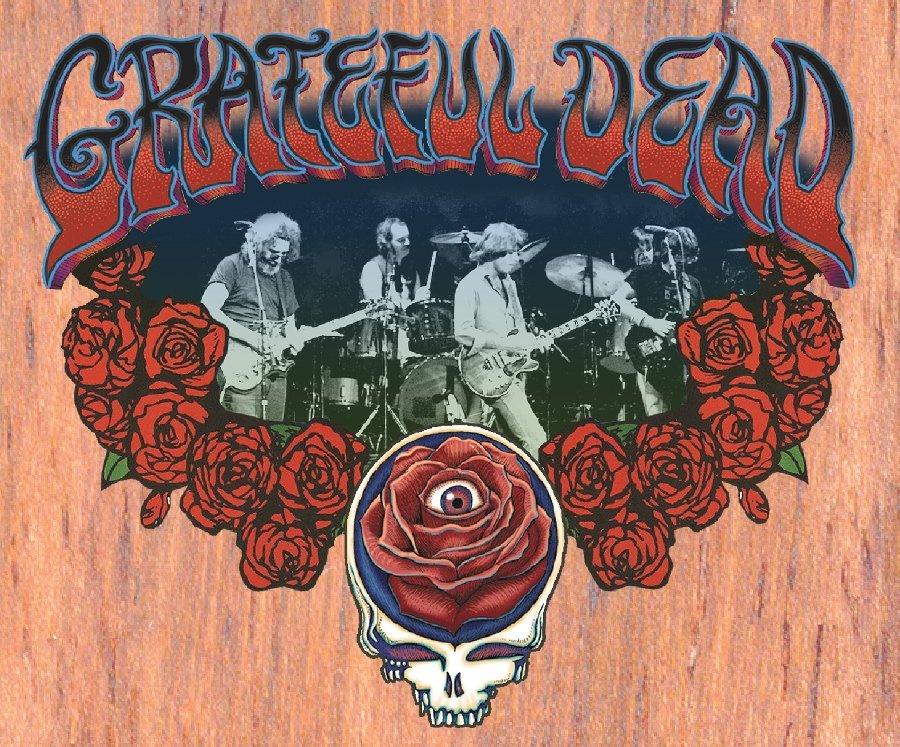 Sixty years ago, when Bill Kreutzmann was in sixth grade at Middlefield Elementary School in Palo Alto, his band teacher kicked him out of the band after the second class for not being able to keep on tempo.

However, this was not the end of Kreutzmann’s story. Soon after he was kicked out of band class, he bought his very first pair of drumsticks and began taking lessons from a local drummer named Lee Andersen.

“I remember those sticks to this day,” Kreutzmann wrote in his memoir. “It was like, ‘Ah, this is me! I’m holding me for once.’ I finally had something that really meant ‘Bill’. Something that I could identify with.”

Kreutzmann was exposed to soul music — a combination of R&B and gospel genres — in his childhood, and this contributed to his continued interest in drumming. By the early ‘60s, he began attending Palo Alto High School and formed his first band, the Legends. At this point, there was no stopping Kreutzmann and his passion for drumming.

“[I] was high from the experience of playing music and the unexpected joy it brought me when I saw those kids dancing to my beat,” Kreutzmann wrote. “I now had desire in my life. Passion.”

Kreutzmann went on to become the drummer of the Grateful Dead — a legendary rock band that eventually made it into the Rock and Roll Hall of Fame.

The Grateful Dead started off as a band called The Warlocks in 1965, but very quickly changed their name after discovering another band under the same name. Like Kreutzmann, keyboardist Ron “Pigpen” McKernan also attended Paly in the early ‘60s. Other band members include frontman Jerry Garcia, guitarist Bob Weir and bassist Phil Lesh. Their first show was played at Magoo’s Pizza in Menlo Park, which has since been replaced by a furniture store. The members of the band were all younger than 23 years old at the time and lacked experience, but this group would go on to play over 2,300 concerts together.

It is difficult to classify the Grateful Dead under one genre, as they pulled influences from rock, country, blues, jazz and psychedelia genres among others. The band is most well known for its lengthy improvisational sets in live performances — many describe their concerts as jam sessions as opposed to rehearsed repertoires. Their musical style is representative of the counterculture movement that started in the mid-’60s and fostered a culture of sex and psychedelia among their fans, known as “Deadheads.”

The band expanded by adding members early in their careers, one of the most notable additions being drummer Mickey Hart. With both Hart and Kreutzmann on drums, the Grateful Dead was again able to create a unique sound with two drummers — an unorthodox practice in music then and even now.

In 1973, just eight years into the Grateful Dead’s 30-year journey, the band experienced a major setback. Pigpen’s health had deteriorated due to congenital biliary cirrhosis, an autoimmune disease of the liver. Although the band had known of his genetic health condition prior to his death, it still greatly affected every member of the Grateful Dead.

[pullquote speaker=”” photo=”” align=”left” background=”on” border=”all” shadow=”on”]Their musical style is representative of the counterculture movement that started in the mid- ’60s and fostered a culture of sex and psychedelia among their fans known as ‘Deadheads.’ [/pullquote]

“Death is always a surprise,” Kreutzmann wrote. “It’s always a shock, even when you know it’s coming. I can’t recall the actual funeral or the large, informal gathering afterward. I was in mourning. We all were.”

Despite his supposedly hardy demeanor towards the media and the fans, to his bandmates, Pigpen was a completely different individual.

“He dressed tough and he acted tough — but on the inside, he was the sweetest guy anybody had ever met,” Kreutzmann wrote. “We used to laugh about it, because people thought he was kind of this badass, but he wasn’t. He was like a puppy, with an outer shell of motorcycle insignia, which didn’t really say anything on it.

The band, however, was able to move on from this tragedy and recruited Keith Godchaux as their new keyboardist. Godchaux had toured with the Grateful Dead in 1970 when Pigpen’s health began to stunt his ability to perform live, so the transition was smooth given the circumstances.

The band’s career continued to follow a path to success, as they were eventually inducted into the Rock and Roll Hall of Fame in 1994. What was surprising, however, was the fact that Garcia did not attend the induction. While most musicians would see the recognition as an amazing achievement and a once-in-a-lifetime celebration, Garcia felt rather indifferent towards the initiation.

The personal approach to music that the Grateful Dead adopted may have been what made them so special. While many artists perform to entertain audiences and make money, the Grateful Dead performed to entertain themselves and even promoted piracy by encouraging fans to distribute recordings of live shows just to spread their love for music. Even despite this, the Grateful Dead is one of the most financially successful bands, because of its strong fanbase.

Unfortunately, the ceremony was followed by further dismay. In August 1995, Garcia died of a heart attack. The decline of his health was caused by a number of factors including his drug addiction, weight problems, sleep apnea, smoking and diabetes. The emotional impact of Garcia’s death extended to nearly everyone associated with the Grateful Dead, including fans.

“Every ‘Deadhead’ remembers where they were and what they were doing when they heard the news that Jerry Garcia died,” Kreutzmann wrote.

The death of Garcia was the death of the Grateful Dead. Although the surviving members have reunited a number of times from 1995 to the present, the spirit of the original band officially ended at that moment.

“I knew that, without Jerry, it could never be the same,” Kreutzmann wrote. “I think my bandmates knew that I was done with [the Grateful Dead].”

In 1998, a band by the name of The Other Ones was formed by former Grateful Dead members Weir, Lesh and Hart, along with several other musicians. They kept the improvisational essence that the original Grateful Dead had, but the band was significantly less popular and constantly made changes to its roster. By 2000, Lesh left the band while Kreutzmann joined once again, and in 2003, the name of the band was changed to The Dead. After touring in 2004, The Dead took a five-year hiatus and continued to slip off the radar of the rock and roll scene.

“Fare Thee Well: Celebrating 50 Years of the Grateful Dead,” a five-concert tour over the summer of 2015 — was stated to be the last time that the four remaining core members — Kreutzmann, Weir, Lesh and Hart — of the Grateful Dead would ever play together. Two of the five concerts were performed at Levi’s Stadium in Santa Clara, Calif, and both concerts were extremely close to selling out.

But the Grateful Dead is always full of surprises, and perhaps it is not the end for the them, despite Fare Thee Well. Beginning on Oct. 29, Hart, Kreutzmann and Weir will tour with John Mayer as Dead & Company until December.

After 50 years, the once local Palo Alto band has transformed into a group of Rock and Roll Hall of Fame legends. Obstacles have gotten in the way countless times, but the Grateful Dead seems to have still survived them all. Even if the era of the Grateful Dead has officially ended, their legacy as masters of psychedelic rock and leaders of the hippie movement will likely live on for decades, and possibly even centuries.

“So [we may have] stopped touring, but the music never stops,” Kreutzmann wrote. “Nor will it.”