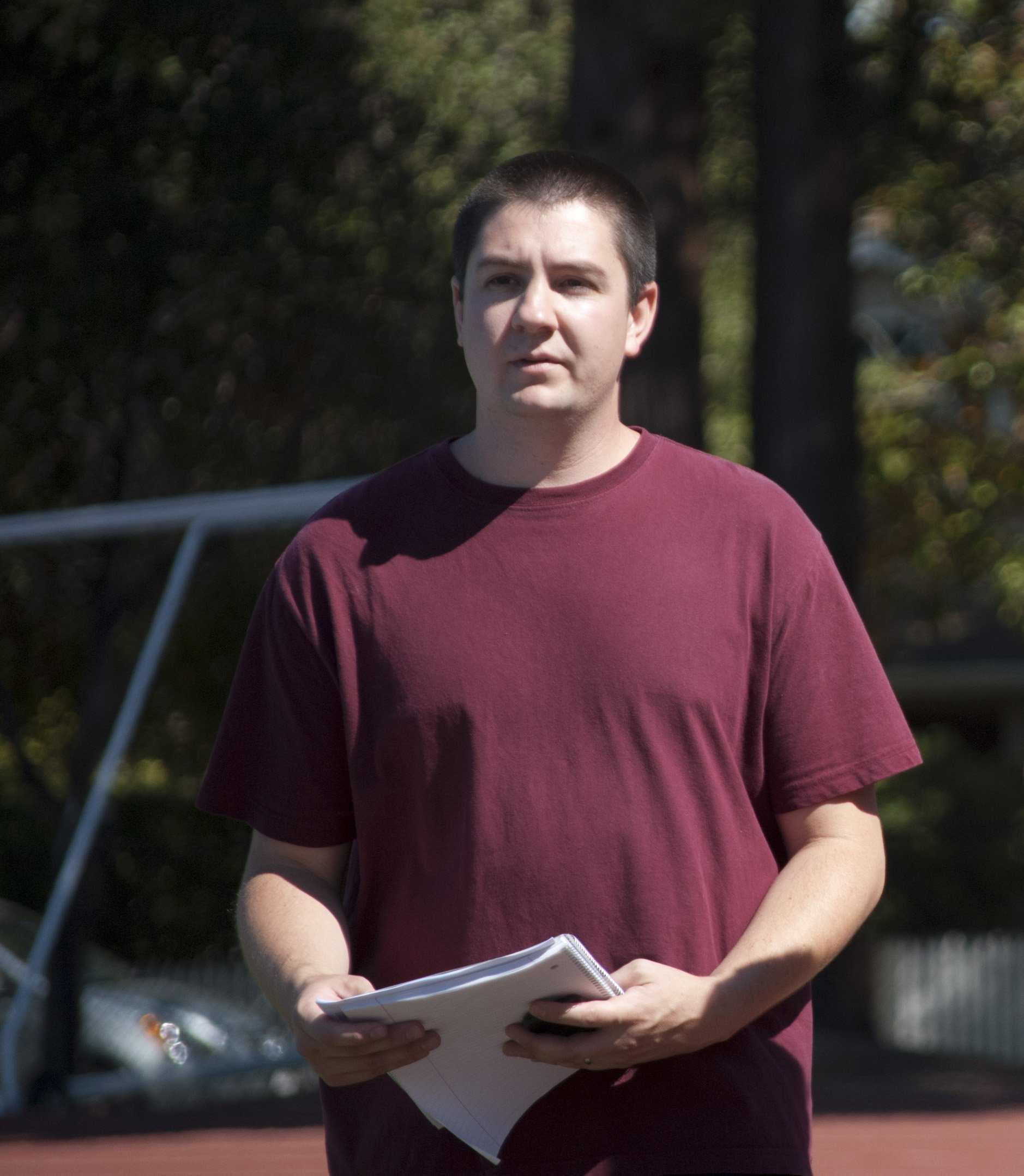 The boys’ cross country team faced an irksome start to the season with ambiguity and frustration aplenty. They were left to rely solely on senior leadership until just before their first meet at Gunn. Despite questionable organization on behalf of the sports coordinators, the team continues to adjust to its new coach, Marcus Stone.

What happened to Ginnani and Hubbs, the old cross country coaches? “We couldn’t get Coach Hubbs because he had to stay with his old school due to that school’s own personal problems; he’s a teacher there as well and they wanted to have him put their school first,” senior captain May said.

Stone, a Nevada native, had just moved into the Bay Area earlier this year. A track runner in high school, Stone proves to be a more-than-capable replacement for coaches Jonathan Hubbs and Joe Ginanni.

Stone’s positive experience running in cross country in high school inspired his decision to go out for the job.

“I was coached by a very excellent coach in high school,” Stone said. “I bring up a lot of her methodology in my coaching here. I just loved being on the cross country team in high school.”

According to the runners, practice itself has been improved since Stone’s arrival, along with team unity.

“With Marcus here we have a much better idea of what we’re doing,” May said. “He really wants everyone to compete to their full potential.”

“We are more united as a team, we know our routines better and we work together,” Takeuchi said.

Led by senior captains Benjamin May, Justin Zhang and Kevin Lavelle, the team had been practicing all through the summer without any guidance or a formal structure.

Organizing and managing a large group of athletes, especially at the start of a new sports season, is never particularly easy, especially when a team is missing a coach, but the cross country team did so with relative ease.

“It’s always confusing for the first week of cross country,” May said. “The main problem was that this year, the confusion continued for longer than a week or two, and we weren’t hearing anything from Coach Hansen or Coach Fung.”

But the team was able to pull through.

“What really aided with the transition was a lot of our runners decided to do the summer running program,” May said.  “That really helped us out in terms of getting everyone situated.”

The majority of the team, apart from the freshman, had run cross country previously, which also assisted in the team’s organization and ability to manage themselves.

“We were essentially able to form our own workouts and form our own team,” May said. “Jones [the girls’ cross country coach] helped us out a bit helping get the whole team situated and making us a more complete unit.”

Though the team was able to organize itself, this does not lessen the fact that the search for a coach took a long time. What many fail to realize are the large number of factors besides qualification that go into hiring a coach.

“Finding a coach is never easy, and finding a good coach is even harder,” track and field coach Fung said.

“Time constraints are always hard,” Fung said. “You have to be available 5-6 days a week, having the time to do it…usually, if you work a 9 to 5, you don’t have the time. You’d have to somehow be a teacher, or somehow have your own business where you can leave and go.”

“We had a couple recommendations from the parents that didn’t pan out,” Fung said.

A series of arbitrary cancellations only added to the frustration. “We had a candidate, and he decided-at the last minute-that he didn’t want it, and that put us in a bind,” Fung said.

Sports like football, basketball and volleyball always have many applicants for open positions. These team sports tend to have more participants as well. Such is true with the hiring of the boys’ water polo coach.

But why exactly is it that we, as a school community, are so biased toward favoring sports such as football, basketball and volleyball over cross country, which barely had any applicants?

Just because a sport cannot generate large amounts of revenue from their games or is not equally engaging to spectators as it is to the athletes, does not make it unworthy of the same treatment as other more praised sports receive.

However, it is clear that there was some what of a communication error here. While I have no suggestions or critique for the new coach, if a similar situation were to arise again, more updates on behalf of the administration such as Fung and Hansen to the athletes and parents would be necessary. The members of the team were left in dark as to the aspects of the hiring. For all they knew, Fung and Hansen were still “scrambling for a coach” until the very end.