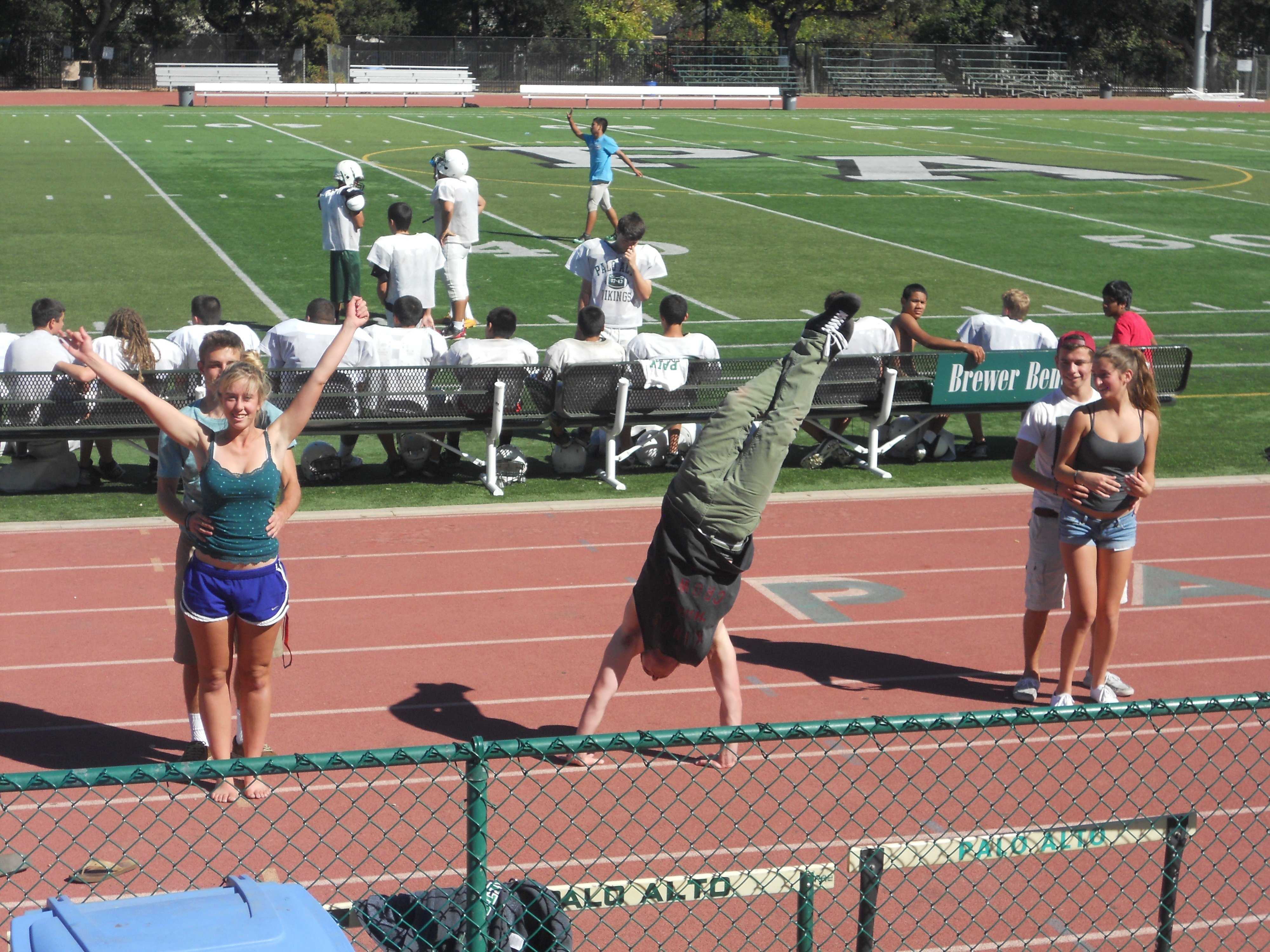 Paly’s Associated Student Body (ASB) continues to make preparations in anticipation of a reformed and unbiased Spirit Week, which will take place from Oct. 22 to Oct. 26.

After an activity filled-week, Spirit Week will culminate with Friday’s two rallies and Saturday’s homecoming dance.

Friday’s after school rally, also on the football field, will feature performances by Paly’s cheerleading and dance squads.

The day ends with performances by each of the four class’s Spirit Dance and presentation of class floats. The five to seven judges for the after-school rally have not yet been decided, but possible candidates include: Paly teachers that teach multiple grades, the mayors of Palo Alto and East Palo Alto, school board candidates, and the ASB president and vice president of Henry M. Gunn High School.

Hall insists that he and ASB will continue the judge selection process by making sure that all judges have minimal bias toward any one grade.

Saturday’s dance will include a new DJ and entertainment company and ASB has set an attendance goal of 500-600 students.However, unlike last year’s dance, spirit points will not be awarded based on class attendance because ASB considers it to be a separate part of Spirit Week and the incentive of class points did not work last year.  The highlight of this year’s Spirit Week overhaul is a modified point distribution system after last year’s highly controversial results. The lead was occupied by the juniors with the sophomores right behind in second place before the introduction of “unity points” that resulted in a senior class victory.

Many accredited last year’s finish to an unwritten tradition that the senior class must win the annual contest.

“I think that’s the mindset that a lot of people have,” spirit commissioner Emma Ketchum said. “But this year we’re making it very clear that you have just as much of a chance to lose as anyone else does.”

Student activities director Matt Hall believes that the tradition is fairly recent and that ASB is returning to Spirit Week’s original practices.

“If you talk to people who have been on this campus for 10, 15, 20 years, the true tradition was a fair game where anybody could win,” Hall said.

The points for Spirit Week this year will also be more evenly distributed to level the playing field.

“The final rally was worth way more points than basically the entire week [last year],” Ketchum said. “We’re definitely trying to make  [Spirit Week] as even as possible.”

While the float and dance will still be worth more than the rest of the lunchtime activities, they will not be worth as much as last year. Points will also be awarded or deducted for bleacher cleanliness and will be deducted for inappropriate cheers, which was an issue last year.

“Spirit Week can be fun, it can be competitive, it can be racy, but it doesn’t have to be cruel,” Hall said. “And talking about people’s private issues… that’s just beyond the pale, in my opinion, and I won’t stand for it, and neither will Mr. Winston.”

Ketchum and Hall both cited a lack of transparency in last year’s week-long contest, even though points for each day were posted online,  but are confident that it will not be an issue this year. Students can find out each day’s theme and rallies, rules and point distribution on the ASB website, and can also learn more about the week’s festivities on the ASB Facebook and Twitter pages for “the right answers,” according to Hall.

Hall confidently reported that this year’s ASB is a stark contrast from last year’s class and will succeed in organizing a successful and unbiased Spirit Week.

“Part of it stems from leadership,” Hall said. “[ASB president] Jessica Tam  and [Vice President] Soo Song set the tone for the class. The other credit needs to go to [senior class officers] Michael Wang and Josh Stabinsky because, if anything, their class has the most to lose. But they’re confident enough leaders… to say ‘You know, we can do this and we’re going to play it straight and let the chips fall where they may.’ I think they should be admired for that.”

Ketchum emphasized that this year’s Spirit Week will be “not rigged.” Hall also mentioned it will not feature any unity points, which were introduced by last year’s senior class officers, Sam Blake (‘12) and Zorawar Singh (‘12).

“The seniors got beat clean last year,” Hall said. “It’s embarrassing to pretend otherwise, it’s intellectually dishonest. It’s pathetic, everybody knows. To pretend otherwise is not something we’re prepared to do this year.”
Ketchum has high hopes for a successful Spirit Week this year and encourages all students to participate in the week’s festivities, especially the freshmen, who will be experiencing Paly’s long-held tradition for the first time.

“When you’re a freshman, you don’t realize that Spirit Week is a big deal and people do dress up a lot and when they dress up, they go all out,” Ketchum said.  “I think that as you get older, you know what to do and you [get used] to it. Everyone’s in a costume, everyone’s dressed up.”