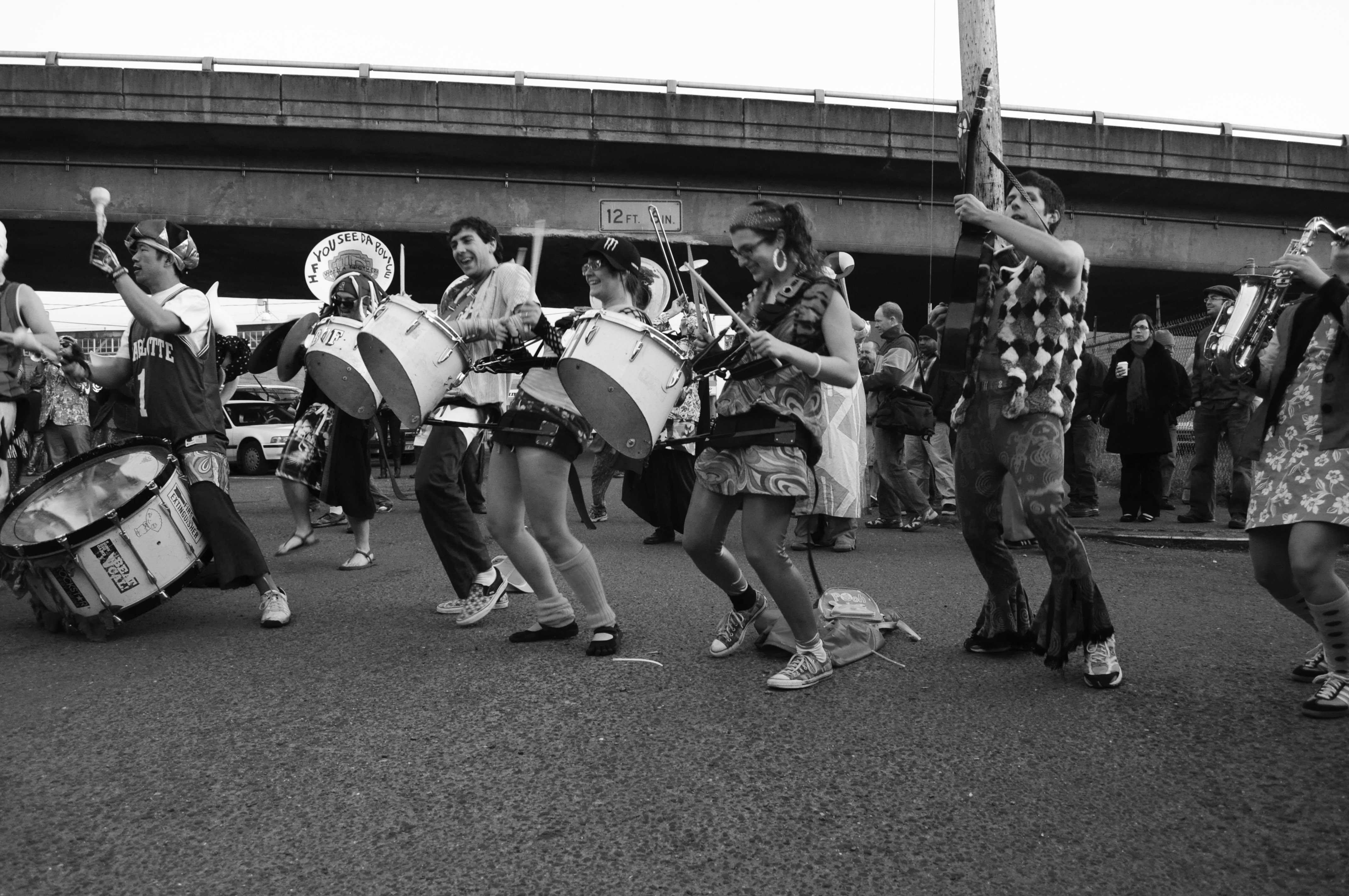 “I first heard about the LSJUMB when I went to Stanford games as a younger kid,” junior Eli Weitzman said. “I always loved their enthusiasm and energy, and when I heard from my friend Cameron that you could actually play with them I did some more research.”

The student leadership group ‘Staph’ is responsible for deciding whether an event is something the band wants to do and is able to do, according to Public Relations Recruiter Brian Flamm.

“We perform at a lot of athletic events,” Flamm said. “All the football games, men and women’s basketball, women’s volleyball games and sometimes soccer and water polo—pretty much any event as long as it fits into our schedule.”

LSJUMB is an open community and invites musicians of all levels .

Some have been playing in a band since elementary school; others have never touched an instrument.

Weitzman is one member who has many years of experience playing an instrument, which eventually branched off to experimentations with many other instruments.

He has played in the Jane Lathrop Stanford (JLS) Middle School band all three years as well as in the Paly band and jazz band for the past three years.

“I started clarinet in fifth grade and switched to alto sax,” Weitzman said. “Since then I have played a lot of bari sax, clarinet, bass clarinet and recently tenor sax.”

He has also been playing in a band all three years in middle school and in Paly, though he especially loves playing in LSJUMB because he enjoys being around other members of the band.

“I play tenor sax; it is by far the best instrument,” Hansen said. “I still participate in band at Paly, and have since sixth grade at Jordan but the Stanford band really makes it way more fun because everybody in the sections is awesome.”

Generally about one tenth of the students at Stanford become somewhat involved in the band, according to Flamm since there are a multitude of ways to get involved.

“[LSJUMB] is pretty popular,” Flamm said. “The experience on the band is really whatever you want it to be; you can go to one thing or you can go to a lot of things.”

For the Paly members, the time commitment of participating in events has become an issue, though Weitzman and Hansen hope that it will change over time. Either way, they are able to go to as many practices as they please.

“The time commitment is completely up to you,” Weitzman said. “I have been unable to go as often as I would like because of school but there are practices every Monday and Wednesday. Currently they aren’t allowing [Jack and I] to play at football games because of liability but we are hoping that will change soon.”

For positions on the band, the LSJUMB hold elections every year in January, and the people who win the positions hold them until September, in which their position terminates, according to Acosta.

“Sophomore year, I became the librarian, which requires that I take a new set of about 70 songs and print them out,” Fierro said. “First we have to choose them for a big list that we have in the cabinets of thousands of different songs, and every quarter we choose which ones to add.

Overall, LSJUMB is an eccentric band that is welcoming to all members of the community.

“LSJUMB is a pretty relaxed organization,” Weitzman said. “While they do have form online you can fill out, they are open to walk-ins—even if you don’t play any instrument or read music.”

Weitzman always enjoys playing for the band for other reasons, most of all the increase of choice.

“I love playing with LSJUMB because of the freedom its gives you,” Weitzman said. “Because it is a student-run organization, the band is really based off tradition. At Paly we have a lot of band tradition, but it has been limited by the staff. With LSJUMB you have the freedom to go out there and have fun, be with friends, and most of all support Stanford.”