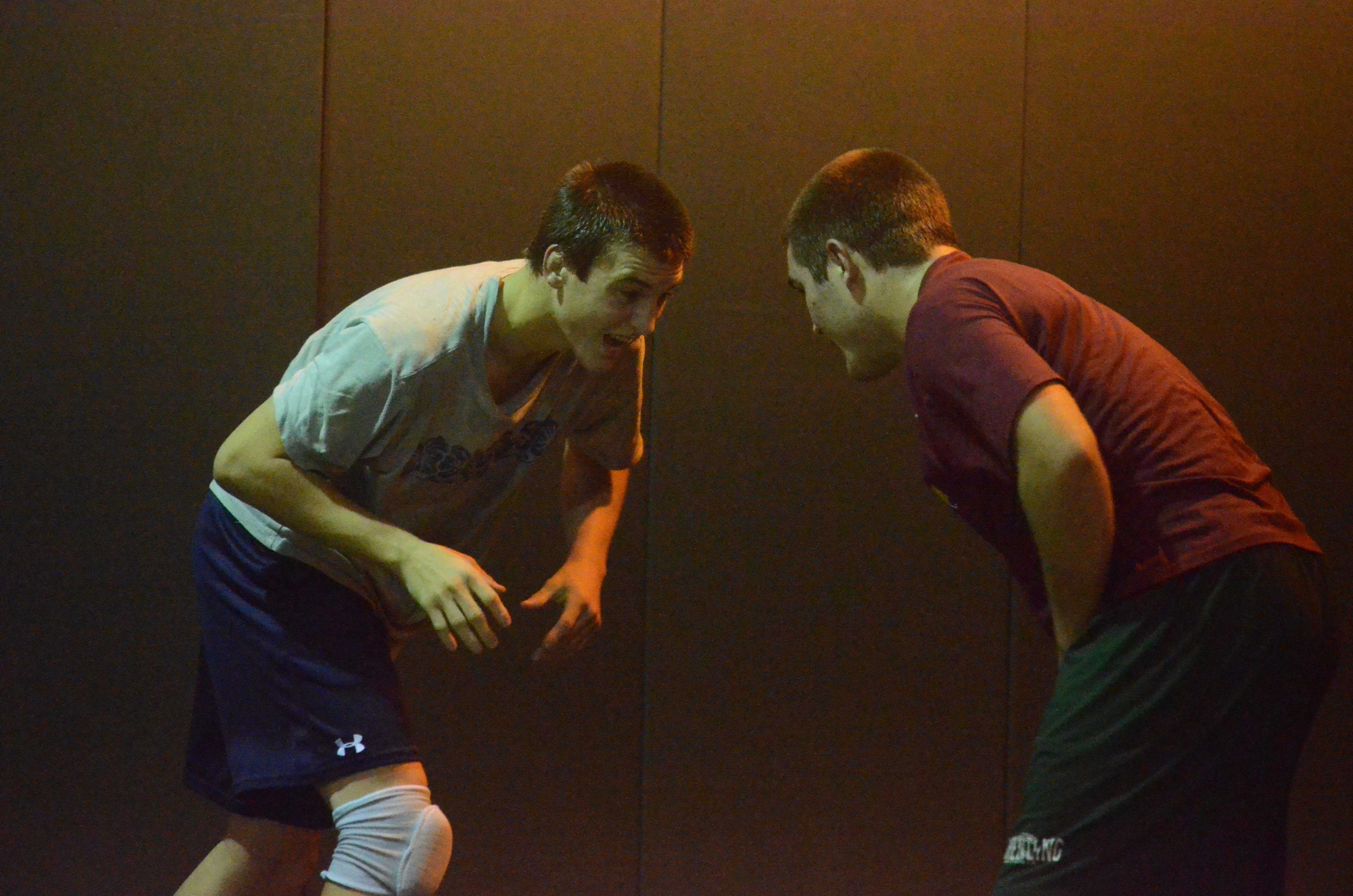 Wrestlers looking to return to CCS and State this year

The Paly wrestling squad is looking to improve even more, despite graduating experienced seniors last year.

“We didn’t wrestle well in league finals,” Duran said. “But the most important thing is CCS and states, and we wrestled well at CCS.”

Duran believes that last year’s squad could have placed as high as second in CCS last year and aims for a high finish again this year, but acknowledges that “no one’s going to beat Gilroy [High School].” Gilroy traditionally places first, making them the favorites for this year as well.

However, before reaching CCS, the team will have to compete against the other teams in SCVAL, which Duran cites as one of the better leagues in the section.

“Our league is good,” Duran said. “It’s probably the best league in the section for wrestling from top to bottom. There’s no clear favorite this year [in SCVAL]. A lot of times there is, but this year there really isn’t.”

Assistant coach Tony Brewer has returned to the team, which has also welcomed Braumon Creighton as an additional assistant coach. Creighton was a two-time Division II national champion and four-time All-American wrestler at the University of Nebraska.

Despite losing junior Gunnar Felt for the season due to an ACL injury sustained during football season, Duran remains optimistic that the rest of the team will still perform well.

“Our goals for this season is to go as far as possible as a team,” Gans said. “It would be great to win SCVAL and CCS, but we have a young team, so we will see how that plays out.”

Duran believes that Marshall, Anderson and Frick have a strong shot at winning CCS titles in their respective weight categories. Anderson and Frick are both returning from the football season and Duran was confident saying that football players are “strong wrestlers and extremely competitive kids.”

In addition, Frick is the only one out of the three wrestlers who qualified for the CIF state championships last year to return this year since the other two, Kalen Gans and Nick Ortiz, having graduated. The team is looking to fill some voids in some of the lower weight classes, but Duran does not perceive that as being a major issue.

“We’re going to be a good tournament team, we know that already, because we have some guys that can wrestle deep into tournaments and place high,” Duran said. “[For] dual meets, we have to fill some holes. That happens to us every few years.”

Nevertheless, Marshall believes that the team has the determination to keep improving and believes that certain intangibles could contribute to the team’s success this year.

“A lot of guys are stepping up this year,” Marshall said. “Everyone in the room is committed to getting better, from our veterans to our new guys. The team looks good this year and we’re ready to dominate in [the] league and throughout the state of California.”

The team has its first league dual meet at home against Los Altos High School on Thursday Dec. 20. Duran likes his team’s chances in their league opener and would be very disappointed if they came away with a loss