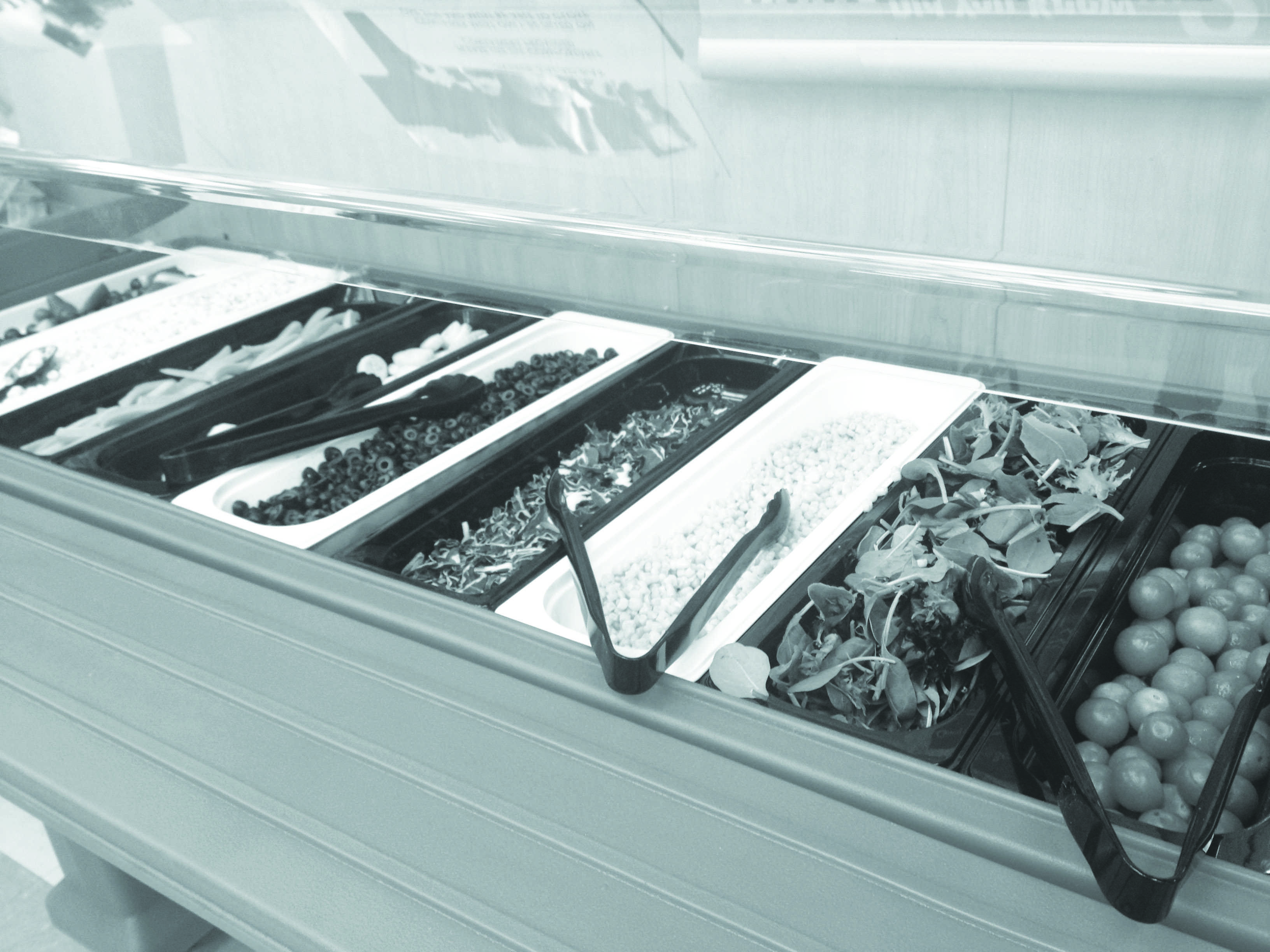 When senior Sasha Robinson first signed up for the Science Research Projects Honors class, she did not know that before the school year was over a salad bar would be added to the student center. This unique Paly course offers students the opportunity to participate in scientific research through working with a mentor from the scientific community.

In addition to keeping a journal of work, writing a scientific abstract along with a technical paper and giving an oral presentation, Robinson developed a project to change the Paly food system.

Having always been interested in nutrition, Robinson decided to tackle the Paly lunch program. Of course, this project was not easy, but Robinson was determined to make a change.

“I have always loved working out and I had friends with eating disorders,” Robinson said. “Health is a huge thing in my life, so I got into it and ran with it.”

Robinson started her project by working with Dr. Christopher Gardner, the director of nutrition and preventative research at Stanford University.

After months of work researching and conducting a survey with Paly students, Robinson decided to try improving the school lunches served here at Paly.

Similar projects have been taken on by professionals like nutritionist Jamie Oliver and First Lady Michelle Obama, proving Robinson’s effort to be truly unique, considering her young age. In these previous projects, there were many obstacles with improving children’s health through lack of cooperation with the school districts and even the opposition from the students.

“[The Los Angeles district] ran into the problem where they made healthier foods available—they took out the pizza and replaced it with quinoa salads and really yummy stuff—but the kids didn’t want it,” Robinson said. “So the kids were bringing junk food from home.”

Unlike the Los Angeles school district, Paly did not oppose the food reform; however, that does not mean the process was easy. After meeting with Principal Phil Winston, Robinson contacted the lunch ladies and the district.

Robinson then collaborated with both the lunch ladies and a district worker to discuss a plan on improving the lunch system and deciding how it would be implemented. These steps, however simple they may sound on paper in comparison to the uncompromising LA district were, in reality, very time consuming to execute.

At Paly, although many of the problems are similar to those encountered in reforming the food system in the LA district, they are not the same. Unlike many other schools, Paly’s open campus allows for students to eat at Town and Country Village or bring food from home if they choose not to eat from the student center.

The focus at Paly is on giving healthier and more diverse options to the students on the prepaid lunch program.

“It gives options for vegetarians and is nice if you have allergies,” Robinson said.

In order to cater to students’ preferences there is a suggestion box near the salad bar for those eager for a change or unsatisfied. Robinson hopes to rotate through the suggestions in an attempt to please everyone.

In addition to having a suggestion box, Robinson hopes to add a sandwich bar to the student center.

“They have [a sandwich bar] at [Henry M. Gunn High School], with different breads and deli meats and cheese,” Robinson said. “I am hoping to continue to make changes for a better lunch system.”

According to Robinson, the positive changes in Paly’s food system are not yet complete and the student center will continue to evolve.