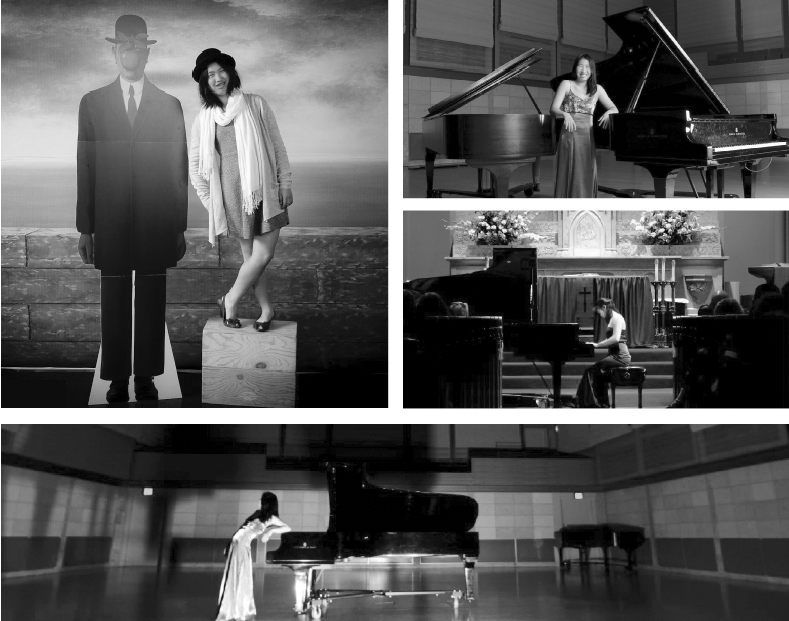 Her hair is elegantly tied up in a bun as she gently lays her fingers on the keys. They suddenly begin to move, producing a dramatic melody. A little more than a minute into the tune, the melody changes. Finally, around eight minutes later, she plays her final chord which prompts the sound of applause. Senior Hilda Huang has just performed Johann Sebastian Bach’s Toccata in G Minor in one of the many concerts of her musical career.

“To me, music making and artistry are vital and instinctual,” Huang said. “I have never imagined a life without music, nor being a musician without enriching my life to the best of my abilities.”

Huang has been playing the piano since she was three years old, starting because her friends played and inspired her to play as well. Her musical career spanning over a decade includes performances at numerous prestigious concert halls, including Symphony Space in New York, Weill and Zankel Halls at Carnegie Hall, Music Hall in Cincinnati and Zellerbach at Berkeley.

“I don’t think there’s anything special about performing at these large halls except that the stakes are higher,” Huang said. “I give everything I have in every performance, so it doesn’t matter too much to me where I’m playing.”

When Huang performs, she enjoys giving the audience an experience unlike any other. She plays at senior centers and retirement homes to share music from composers like Bach. Huang is playing Bach’s uncompleted “Art of Fugue” at a senior center, where she hopes to bring “freshness” to the audience, in Michael Lawrence’s documentary “Bach & Friends.”

“If I had to pick a favorite [composer], I would have to choose Bach because his music is undoubtedly so perfect,” Huang said. “The structure, intricacy, cosmopolitan universality of emotion and expression are gems to any artist and musician and listener.”

Huang has dedicated much of her musical career to studying and performing the works of baroque composer Johann Sebastian Bach. To her, playing Bach is an “internalized experience.”

Huang discussed Bach’s music during her presentation “On Bach, Music and Passions” which she gave at TEDxGunn High School on May 26, 2011. TEDxGunn High School is an independently organized TED event to “showcase innovation, creativity, and inspirational stories of the presenters,” according to its website. During this performance, Huang describes music as an “endless art” where musicians can continually work on a piece and continually discover something new about it each time they play it. The never-ending discovery is what she loves about music, especially Bach’s.

Huang has received international acclaim for her work on Bach. The Davidson Institute for Talent Development named Huang a Davidson Fellow in 2008 for her study of Bach’s works. In March 2010, Huang became the first American and the youngest person to win the International J.S. Bach Competition in the competition’s two decades. In addition to this competition, Huang has competed at various other competitions, including at the Bradshaw and Buono International Piano Competition in 2007.

“It’s fun to play in a competition in which, because the topic is so specialized, competitors, or as we prefer to call it, peers and collaborators, are just as enthusiastic and excited about the music as you are,” Huang said.
Huang’s achievements result from a dedication to playing music and continuous hard work. She practices every day and takes lessons once a week. Huang currently studies piano with Director Emeritus John McCarthy as well as harpsichord with Dr. Corey Jamason at the Preparatory Division of the San Francisco Conservatory of Music.

“I know that if I did not work my heart out at the piano that I would never be able to play any one of these,” Huang said at TEDxGunn High School. “But, also the reason that I can work my heart out is that I love [playing piano] so much and that I’m so satisfied whenever I do it.”

Huang’s passion for the instrument has influenced her decision to continue playing in the future.

“I plan on going to university and playing the piano as well,” Huang said. “Music has always transcended a career for me personally, and so whatever field I go into, whatever life I live, [it] will include music.”