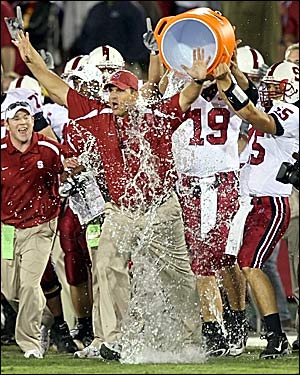 Jim Harbaugh will flip the coin for Paly’s first football game, according to Principal Kim Diorio.

“We’re very excited that Coach Harbaugh will be a part of our celebration and that he has agreed to participation in this special occasion,” Diorio said.

Paly head football coach Earl Hansen contacted Harbaugh and asked him if he was interested in being part of the first football game, and he graciously accepted.

The game will begin at 7:30 pm at the football field, and will launch the revamped Viking Stadium.