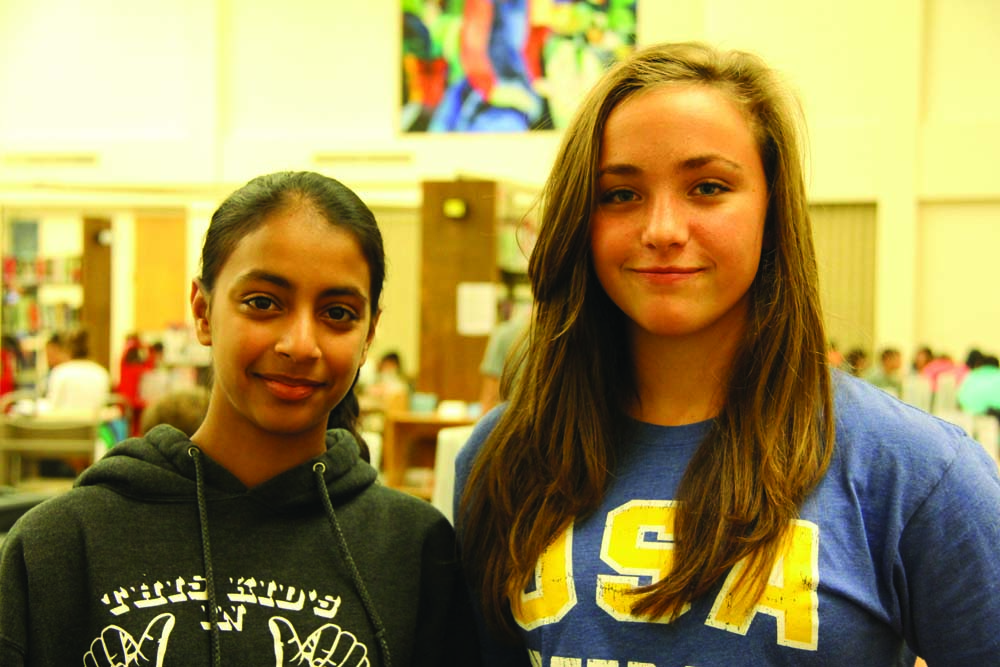 Freshmen Izzy Kelley and Anmol Nagar are set to take on the roles of freshman class president and vice president, respectively, after winning Associated Student Body (ASB) elections, which took place online during the last week of August.

Kelley was inspired to run after an eye-opening leadership experience during the summer.

“I had thought about [running for office] at the end of last year, mainly as a way to try something new,” Kelley said. “This summer, however, I was team captain of my water polo team and I really liked it. I realized that I enjoyed having a leadership role.”

Nagar, who served as treasurer of Jordan Middle School’s Student Council for three consecutive years, read about ASB online and then decided to run for the position of freshman class vice president.

With a platform that revolves around the inclusion and welcoming of freshmen on campus, both Kelley and Nagar hope to use their roles in ASB to ease the ninth grade transition into high school.

“I want freshmen to really feel like this is their school and that they’re a part of Paly,” Kelley said. “I’d like to help my class speak up and have a voice on campus.”

Nagar hopes to get the class of 2017 very involved with Spirit Week—something she sees as a possible opportunity for team building and collaboration amongst the freshmen.

“I’d really like for the grade to come together as a whole during Spirit Week,” Nagar said. “We all come from a variety of different schools and I want everyone to be able to get to know each other.”

In terms of improvements here at Paly, Nagar sees room for growth in the promotion and attendance of Paly dances.

Nagar also emphasized her approachability and willingness to communicate with her freshmen peers.

“I’m always here for anyone,” Nagar said. “I want to make Paly a place where everyone feels as if they have a say and they are welcome here everyday.”

Candidates began campaigning mid-August. Each student running for office filmed a speech for their peers to view, which was posted on the ASB YouTube page. Voting was conducted on TallySpace, a website providing online ballots. Students could cast their vote on their own at home or at the voting stations set up by ASB on the quad during lunch. Students in the Class of 2017 had from Aug. 26 to Aug. 30 to vote for the candidates of choice.