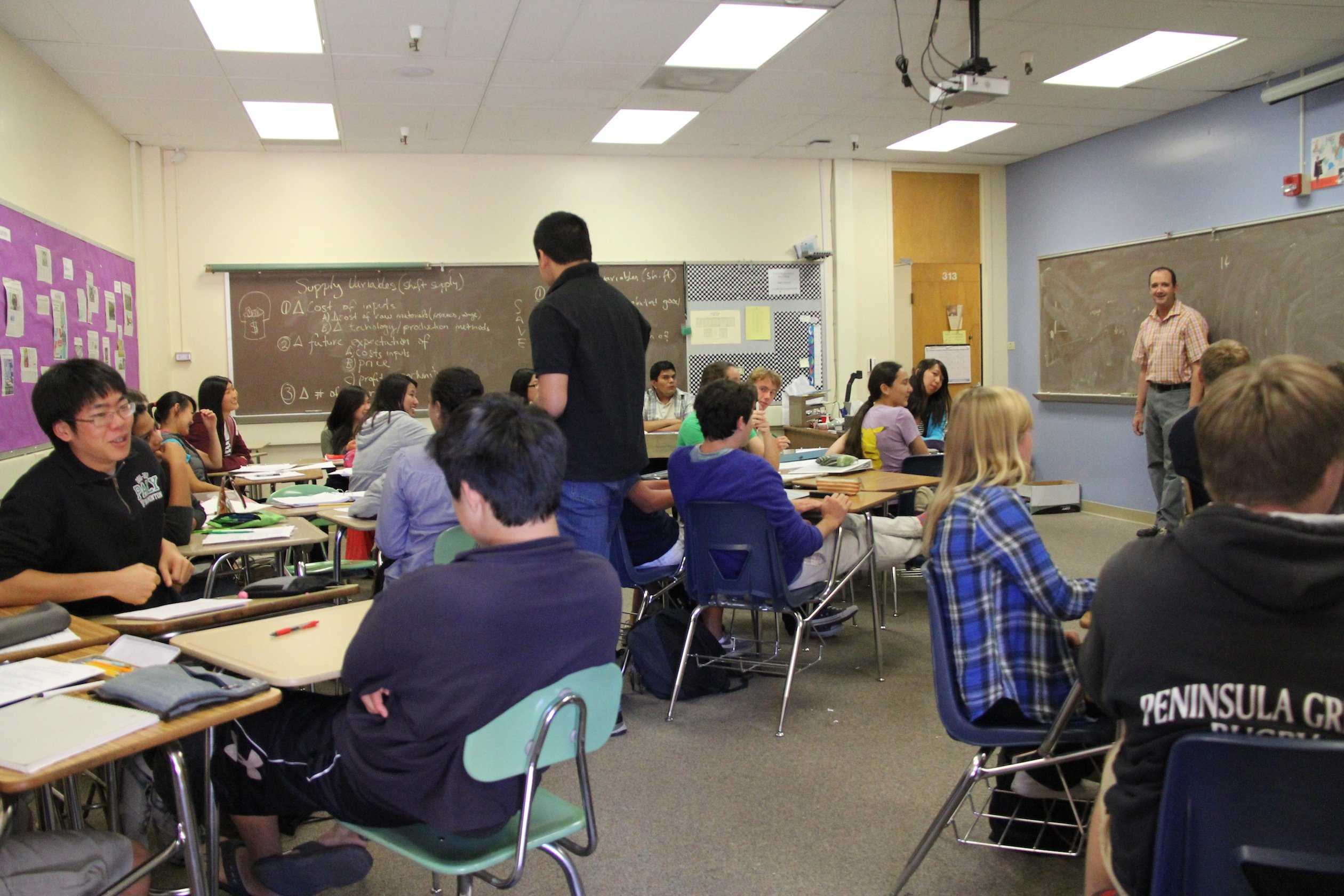 Overcrowded classes, such as AP Physics C, make it more difficult for students to learn.

With the new school year underway, Palo Alto High School, like many other public schools throughout the United States, is suffering from an increase in class sizes due to budget cuts and teacher layoffs.

Some classes have a plethora of students, ranging anywhere from high thirties to low forties, despite the many attempts by parents, teachers and administrators in recent years to keep classes small.

As classes increase in size, it becomes increasingly more difficult for a teacher to focus a sufficient amount of time and attention on each student. Because of this, students benefit less from the time they spend in class.

“I feel that my voice is lost in a big class and I often don’t retain as much information,” senior Sarah Ohlson said.

However, large class sizes do not only negatively affect students, but also teachers.

With 35-40 students in a classroom, they appear to feel overwhelmed and as though they are losing control of their classes.

“There is always a lot of talking and sometimes [the teacher] just stands there and says ‘please be quiet,’” senior Shiri Arnon said.

Other teachers seize the opportunities presented to them to discourage some students who might not be well prepared for the class from taking it in order to lower the amount of students.

“[Michael] Najar encouraged juniors and people who were not invested in the class to drop it so that we could have a smaller class size,” senior Chloe Zilliac, a student in Advanced Placement Music Theory, said.

The class began with 48 students, but now has only 35 after 13 students dropped it.  According to Zilliac, the decrease has made the class much more reasonable; however, 35 students is still above the reasonable size.

Paly generally does not run a class if it has under 25 students, which means that even if a class has a large amount of people, they will not split it into two unless it reaches 50 students.  As a result, there is no way to decrease class sizes unless students themselves choose to drop it.

Many students choose to take the large classes even if they know before the year begins that it will be a very large class.

Some are required classes, others are simply ones that they want to take and cannot take anywhere else or during a period that has less people in it.

Students have had to find ways to adjust to a learning environment that must accommodate more students in a classroom. They are adapting to large amounts of group work, lectures and worksheets, as well as the need to seek help outside of class if they have any questions that are left unanswered.

“I’ve learned to learn by myself,” Arnon said. “I go home and study the textbook and have specific questions to ask in the next class period, because we don’t get as much done as we usually could because everyone is talking all the time, so you kind of have to teach yourself.”