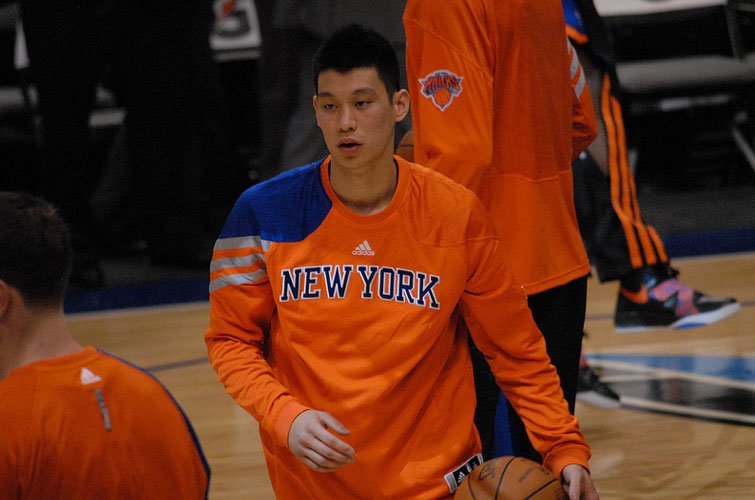 Jeremy Lin gained fame after leading the New York Knicks to an unexpected winning streak, inspiring the phrase “Linsanity” to describe his sudden rise to fame.

In Identity Unleashed, a Christian Evangelistic conference, which occurred on Sept. 7 at the Cow Palace, Jeremy Lin was joined by the YouTube music sensation Tyler Ward as well as Pastor Francis Chan as he addressed the Linsanity Phenomenon to a stadium filled with around 10,000 fans. Lin shared his perspective on how those pressures affected his relationship with God.

In an unforeseen seven game winning streak last winter, Palo Alto High School alumni Jeremy Lin took the world by storm. Originally fighting to keep a backup spot on the New York Knicks, Lin had his fate completely altered when he received some playing time due to the elbow injury of the then recently signed point guard Baron Davis.

Lin then managed to lead the Knicks to consecutive unexpected wins even without team star Carmelo Anthony, who missed time with an injury. The Knicks even dominated the Los Angeles Lakers, led by Kobe Bryant, who had famously casted off Lin’s success with arrogance prior to the game. This story of a rising underdog captured the attention of the entire world, which came with immediate fame, success and pressure for Lin.

At Identity Unleashed, Lin focused on his loss of identity as he attempted to fulfill the role that the rest of the world created for him. After his big break with the Knicks, he signed with the Houston Rockets, where he was welcomed with grandeur with his image celebrated all over billboards. Lin was expected to carry on where he left off in New York and lead the Rockets to success as well. According to Lin, while unsuccessfully trying to prove himself to critics and remaining in the leadership position that his fans expected in Houston, he lost his love for basketball, the reason he had entered this career field.

“With all the media attention, all the love from fans, I felt I needed to prove myself,” Lin said, according to the Identity Unleashed website. “But I’ve surrendered that to God. I’m not in a battle with what everybody else thinks anymore.”

When Lin began to perform less than stellar and began to receive even less playing time than that of the backup Houston point guards, he felt like he lost his joy for the game and even started to wish for the games to end. Amidst all of the fame and expectations, Lin also felt that he lost his religious identity as one of God’s children.

Only until he reconnected with his Lord and found his way back as a faithful Christian did he gain back sight of his true identity. According to Lin, he will embrace the upcoming season playing not for others, but for God and his own joy.

For more depth on Lin’s faith and how it plays in his basketball career, the Linsanity documentary is coming out on October.

At Identity Unleashed, participants of the event received the opportunity to watch an abridged version of the documentary. The film strongly emphasizes Lin’s humble roots and basketball success at Paly and Harvard, setting the story off by characterizing Jeremy as a young boy with genuine charisma and an unstoppable penchant for basketball.

“I thought the movie was an extremely accurate portrayal of [Lin],” senior Frankie Comey, who saw the film advance, said. “You can just see his geniune passion and his energetic personality.”

Not only does the inspiring film shine light on the glory and success that accompanies the Linsanity phase, but also on the countless feats and dispiriting events Lin faced during his career, through his struggle to get recruited by colleges despite his success in the state championships, to the gloom he experienced when he received minimal playing time when he was playing for the Golden State Warriors.

Most importantly though, the film centered in on Lin’s faith in God as well as God’s plan for Lin that led him through the odds, the denial of opportunities to unimagined success with his stellar performance in the NBA.

The entire documentary will premiere in the Bluelight Cinema in Cupertino and the Sundance Kabuki Cinema in San Francisco on Oct. 4.