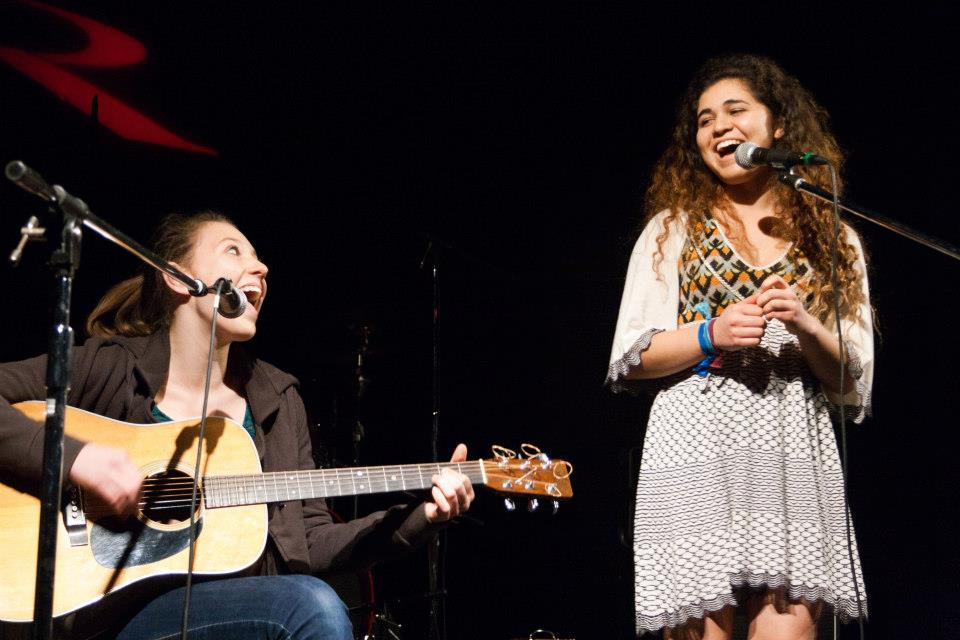 Remember those talent shows back in elementary school? Although those do not exist for high school students, that does not mean there is no longer a way to perform in front of fellow peers.  Thanks to the Teen Arts Council, there is still a way for Palo Alto students to express their talents.

On Friday, Oct. 4 at 7 p.m., Palo Alto students will be able to participate in an Open Mic event at the Palo Alto Children’s Theatre.

“I love going and performing because it’s fun to show people what I can do, as well as get feedbawck” senior Eli Weitzman said. “It’s a great chance to perform with new people.”

Weitzman is one of many Open Mic veterans, and plans on performing again.

“This year I’m planning on playing some songs I’ve written with my friends,” Weitzman said.  “Everyone should get ready for some dope jazz fusion.”

Students without a performing background, like Weitzman, can still enjoy Open Mic Night. Some students are too busy to be involved in school plays or the band and therefore Open Mic Night is a suitable alternative that does not require an extensive amount of time and still gives students the satisfaction of performing.

Senior Remi Wolf, a singer who performs with her band Remi and Chloe, enjoys Open Mic for its friendly environment.

“It’s a really fun and relaxed way to perform in front of people and to hear other people’s talents,”  Wolf said. “The whole scene is really friendly and welcoming.”

However, there is more to Open Mic than just singers. There have been a wide variety of performances throughout the Open Mics.

“We’ve had everything from whole bands performing to stand-up comedy acts and some crazy awesome juggling,” Baker said. “We’re hoping to get even more variation this year too.”

Students worried about singing out of tune, can try their hands at comedy. All kinds of performances are welcome.

Open Mic exist because students love to share their talents.

Teen Arts was created to alloww students who otherwise would not to showcase thier talents. The environment is laid back, the performances are vary in type and skill and fellow performers are incredibly supportive.

“What inspired me to create this event specifically was that it allowed teens to perform something they never had before in a supportive and enthusiastic environment,” founder and recent Paly graduate Leah Bleich said. “There have been a total of 10 of these Open Mics so far.”

“Open Mic is a great way to meet new people and see awesome performances,” sophomore Sophie Swezey said. “I’m looking forward to everything. I’m really excited for all the new actors that have never performed at an Open Mic before.”

Those interested in performing should Facebook message either Swezey or sophomore Clara Baker with details about the performance. More information can be found on the event’s Facebook page: “OPEN MIC I (2013-2014).”