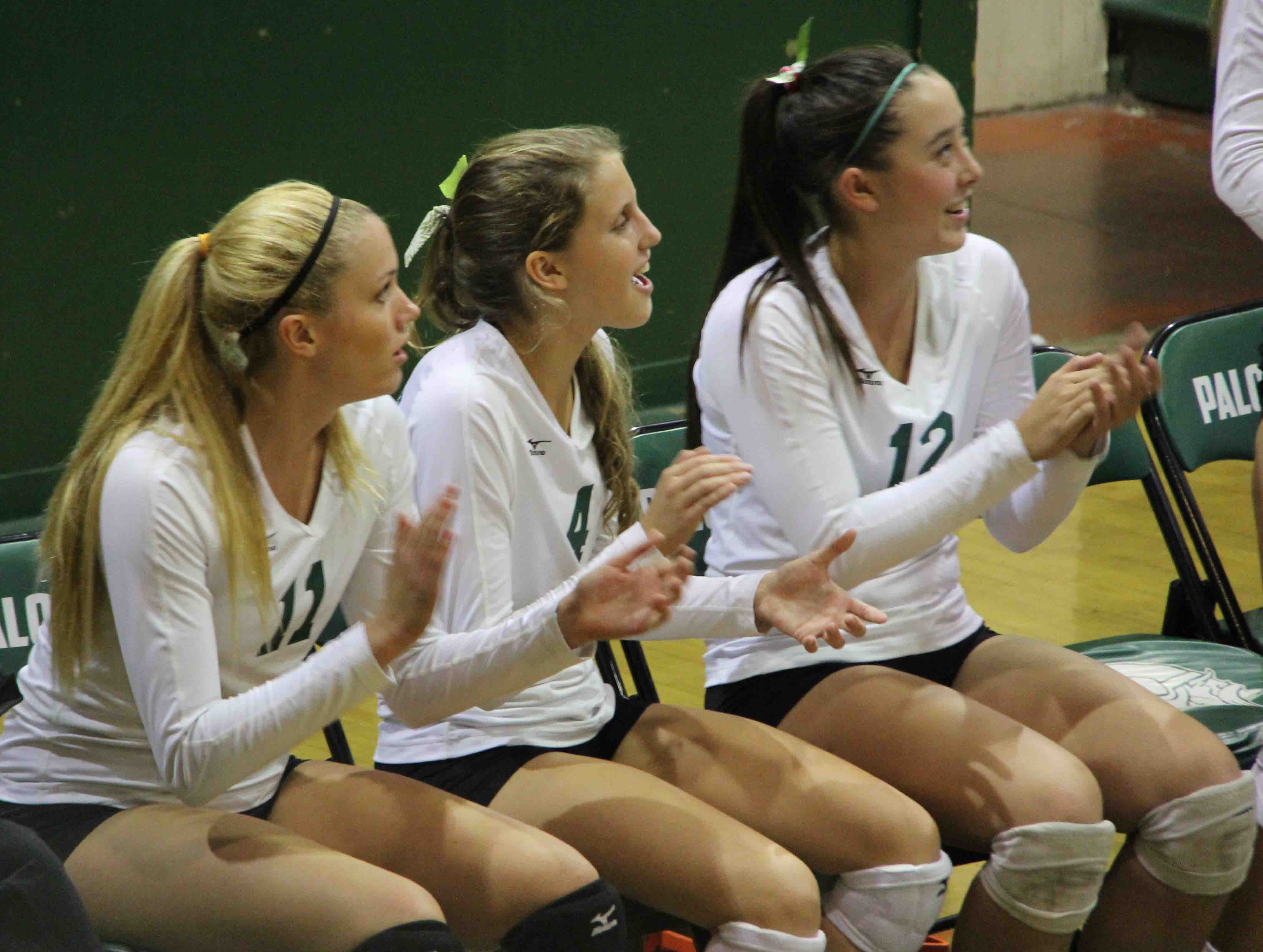 From left: senior Lauren Kerr and juniors Courtney Hartwell and Jade Schoenberger cheer for their teammates as Paly scores a point against the King's Academy

Volleyball team starts off with a superb 8-1 record

In recent years, Palo Alto High School has had a strong girls’ volleyball team, with seven consecutive league titles heading into this season.

This year’s team has seven new players, including two freshmen, but that is not slowing them down.

“I thought we looked really good considering that we’ve only been playing together for a little bit,” Gee said. “Castilleja put up a good fight and kind of scared us a little, but as a team we fought back and came out with a win.”

Raffel is also optimistic about the team this year.

“One of our goals this year is to win the league,” Raffel said. “If we win this season it’ll be our eighth consecutive year.”

Although the team is off to a good start this season, it has not yet encountered Homestead High School, which the team believes will be a different challenge this season.

“Homestead will definitely be our biggest competition,” Gee said. “They’ve got two big outside hitters that will give us trouble, but as long as we put up a good block and work on our serve receive, I think we’ll have a good chance of beating them.”

On Sept. 7, the Lady Vikes finished tied for third out of 28 teams at the Deer Valley Tournament.

This season certainly looks promising for the girls’ volleyball team, which will face off against the Los Gatos High School volleyball teamtomorrow, Sept. 24.