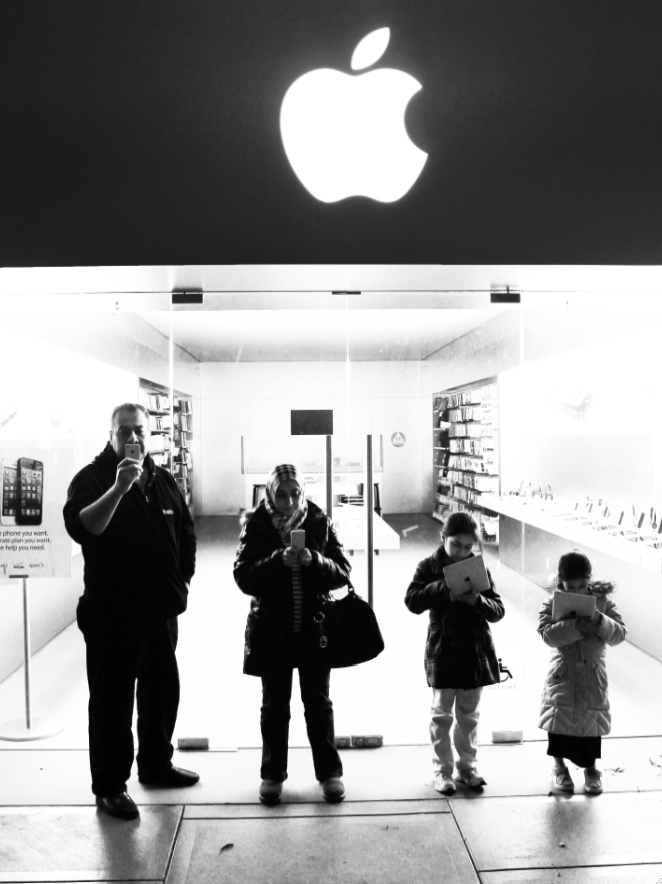 Lina Awadallah submitted this photo to the New York Times blog Lens to depict what she believes is an accurate representation of her hometown, Palo Alto.

The theme of Palo Alto High School’s homecoming dance will be “Dancing in the Moonlight” and will take place in Paly’s Small Gym on Oct. 26 from 8 p.m. to 11 p.m.

Even though the theme is “Dancing in the Moonlight,” this does not dictate a specific kind of attire. Paly’s Associated Student Body (ASB) encourages students to dress formally for the occasion.

Homecoming has always hat a larger attendance rate at Henry M. Gunn High School than at Paly, but this year ASB is trying to change this.

“Homecoming is a bigger deal at Gunn than at Paly,”  sophomore Liam Noroian said. “I’ve wished it was more of a thing, so I’m excited they’re trying to make it cooler.”

ASB was initially looking into a hotel venue, according to ASB Spirit Commissioner Maya Ben-Efraim, but it decided to keep the traditional venue of the Small Gym.

“We were looking into hotels, but one of our goal was to keep ticket prices low,” junior Ben-Efraim said. “Also, it is traditional during homecoming to host everyone at home, so [we decided to hold it] at Paly.”

ASB is also excited to be welcoming DJ Dave, who will be entertaining at the homecoming dance. Dave has been Gunn’s DJ for many years and many Gunn students report enjoying his performances, thus raising excitement for Paly’s upcoming homecoming.

Ben-Efraim also says students should get excited about a photo booth and ice cream sandwiches that will be provided by the popular ice cream parlor, CREAM.

Tickets to homecoming are being sold online through the Paly Web Store, on the Quad on Oct. 17 and 18, at the football game on Oct. 25 and at the door of the dance. Tickets will be $10 without an ASB sticker and $5 with.

ASB is also trying to revamp the dance with the introduction of a “Best Asking” competition. The winner will receive a $50.00 gift card to either Stanford Shopping Center or AMC Theatres.

In order to win, contestants need to record their asking and either post their video on the homecoming asking’s Facebook wall or email it to ASB adviser Matt Hall at mhall@pausd.org.

Videos need to be submitted by Oct. 22 at 11:59 p.m. The asking can happen anywhere at anytime, but must be recorded and submitted on time.

Students are encouraged to ask and to submit their videos early in order to get more “likes.”

Once all entered videos are posted, students will nominate their favorite asking by “liking” the videos on the Facebook event.

The winner will be announced at the homecoming dance.

Paly’s ASB effort is getting noticed by students and many appreciate their effort to make homecoming a more popular event at Paly.

“Personally, I’m not going to homecoming, but I’m thinking about it,” junior Elizabeth Chun said. “For all the people who are, I’m glad it’s becoming a bigger thing. The askings are really cute and the prize is an awesome incentive for students. I know ASB has put a lot of effort into it and I can definitely see that.”

These new incentives will hopefully get more students to participate in homecoming this year.