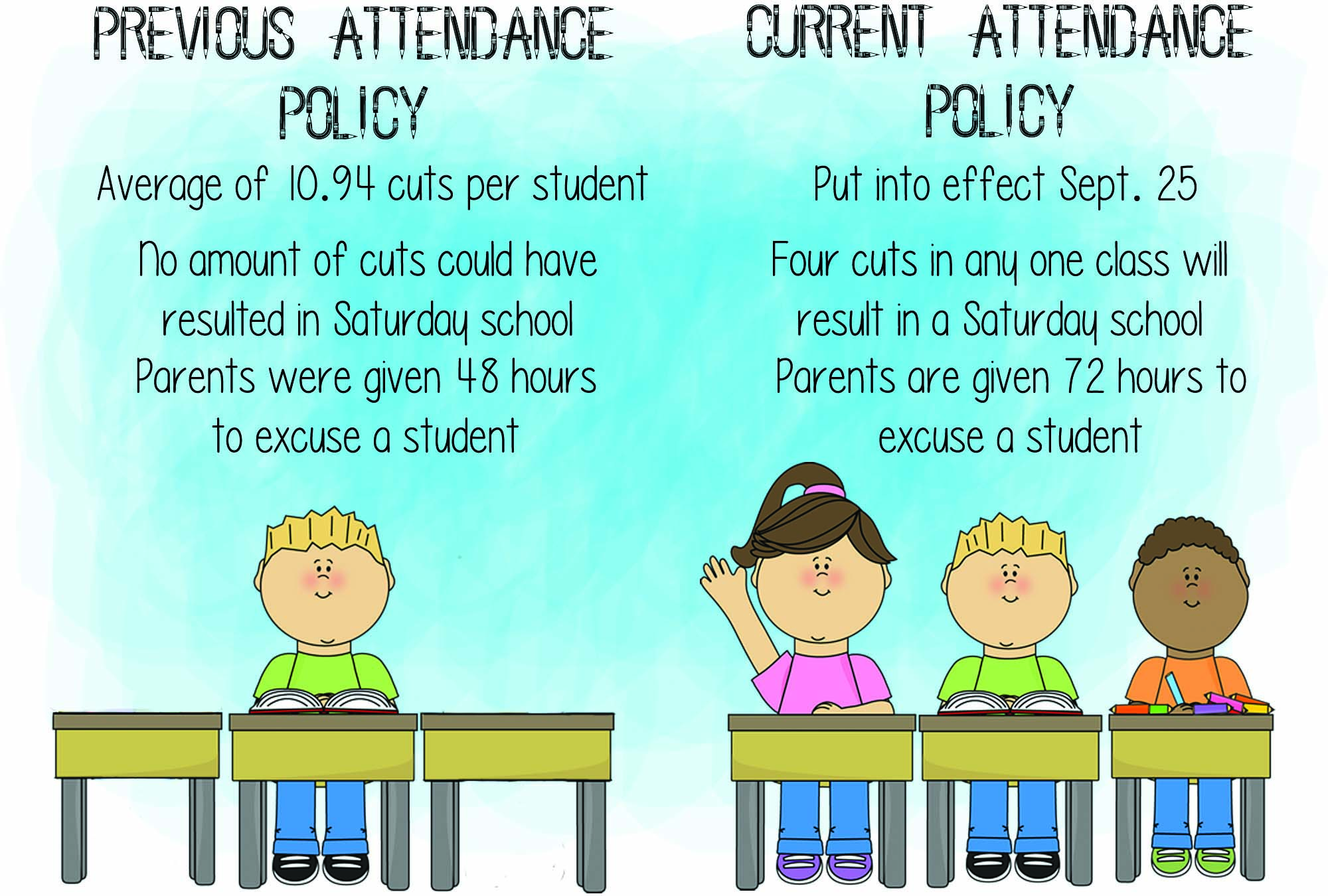 A new attendance policy was put into effect on Sept. 25 in an attempt to deter students from cutting class. The new policy reinstates Saturday School as a consequence for those who cut class as well as adds an extra autodialer call to parents and guardians regarding their child’s absence.

“Students who have their fourth cut in any one class [will have to attend Saturday School],” assistant principal Victoria Kim said. “If you miss your math class three times and you have a fourth cut, you’ll be fined  [with a] Saturday School.”

The attendance policy for the 2012-2013 school year did not involve attending Saturday School nor did it have the ramification of students being dropped from the class as a result of cutting. Because of the laxity of the policy and its lack of consequences, during this period of time, the school endured its highest cut rate in seven years with a total of 21,636 cuts, an average of 10.94 cuts per student.

The administration still has yet to determine details including where the funding for Saturday School teachers will come from.

“[Saturday School] will probably be based on need, so we’ll determine that,”  Kim said. “We haven’t decided which budget it will come out of. There are a number of them that we can take it out of, but we haven’t decided.”

In addition to Saturday School, an autodialer will contact parents and guardians twice a day each time a student cuts. Under the new policy, parents will have 72 hours to clear an absence whereas the previous policy only gave parents a 48-hour period to call in and called parents only once in the evening.

The new policy aims to lower student cut rates and focuses primarily on increasing the consequences for cutting class. But some students believe that there are alternative solutions the administration could consider to solve the problem.

“I think they should concentrate more on giving students an incentive not to miss class rather than ineffective consequences that students fear,” senior Mary Williams said. “Instead of using fear, they should find alternative methods.”

Through the new implemented policy, the administration hopes to see an improvement from the attendance rates from last year.