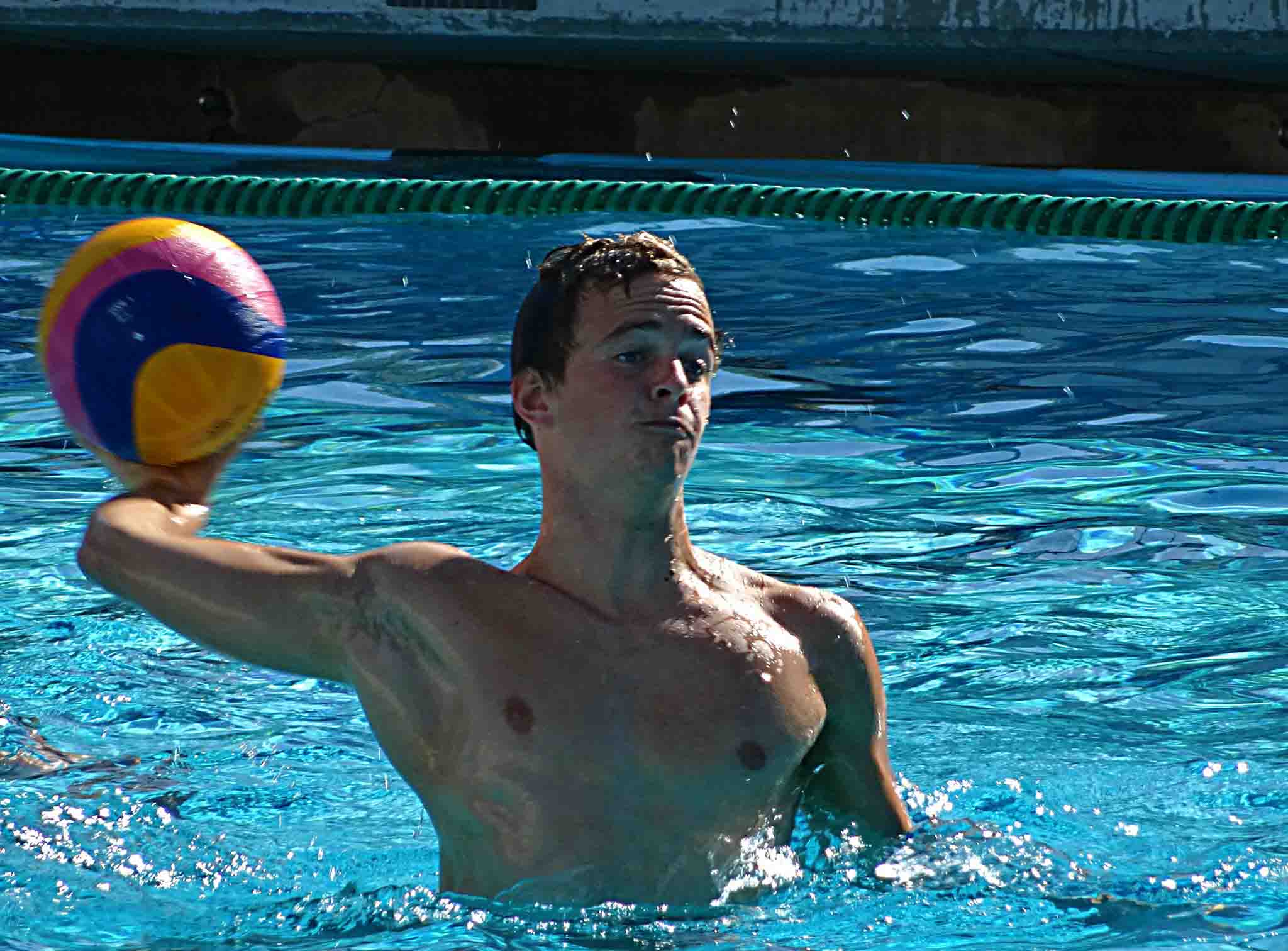 Senior Sam Kelley practices his shooting during a drill at water polo practice. The Vikings are looking to build more team chemistry this season.

The Palo Alto High School varsity boys’ water polo team continues to build chemistry and momentum following a 4-0 record during the tournament during the weekend of Sept. 28-29. The team finished off a strong tournament with a 12-9 win against Mountain View High School, and now only have league games remaining.

“Hopefully [the tournament] gives us some confidence going forward,” head coach Brandon Johnson said. Our goal was to beat as many CCS teams  as we could that weekend, now we can change our focus to leagues and get ready for CCS.”

Although the team has five straight victories, including a 11-8 win against Serra High School, team captain senior Sam Kelley sees room for improvement.

“I think we could have played harder against some of the teams we beat this weekend,” Kelley said. “We didn’t keep up our intensity for all four quarters each game.”

Johnson agreed with Kelley’s analysis of the team.

“I’m not satisfied, but happy,” Johnson said. “We’re playing better than people thought we were going to and becoming more consistent, [but] we tend to play down to competition, we never put teams away by a large margin.”

Both team leaders and role players are starting to believe in each other and think that with the leadership of the seniors as well as the improvement of the underclassmen, they can go far this year.

“The leadership displayed by our captains really drives us to want to get better and play better,” junior Maclean Mansfield said.

Johnson attributes the team’s success to contributions from everyone.

“All these guys were coming off the bench but have grown into starters and stepped up for us.”

The combination of leadership from the seniors and improvement of role players is becoming a key component for the boys varsity team this fall.

Johnson offered a similar take as Kelley, and even said that Kelley himself has been playing well lately.

“Kelley has played well on the offensive side, same as Rosati and Novak on the defensive side,” Johnson said.

Although some of the tournament games were close, the captains pulled together under pressure to score a few key goals.

“Our captains always stay calm in bad situations and end up scoring the winning points too,” Mansfield said.

Paly will look to continue its success against Lynbrook High School on Oct. 15.