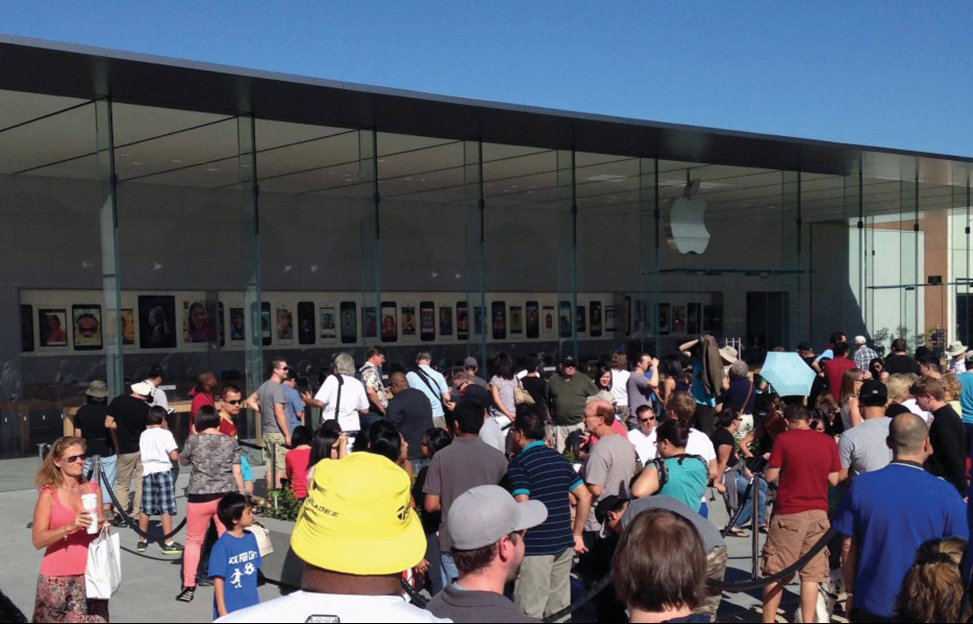 Stanford Shopping Center has decided to revamp and revitalize its atmosphere by adding new brands in an attempt to create more revenue and attract new customers.

These changes will consist of new stores and remodeled buildings. The specific type of stores have not yet been released to the public.

Some of the remodeled buildings will include a Silicon Valley favorite Apple, as well as Fleming’s Steakhouse.

With Fleming’s Steakhouse moving to a larger, newly renovated location in the former parking lot facing El Camino Real, as well as remodeling of Bloomingdale’s, Stanford Shopping Center will create space for three more retail stores and one multi-functioning building that will stand on the northeast corner of the mall.

Students at Palo Alto High School were fond of the futuristic design and the potential impact it could have at Stanford.

“I think it’s great that the mall is going under all these renovations,” junior Sheila Subramanian said. “Such a large structure like the Apple building impacts the feel of the whole mall.”

Each building will have smaller retail stores that have not yet been specified, rather than national brand names.By adding smaller brand name stores, Stanford will attempt to attract a new class of customers.

Many students agreed that newer stores twould make them more likely to shop at the shopping mall.

“I would definitely be more likely to go there if there were newer small brand stores, and I don’t shop there that often right now,” junior Xavier Sherer said.

However, other students at Paly did not think that adding a few extra stores would change their opinion or attitude regarding the shopping mall.

“I shop at Stanford a lot because they already offer a good selection of clothes, so I don’t think adding smaller brand stores would change how often I shop there, it just helps add to the variety that they already offer,” Subramanian said.

In addition to moving several stores to create space, there will be a new aesthetic look to the mall as well.

“It’s always nice to be shopping at a mall that has nice surroundings around the shops,” Subramanian said.

The lighting of the pavement and parking lots will be renovated as well, adding  a fresher look at Stanford Shopping Center.