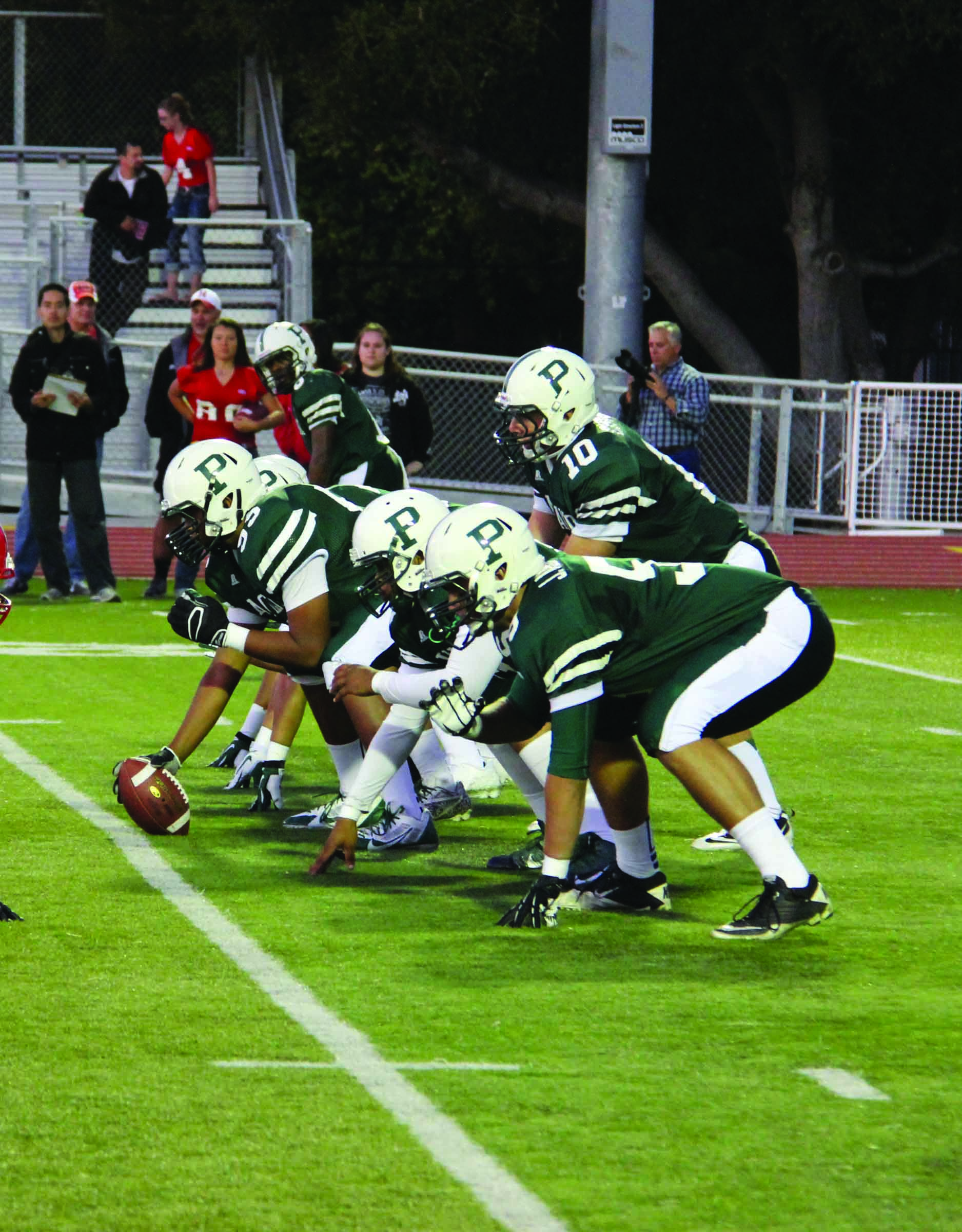 Senior quarterback Keller Chryst takes a snap during a 35-21 loss to Los Gatos on Nov. 28.

Football finishes with even record

The Palo Alto High School varsity football team’s inconsistency continued through the final games of the season. The Vikings closed out their season with two wins and two losses to finish with a disappointing 6-6 record overall and a 4-3 record in league. The Vikings were knocked out of the Central Coast Section (CCS) Division I bracket with a 45-21 semifinal loss to Saint Francis High School on Nov. 29.

The Vikings lost at home to Los Gatos High School on Nov. 28 by a score of 35-21. The game was close for the first quarter, with senior fullback Andrew Frick scoring on a three-yard touchdown run and senior wide receiver Keesean Johnson scoring on a 30-yard touchdown throw from senior  quarterback Keller Chryst to even the score at 14 apiece. That was as close as the Vikings would get, as Los Gatos rushed for three more touchdowns while limiting the Vikings to only a late third quarter touchdown.

The team followed up their loss with a dominant 43-point victory at Santa Clara High School on Nov. 15, winning by a score of 48-5. Sophomore Oliver Svirsky took the snaps at quarterback for the day and helped the offense drive for six touchdowns and a field goal. Svirsky, sophomore Shaun Pike, junior Jon Martinez and senior Malcolm Davis each had one rushing touchdown as the game brought in  289 yards on 34 carries.

For the first and only time all season, the Vikings managed to string together consecutive victories, smashing Leland High School on the road 54-24 in their first round of CCS. matchup. Chryst had a typically productive day, limiting turnovers while throwing for five touchdowns. The star of the day, however, was Johnson, who finished with a stellar 191 yards on eight receptions and four touchdowns, one of them coming on a 55- yard punt return.

The Vikings headed into their showdown against Saint Francis as a confident bunch, having won their last two games by a combined 73 points. The Vikings managed to stay within a touchdown for the first half, but the Lancers pulled away in the second half, scoring 17 unanswered points to win by a score of 45-21. The Vikings finished with their worst record since 2002, when they went an even 6-6.